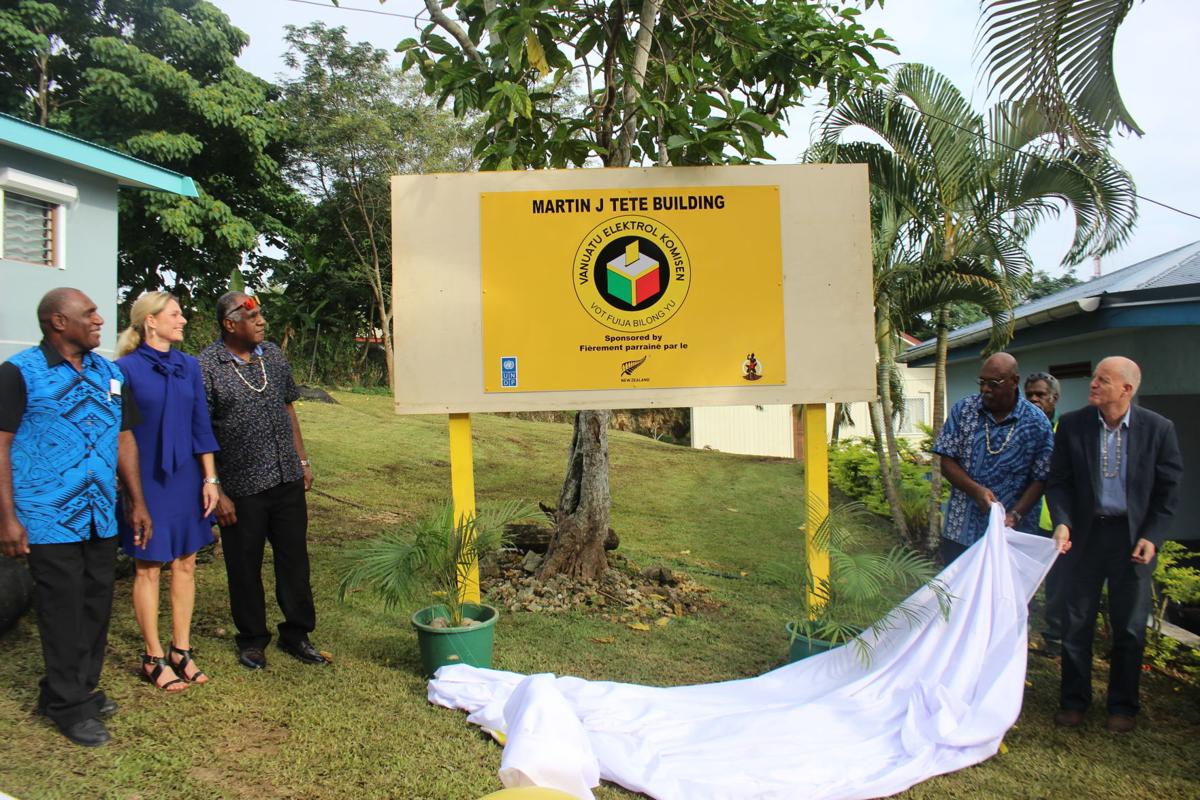 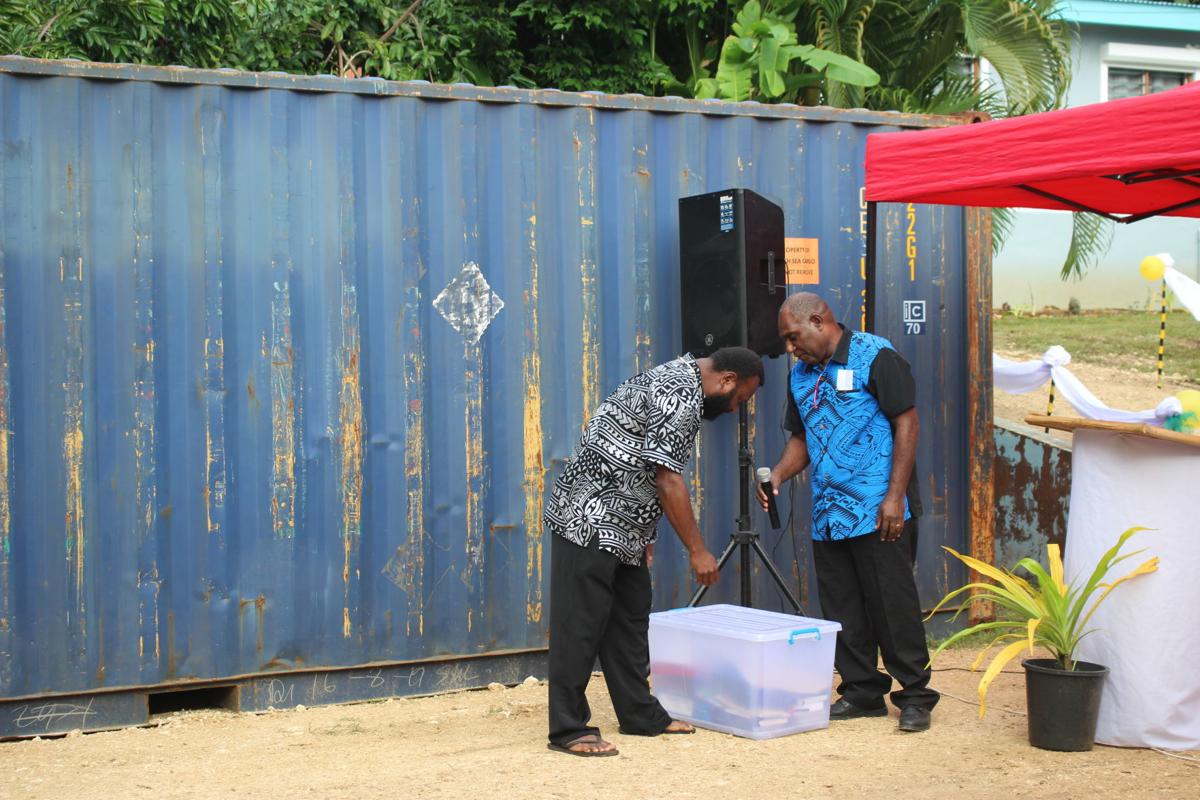 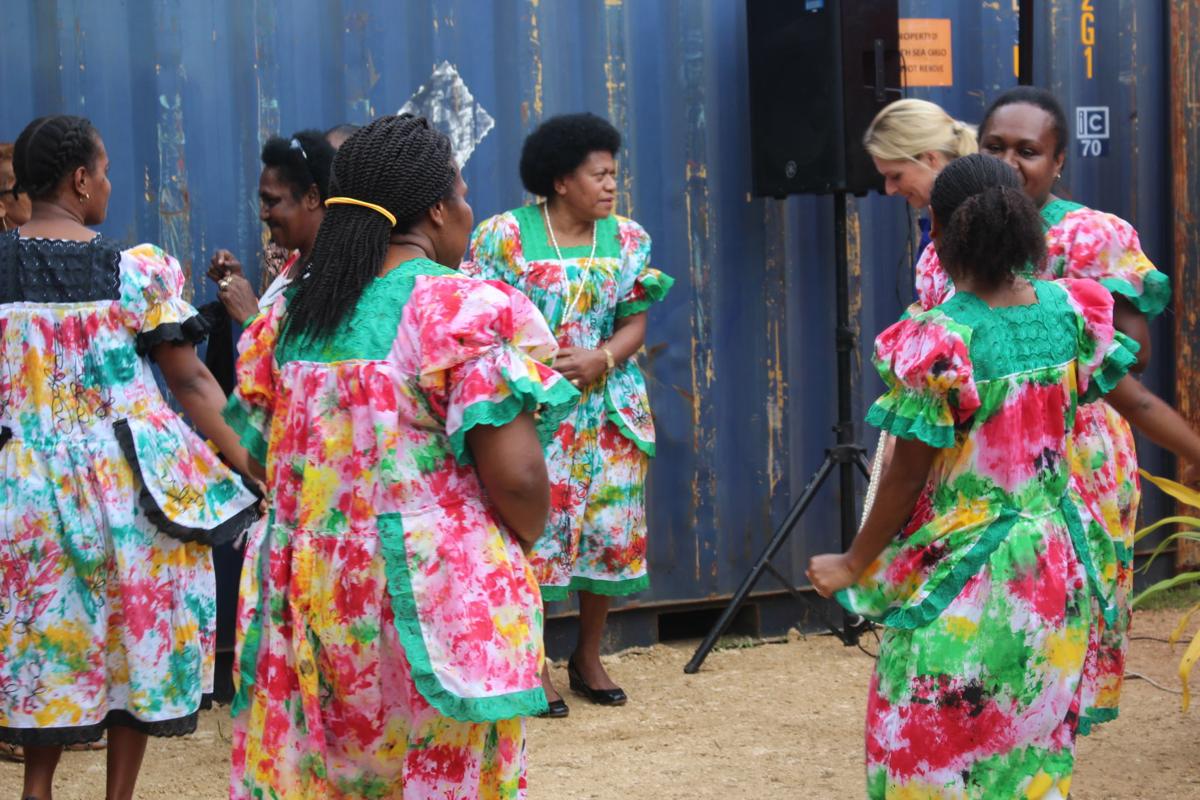 Staffs of EO and DG dancing 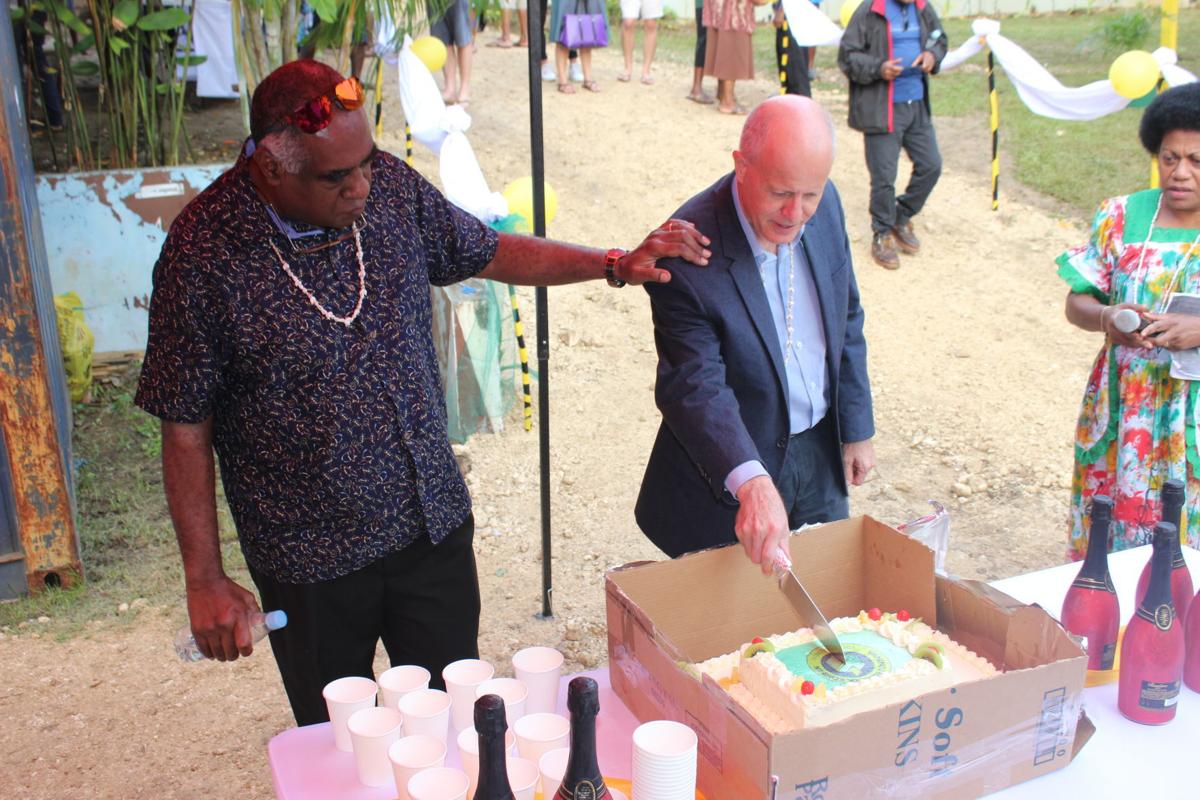 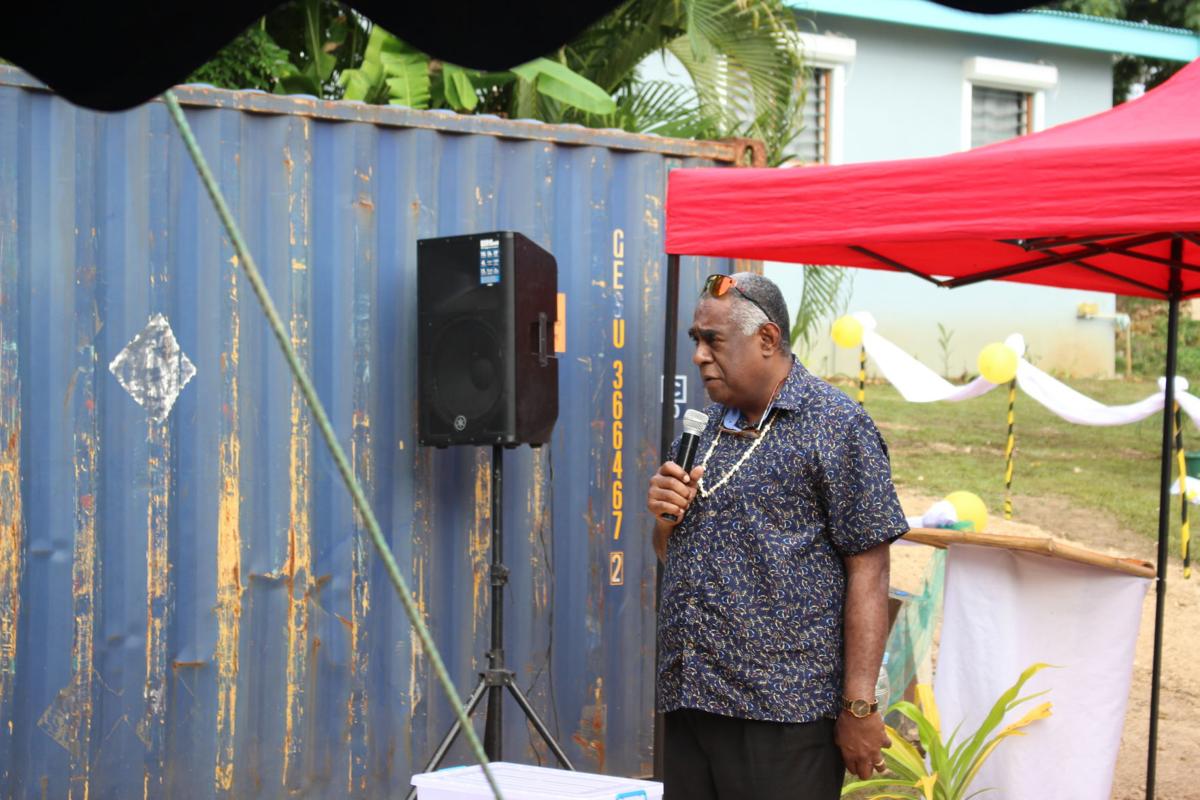 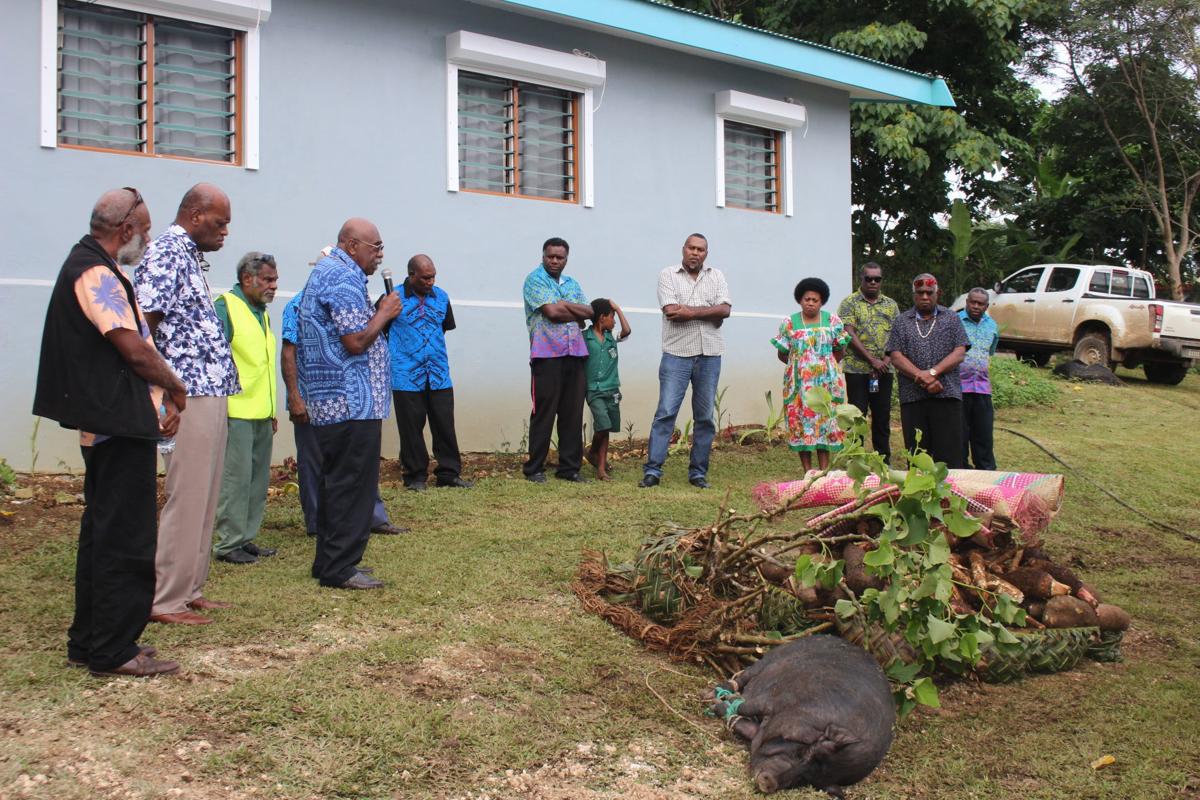 DPM performed a custom to the Chief of Ifira 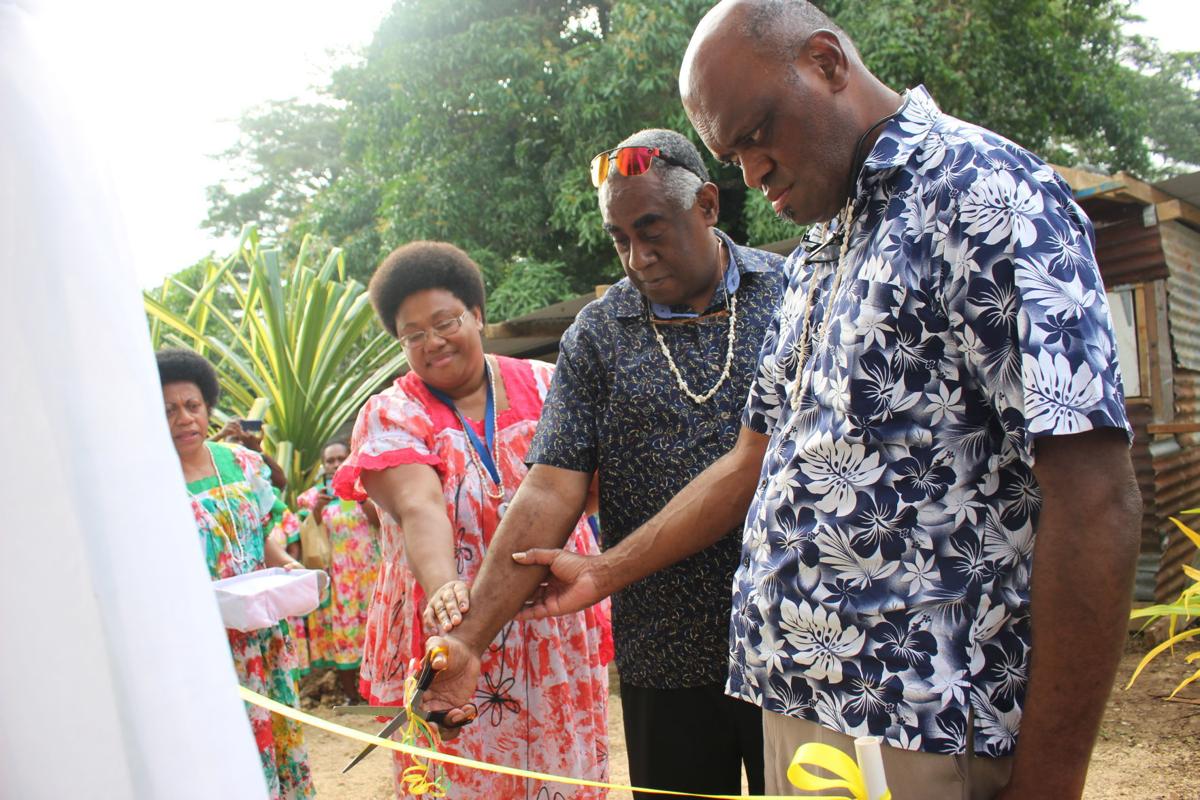 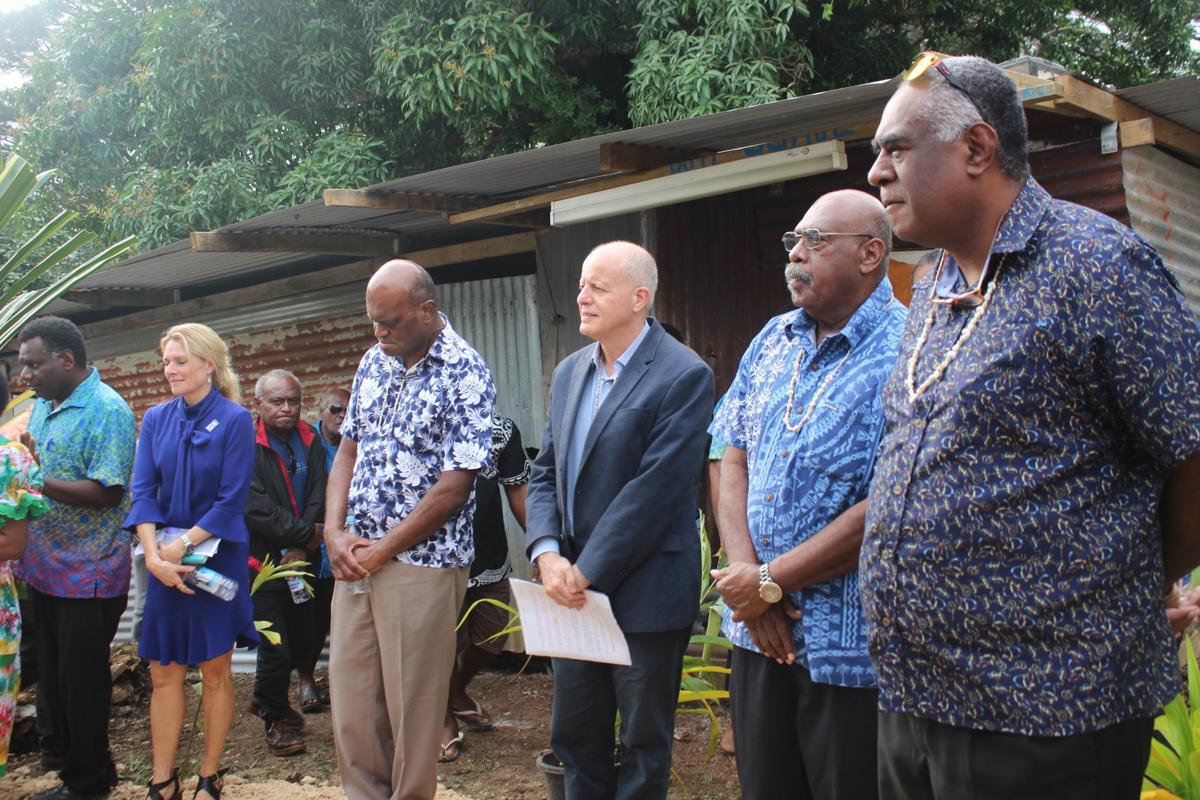 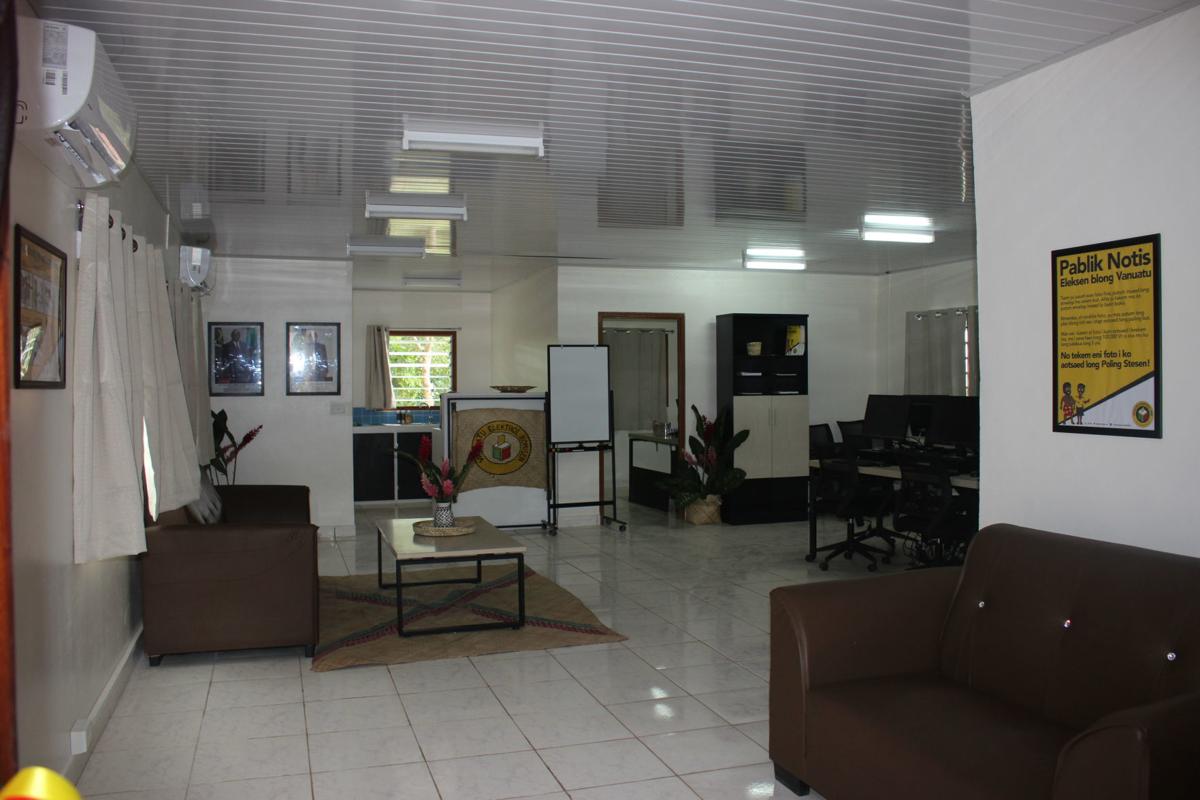 Inside the New Electoral Commission Office 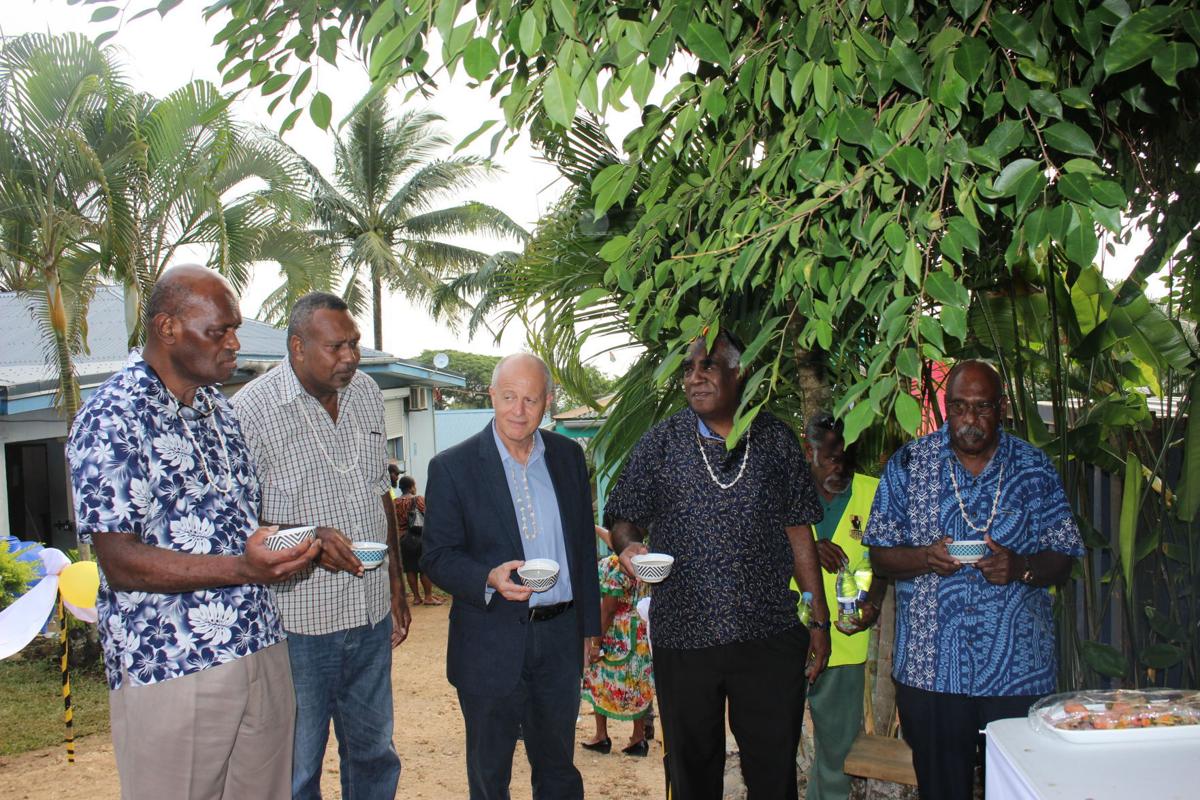 Kava to seal the ceremony 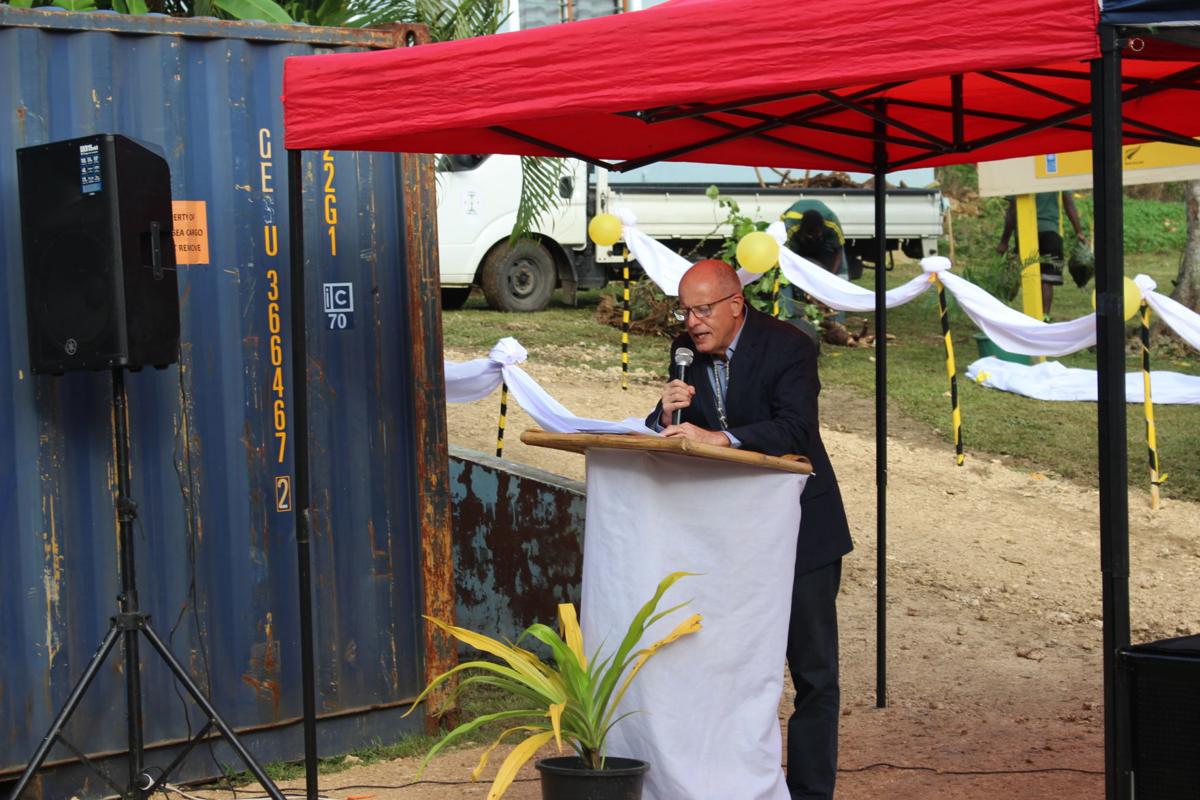 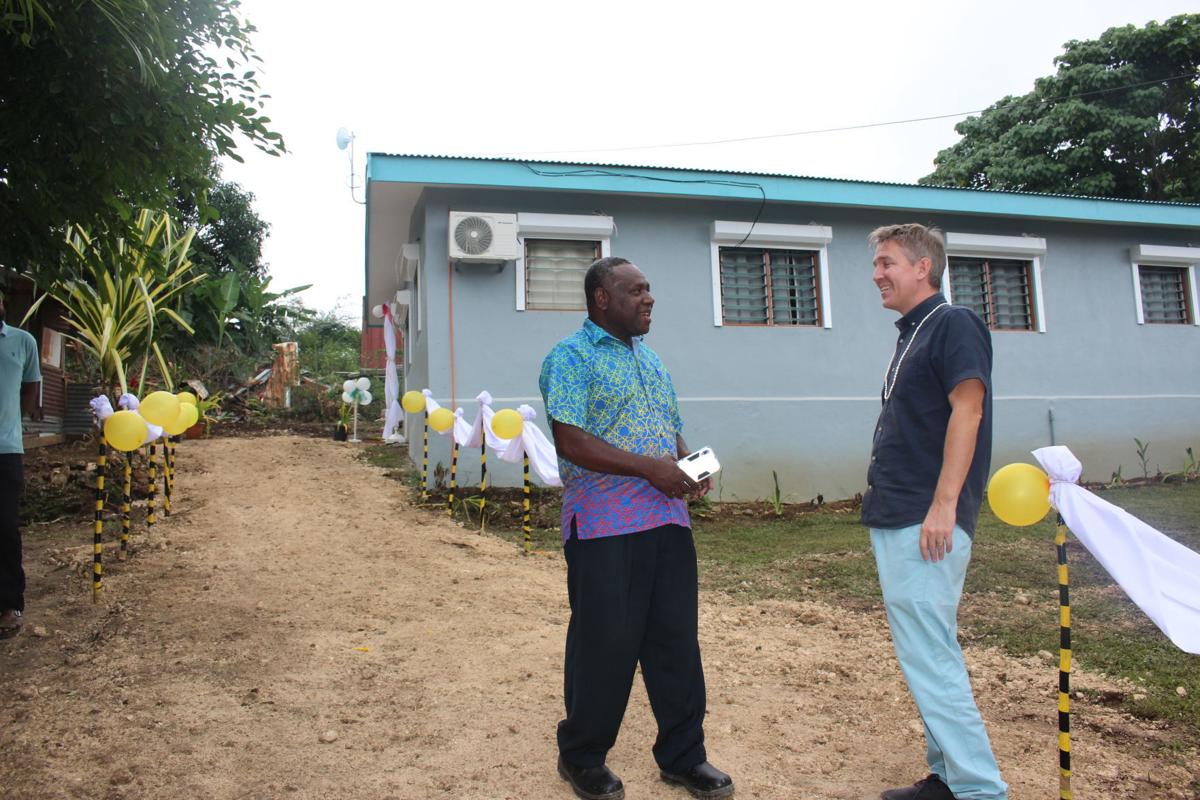 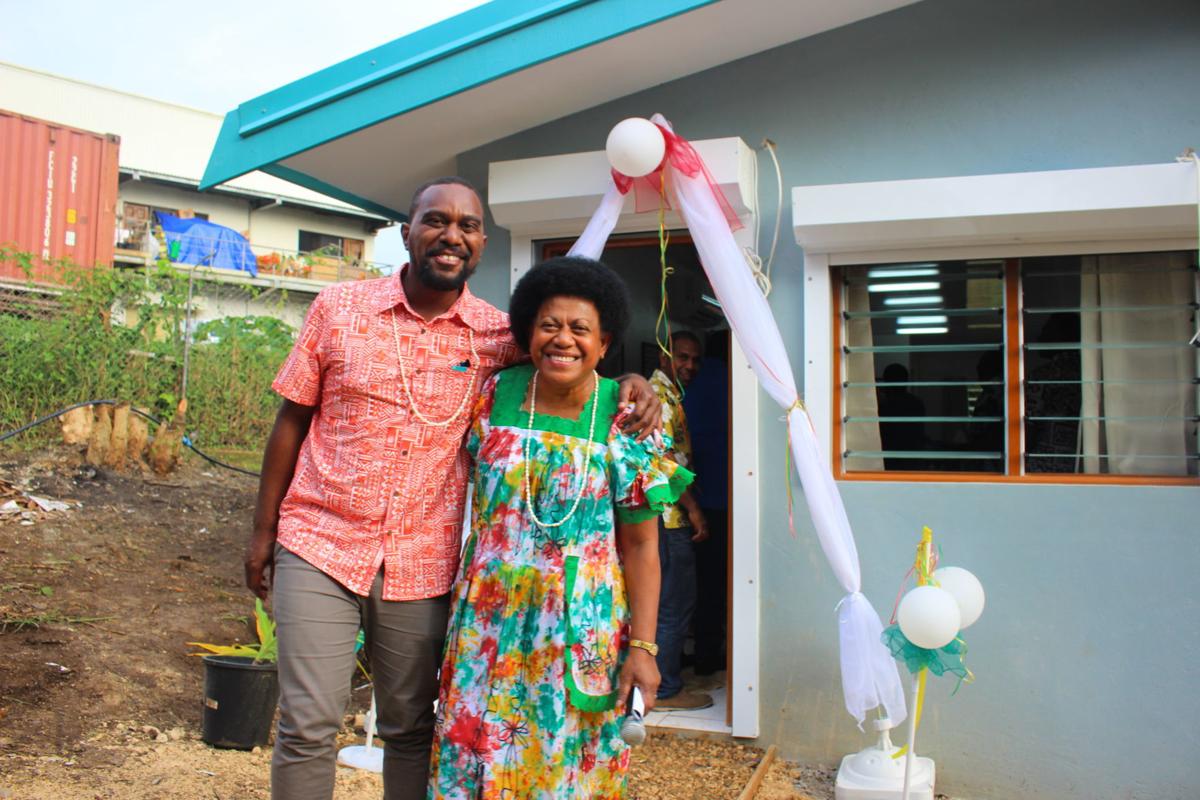 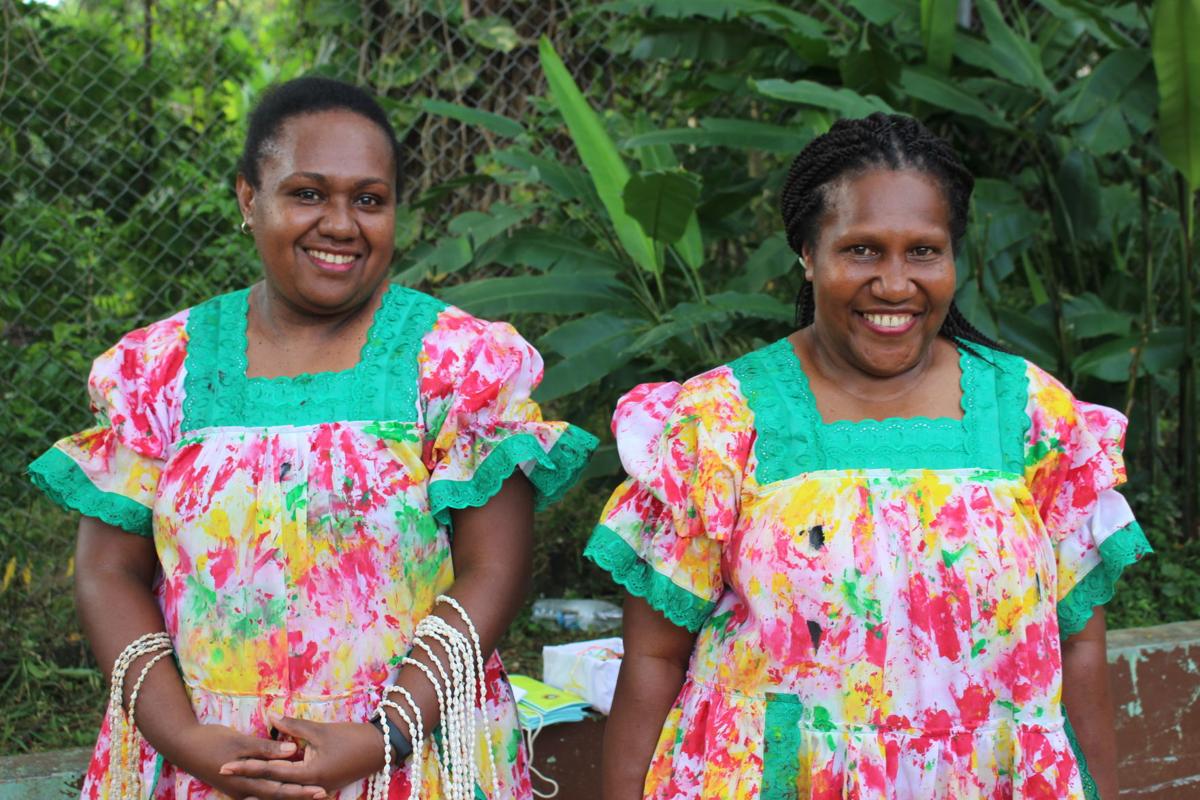 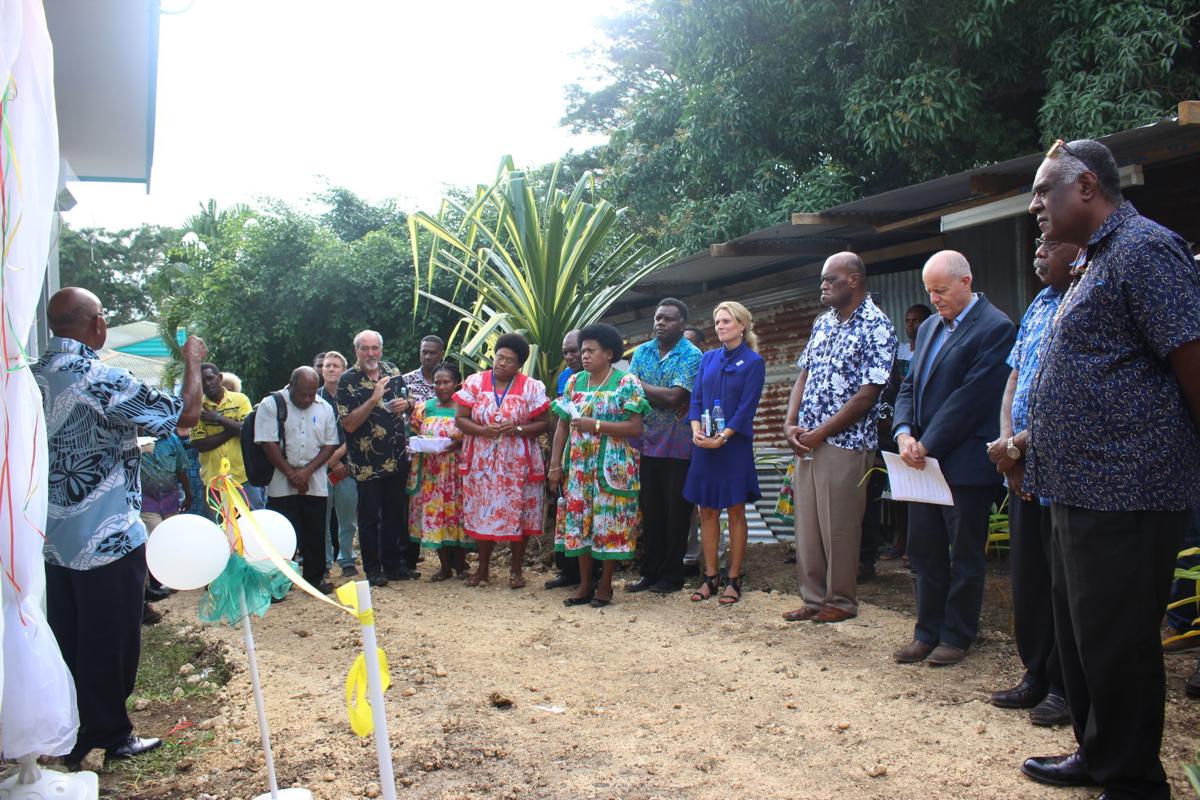 Staffs of EO and DG dancing

DPM performed a custom to the Chief of Ifira

Inside the New Electoral Commission Office

Kava to seal the ceremony

Vanuatu lost its elections expert – late Martin Tete – in March this year but his contributions to the development of democracy in the country will always be remembered.

The new office of the Vanuatu Electoral Commission, fittingly called ‘Martin J Tete Building ’ is testimony to this.

Before the unveiling of the signage and cutting of ribbon of the new building last Friday, Deputy Prime Minister and Minister of Internal Affairs, Ishmael Kalsakau performed a custom to the paramount Chief of Ifira, Mantoi Kalsakau III.

DPM Kalsakau reiterated the poor turnout of voters in the previous election and confirmed that the government is working on looking at options of improving voting.

He mentioned the government may look at the compulsory voting alternative.