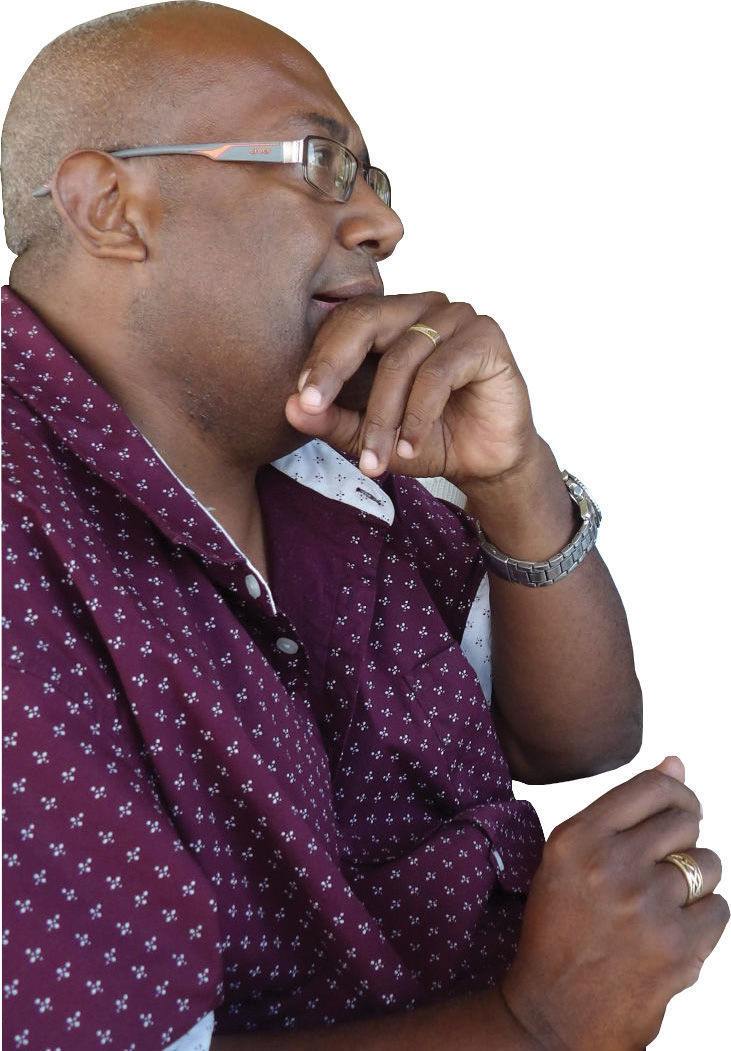 Former MP Jay Ngwele resigned as MP on the 9 January 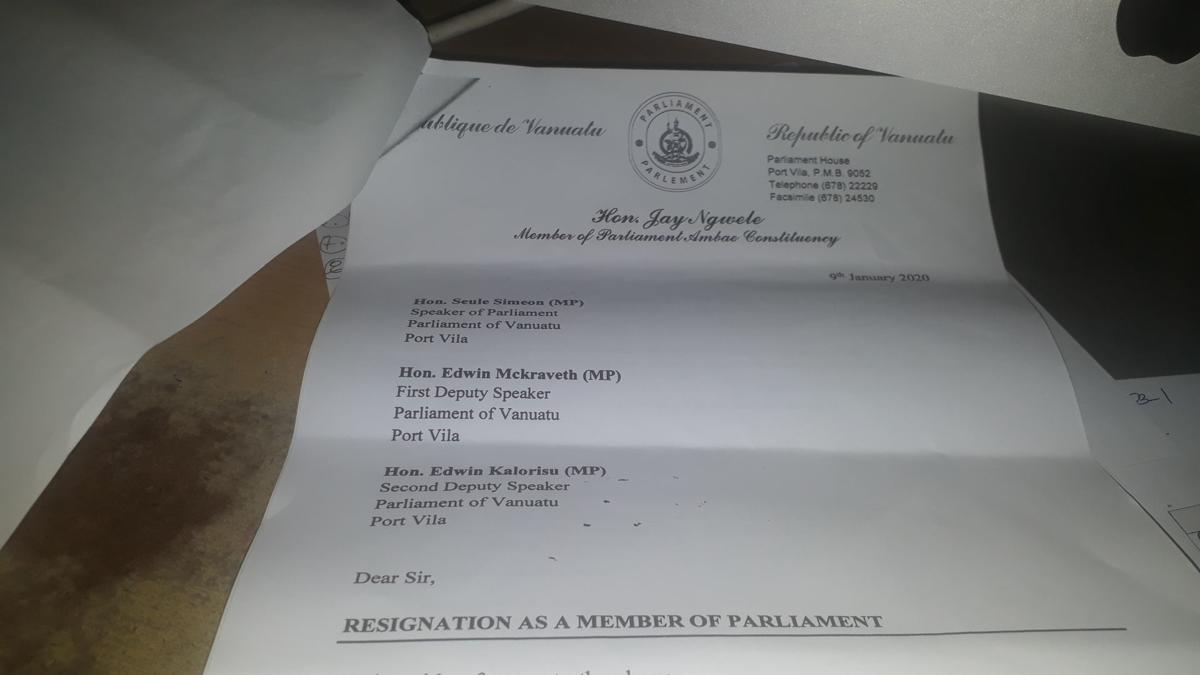 Former MP Jay Ngwele resigned as MP on the 9 January

Ambae’s Member of Parliament (MP) Jay Ngwele has tendered his resignation as an MP.

Mr Ngwele’s resignation was made just 12 days before the term of the 11th Legislature ends.

Mr Ngwele resigned according to the Members of Parliament (Vacation of Seats) Act [CAP 174] subsection 2(g) which states that a Member of Parliament shall vacate his seat “if he (MP) resigns his seat therein by writing under his hand addressed to the Speaker or in his absence, to the Deputy Speaker”.

“Parliament will end on the 22ndJanuary of 2020 and from the date of this letter to when the life of this Parliament concludes, there are no longer any more Parliament sittings or special sittings whereby i can exercise my role as an MP,” Mr Ngwele stated.

“I understand that as an MP my gratuity payment will be paid after the life of parliament has concluded.”

“On that particular date, as a proposed candidate i am unable to disburse my gratuity payment to assist my constituents.

“This is clearly set out under section 61A of the Representation of the People Act [CAP 146].”

This section provides for the Cut-off date for using representation allowance, any money or donations in kind.

“Therefore, after much careful consideration it is my respectful position that my gratuity payment should be paid to me much earlier than 22nd of January 2020,” Ngwele stated.

“I intend to use this gratuity payment to provide much needed assistance to my constituents given that we are still recovering from the aftermath of a volcanic disaster.

“I am also organizing my Party’s National Congress, which will commence on 13th to 19thof January and a sports tournament.”

He added from 17thto 19thof January 2020, the first National Congress of the Rural Development Party will be held on NduiNdui, West Ambae and he will be on Ambae on the dates mentioned.

“I, as the Speaker hereby confirm receipt and acceptance of your intention and therefore by the powers vested in me under subsection 2(g) of the Members of Parliament (Vacation of Seats) Act (CAP 174) hereby approve and subsequently declare your seat vacant, effective as of today 9thof January 2020,” Mr Simeon stated in his response.

Daily Post understands this is the first time for a Vanuatu MP to resign a few weeks before the dissolution of Parliament.