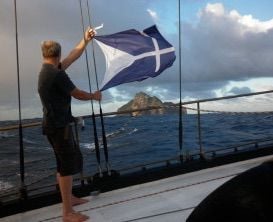 Some Lostisland activists previously tried to land on Hunter Island in 2012, but were prevented from doing so by severe weather. (inset) Yaroslav Mar 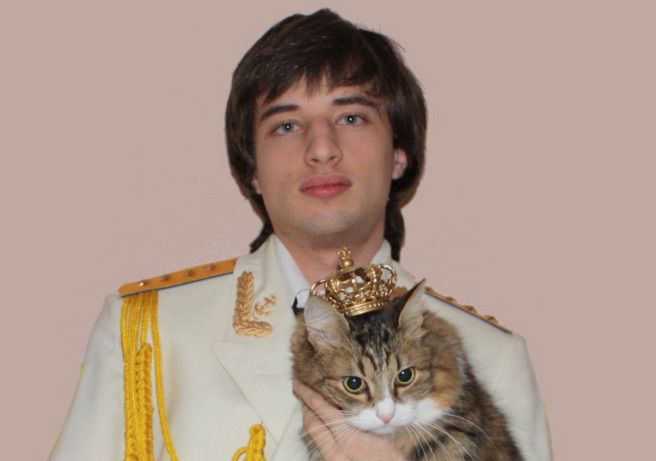 Some Lostisland activists previously tried to land on Hunter Island in 2012, but were prevented from doing so by severe weather. (inset) Yaroslav Mar

They wear their hair like The Beatles, they sail boats on the South Seas … and they are leaders of an imaginary “republic” they themselves dreamed up.

That, in-short, describes the unlikely bunch of predominately Russian internet eccentrics who plan to sail a boat to Hunter Island, one of Vanuatu’s southernmost localities, this weekend.

The “Federal Republic of Lostisland”, is headed by Moscow musician Yaroslav Mar. The group says on its website that it asserts symbolic, but not actual, sovereignty over the remote, uninhabited volcanic Hunter Island.

Ownership of tiny islet, also known as Umaineag to the people of Aneityum, is also claimed by France. Despite the official claim by Paris, leaders of the pro-independence Front Liberation Nationale Kanak et Socialiste in New Caledonia reportedly recognized Vanuatu’s sovereignty over the islands in 2009.

In an online statement, the Lostisland activists claim that as part of their naval expedition to the islands “an attempt will be made to debark on the island and plant the Lostislandic flag on there together with a capsule containing a message from the Life President and an up-to-date list of citizens.”

Pyotr Morozov, an official spokesperson for Lostisland, told the Daily Post that their expedition will be “headed by Captain Martin Legof, a German residing in New Zealand”.

The Lostisland spokesperson said that Captain Legof’s boat expedition was legitimate and legal. “I can assure you he possesses the required permissions for the visit from both governments and no law violation takes place”. He said there was no hostile intention towards Vanuatu behind the expedition.

The Daily Post was unable to independently confirm whether Captain Legof and his crew have received any official authorization from Vanuatu’s Foreign Ministry to enter the island.

After being contacted by the Daily Post, Lostisland scrubbed away comments from its website where they had stated that they recognize the French sovereignty over the Hunter Island. Instead, in a newly released statement, the group said that it does not attempt to contest the territorial claims of either France or Vanuatu.

Some Lostisland activists previously tried to land on Hunter Island in 2012, but were prevented from doing so by severe weather. Instead, they had to make do with hoisting the blue-white banner of their “republic” on the deck of their own boat, with the outlines of Hunter Island being visible only as a distant backdrop.

Lostisland stops short of claiming they are a real-life state, describing themselves instead as a “cultural project”, and as “state emulation”. Suprisignly, Lostisland has also registered as a non-governmental organisation with the United Nations through an online database system known as CSONET.

Farhan Haq, Deputy Spokesman for the UN Secretary General told the Daily Post “I can confirm that the organization Lost island created its profile in the database”. However, Haq noted CSONET included a disclaimer stating inclusion in the database did not in itself signify any affiliation with the UN.

Haq told the Daily Post that, in effect, almost anyone could register as an NGO on CSONET. “At the moment, the only checks done before approving a profile are that they are not duplicates or spam. Unfortunately, the Department of Economic and Social Affairs does not have the resources necessary to perform substantive checks.”

Lostisland does not currently have any Ni-Vanuatu or New Caledonian members, at least according to a map of the locations of their “citizens” that the group publishes online. Spokesperson Morozov said he was “surprised” by a question about whether this might mean the group could represent a colonialism-style mindset, and rejected the suggestion.

Lostisland’s official history says that the group emerged out of a now-dysfunctional Russian-language online gaming and role-playing community several years ago.

While Lostisland has backers across the world, to some of its young, affluent, city-dwelling Muscovite online supporters, its project may represent a absurdist satire of contemporary Russian society: This is centred around the concept that doing something seemingly mad, totally out-of-place can be used to show how arbitrary the social rules dictating what is considered normal are.

Morozov told us “You’re partially right about Lostisland being absurdist critique, however we don’t limit ourselves to criticizing, and I can be honest, Lostisland is a hobby for us”.