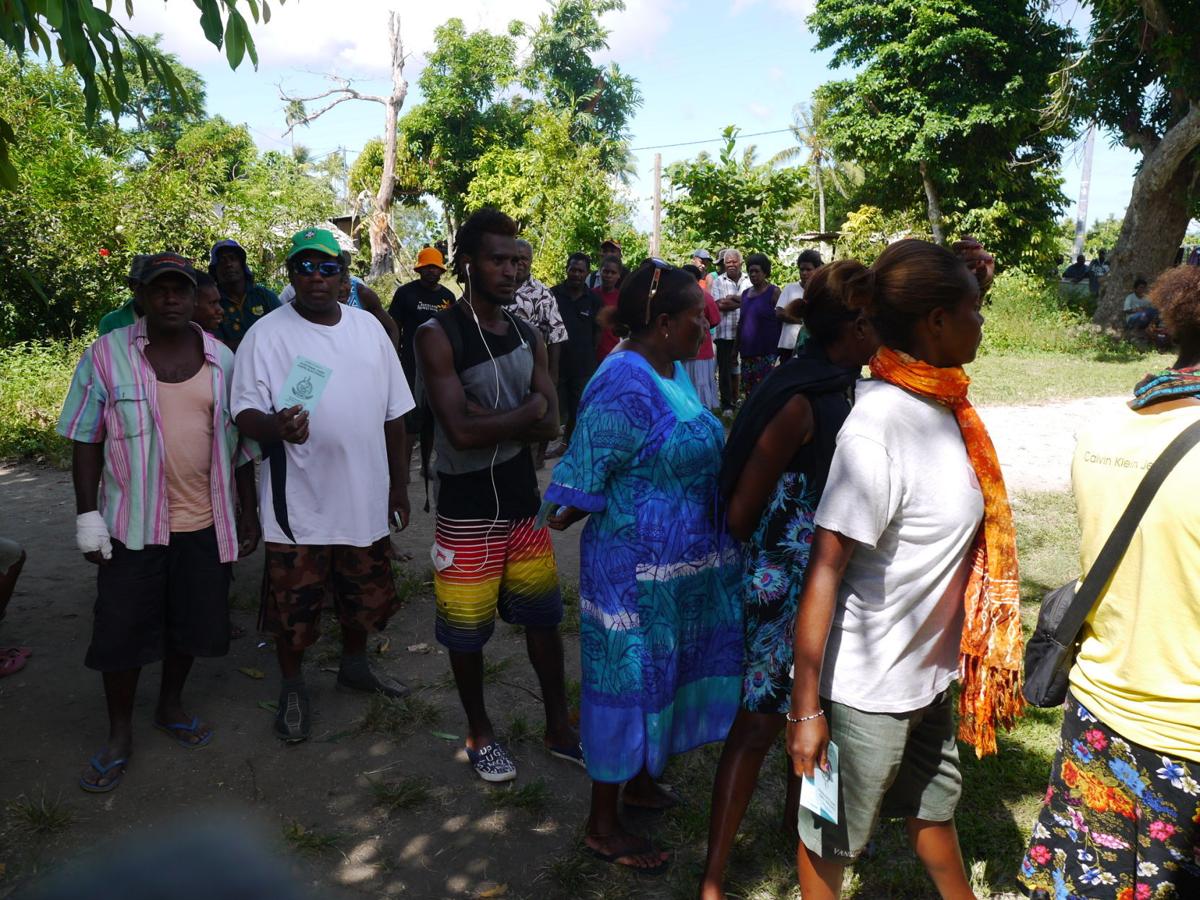 Queuing to vote at Blacksand polling station at 9 a.m. 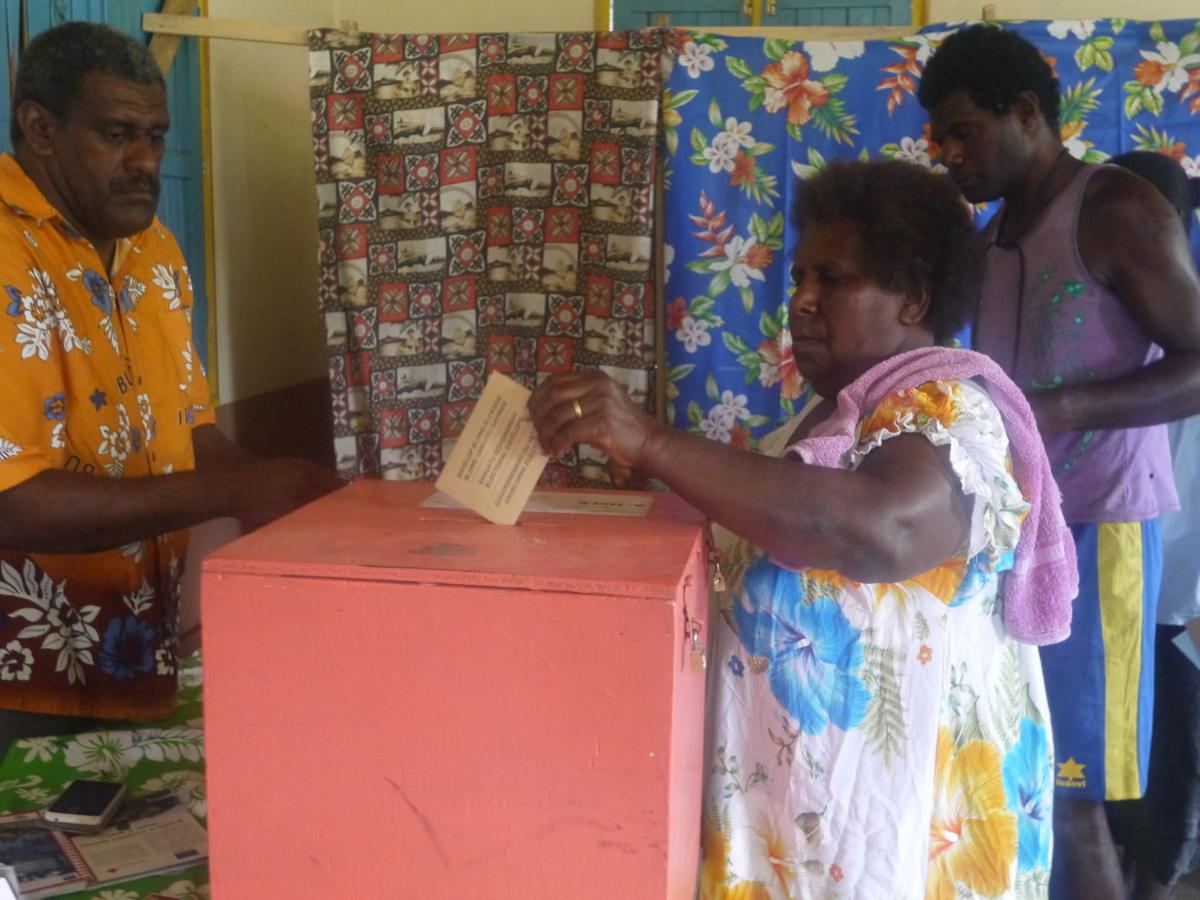 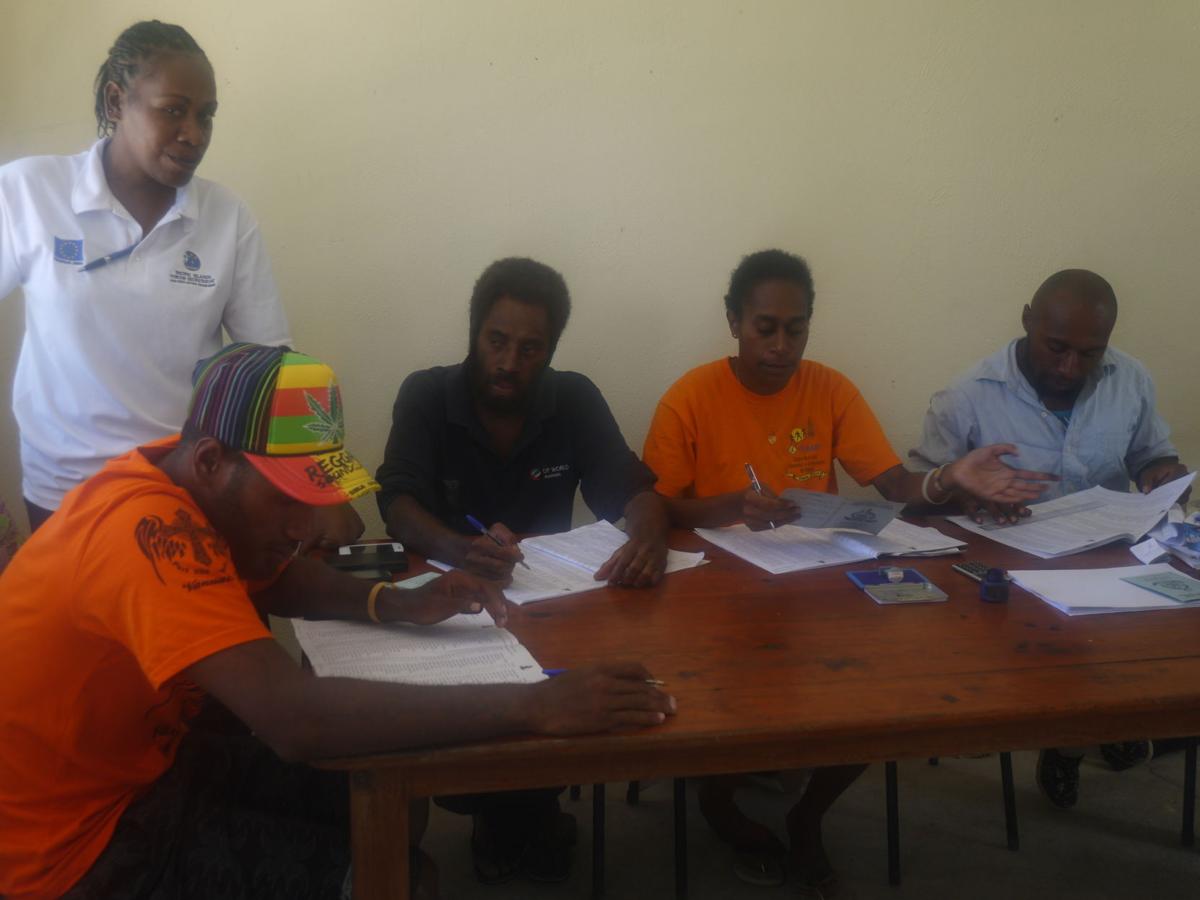 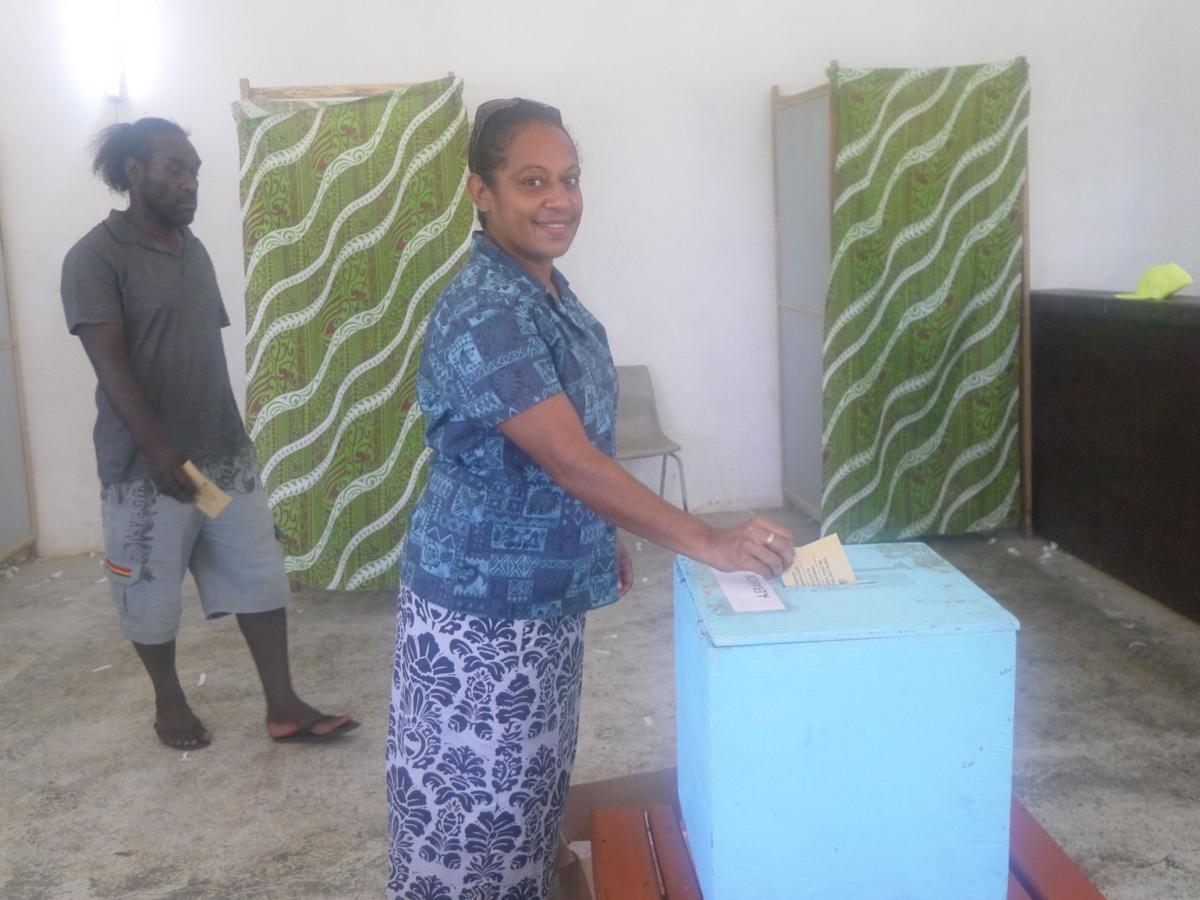 Queuing to vote at Blacksand polling station at 9 a.m.

Independents lead the unofficial results of Friday’s general election in Vanuatu as the first provisional tallies began to come in after voting closed at 4.30pm in most of the 350 polling station throughout the country. Newcomers also make up most of the provisional results that the Daily Post has received of mainly the single seat constituencies.

Maewo Constituency has a new man Ian Wilson an Independent candidate representing the local organization, Mwasoanda, with 1250 votes has dethroned the 4-term MP Philip Boedoro of Vanua’aku Pati with 675 votes.

Epi has two new comers as well in Isaac Daniel Tongoliu (Independent) — 528 and Seule Simeon (UMP) – 521 have led over Robert Bohn who came 6th and Isaac Amariliu who came 4th.

On Paama, newcomer Fred William Taso of GJP has gone through while in the Southern Islands Constituency, another new comer Ben Leeshi (Independent) has won through.

Unofficial counting is continuing in the larger polling station including in Santo, Malekla, Efate, Port Vila and Tanna.

Polling went generally smoothly and peacefully throughout the country and indications from many polling stations are that the voter turnout many not as much as a lot of people may have thought.

There were also issues with polling cards that a number of people turned up at police stations with their cards but their names were not on the roll and they were not allowed to vote.

At Blacksands polling station, Willie Iopa who has been voting in the station since the 1990s said Friday’s election was an important one for people to cast their votes and to vote for the right people to enter Parliament to make laws to protect the rights of indigenous ni-Vanuatu.

At Mele polling station, with the largest number of registered voters ij the country of over 3,000, Roro Sope, presiding officer, Mele said due to long line of people already in place ready to vote and all the 9 polling clerks also in place, he decided to open the poll at 7.20 a.m. earlier than the normal time of 7.30 a.m. And about noon, about 45% of voters cast their votes. Voting went smoothly, no interruption and many overseas observers visited to observe polling at the station. Sope said he expected a good turnout of voters at Mele village.

Pierre Chilia, Mele village said he believed there would be many new faces in the next Parliament after this election.

Patrick Kalokis, Erakor saw that many people especially in the morning turnout to vote, especially to see a change in the development of the country.

Maxime Carlot Korman, the veteran politician voted in Erakor village, contested election in Port Vila as a candidate, congratulated the Electoral Commission and the Electoral Office for a good job in organizing the election.

“Think the Electoral Office did a good job even though it was a snap election, held at such short notice. I heard in the morning that every ballot box had reached every polling station including the remote areas for the vote to start this morning, so I think that was a huge job,” he said.

“Sometime in past elections, we saw that some polling stations opened late in remote places, but today the work done by the leaders of the Electoral Commission and the Electoral Office in getting the polling stations to all open in time was really good. I think the election will go smoothly and counting will start on time, not as in the past sometimes.”

“Another thing I saw that is really good is that in some polling station in large numbers of registered they have increased the number of polling booths from three to six or eight, which makes it easier and quicker for the processing of people to vote and the election go easier,” he added.

At Rentabau polling station 608 registered voters, at 12 p.m., presiding officer Linda Rokrok said about 25% of voters had cast their votes. She reported that they had issues with polling cards with about six people who checked in with poling cards but their names were not in the roll, so Linda said she could not allow them to vote.