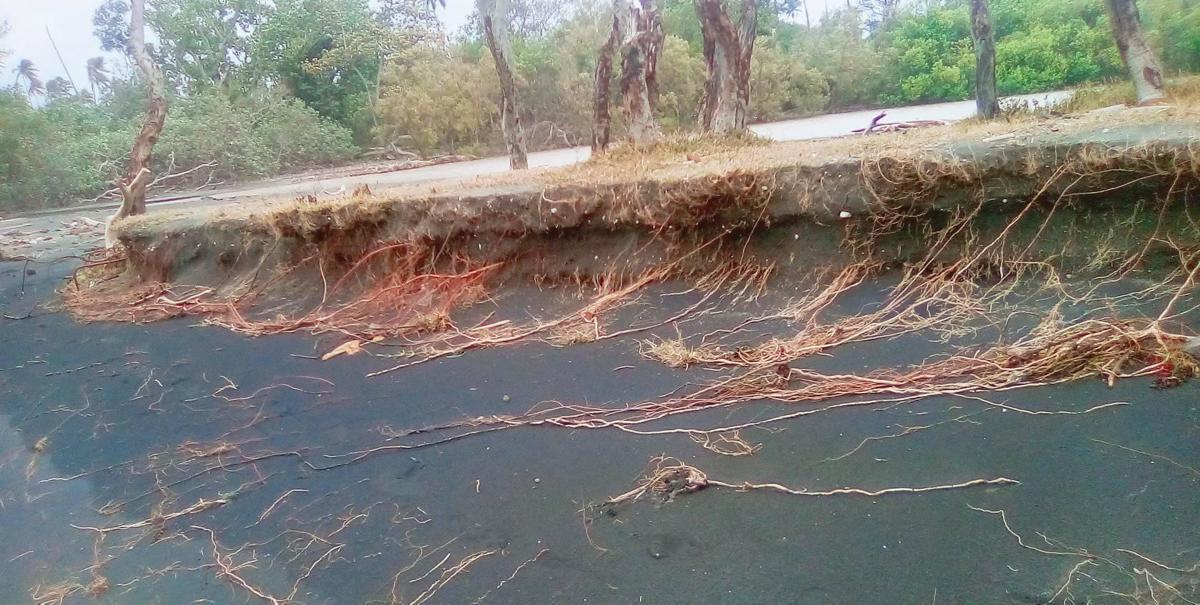 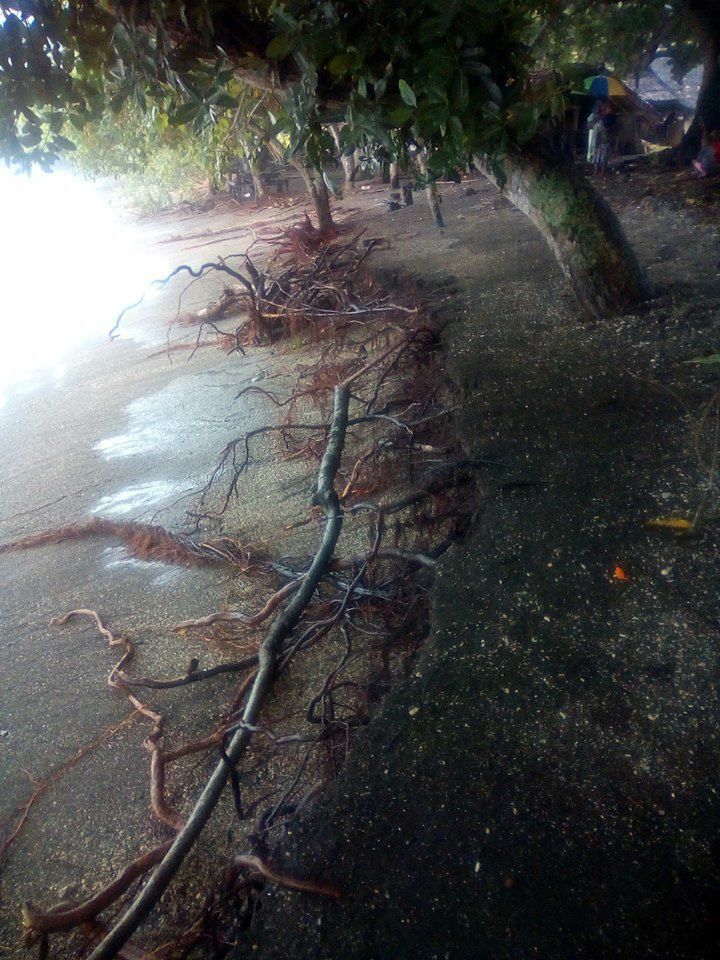 Shorelines in Vanuatu have been eroding rapidly due to constant cyclone activities, a serious concern for rural communities.

Apart from sea level rise, heavy rainfall leading to coastal flooding and huge waves generated by cyclones contributes to the removal of shorelines.

While coastal communities in Vanuatu are vulnerable to erosion, the shorelines are critical to their economy.

The majority of the country’s population in rural areas depend on their coast and marine resources for survival.

Shorelines protect communities from erosion and provide habitat for marine lives. The destruction of shoreline will result to depletion of marine resources.

A concern has been raised by the Area Secretary of North Ambrym, Jackson Willie, for local authorities to recognize risk management for future events.

Cyclone Oma has uprooted trees along the coast and leave homes and infrastructure such as roads and tourism businesses vulnerable.

Area Secretary Willie conveyed that two buildings of a bungalow in north Ambrym have recently collapsed due to ongoing coastal erosion in the area.

“The bungalows will be demolished and maybe relocated further inland.

“The waves have been washing away the coast and the threats from cyclones also contributed to the bungalow demolition”, he said.

Communities depend on their tourism businesses such as bungalows as a source of revenue.

Malampa Disaster Officer, Abelson Abel, said they have advised the people from Litzlitz to Lakatoro in Malekula yesterday to move their properties at the coast such as canoes further in land away from the high swells.

“In some areas, the waves were around 3 to 5 meters inland.

“The people on the small island of Vao also reported coastal destruction. They are expecting food shortage since they have not visited the mainland to get food from their gardens”, he added.

Huge swells generated by cyclone Oma have been battering communities in the provinces of Torba, Malampa, Penama and Shefa for several days.

Cyclone Oma was slowly moving south yesterday. It was downgraded to category 2 after intensifying. Rough conditions and coastal erosion are still expected until it moves away from Vanuatu.