You have permission to edit this article.
Edit
Home
News
Business News
Opinion
Sports
Tourism
Jobs
Real Estate
Classifieds
Advertise With Us
1 of 11 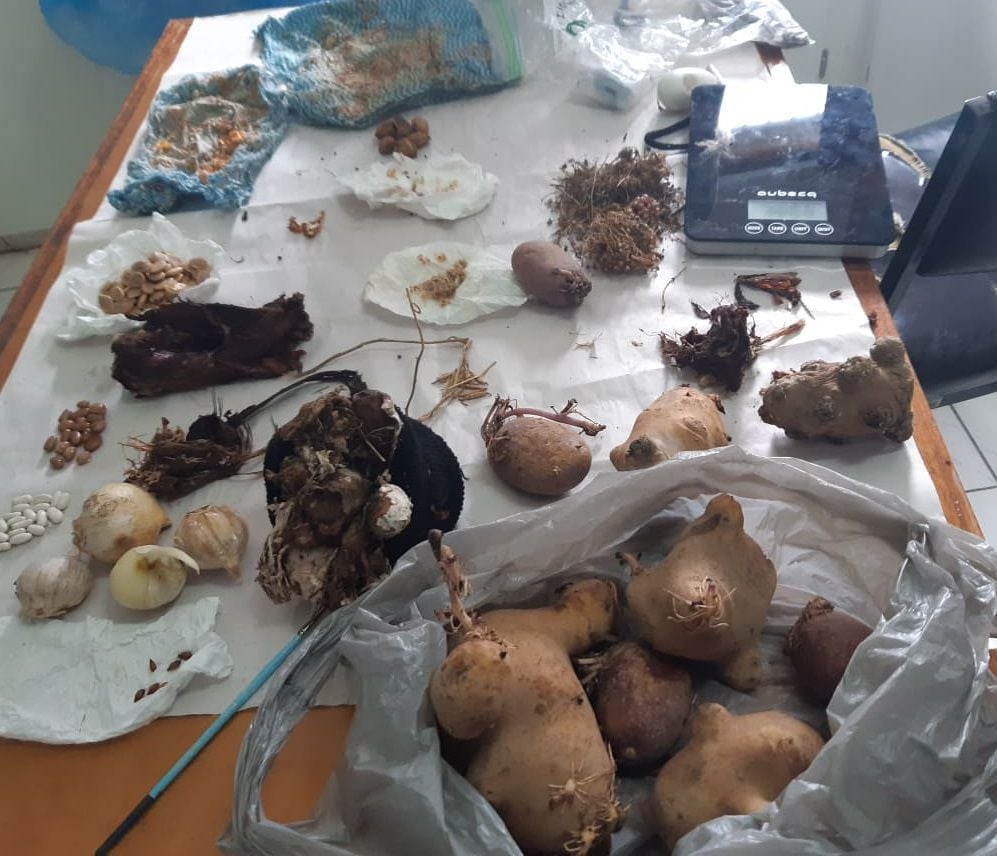 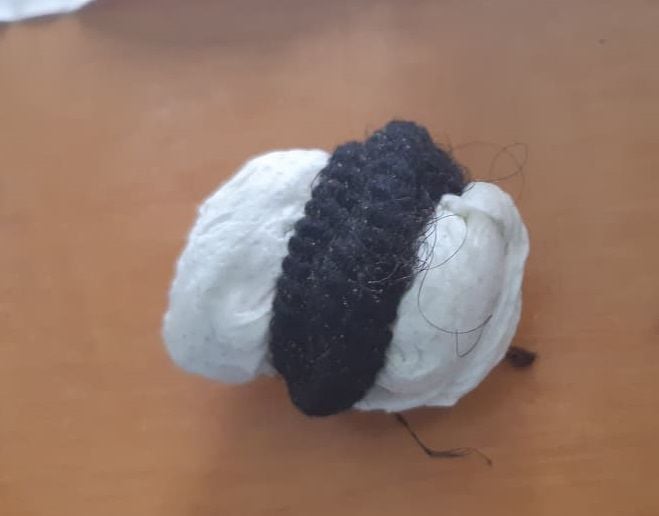 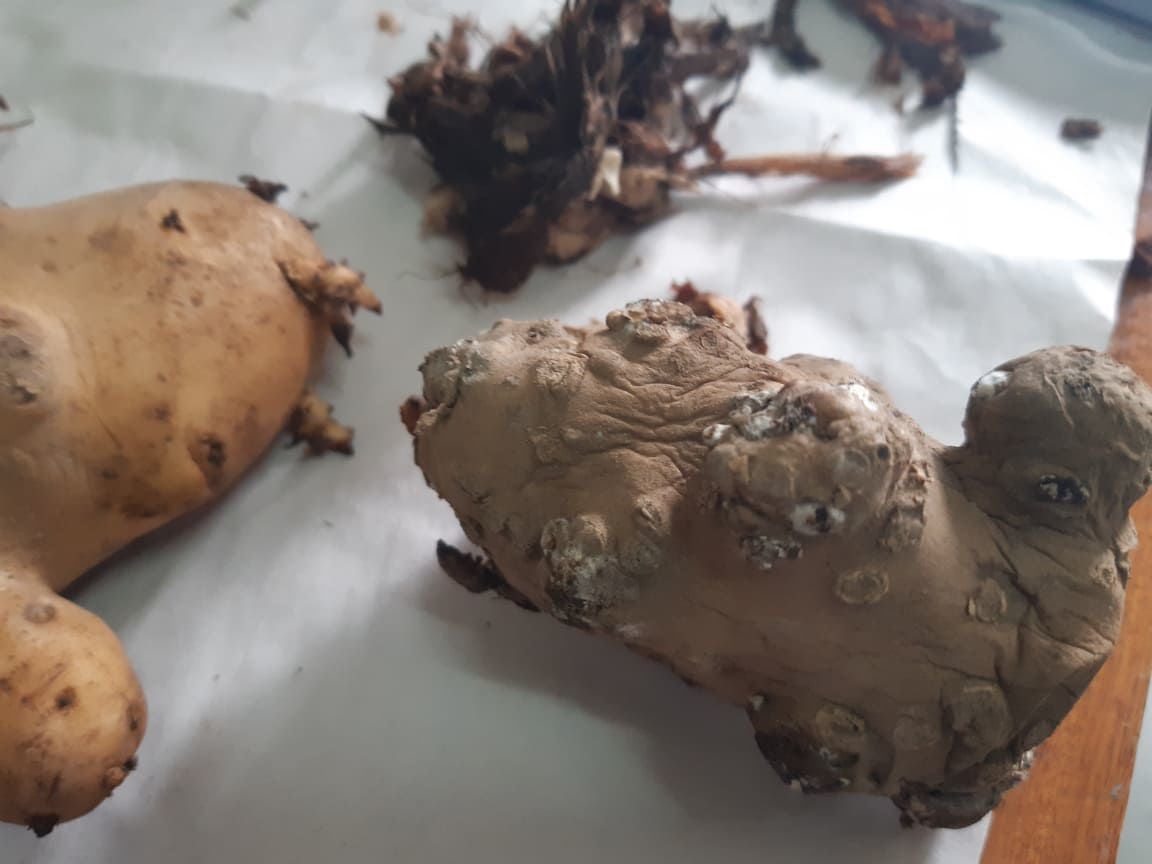 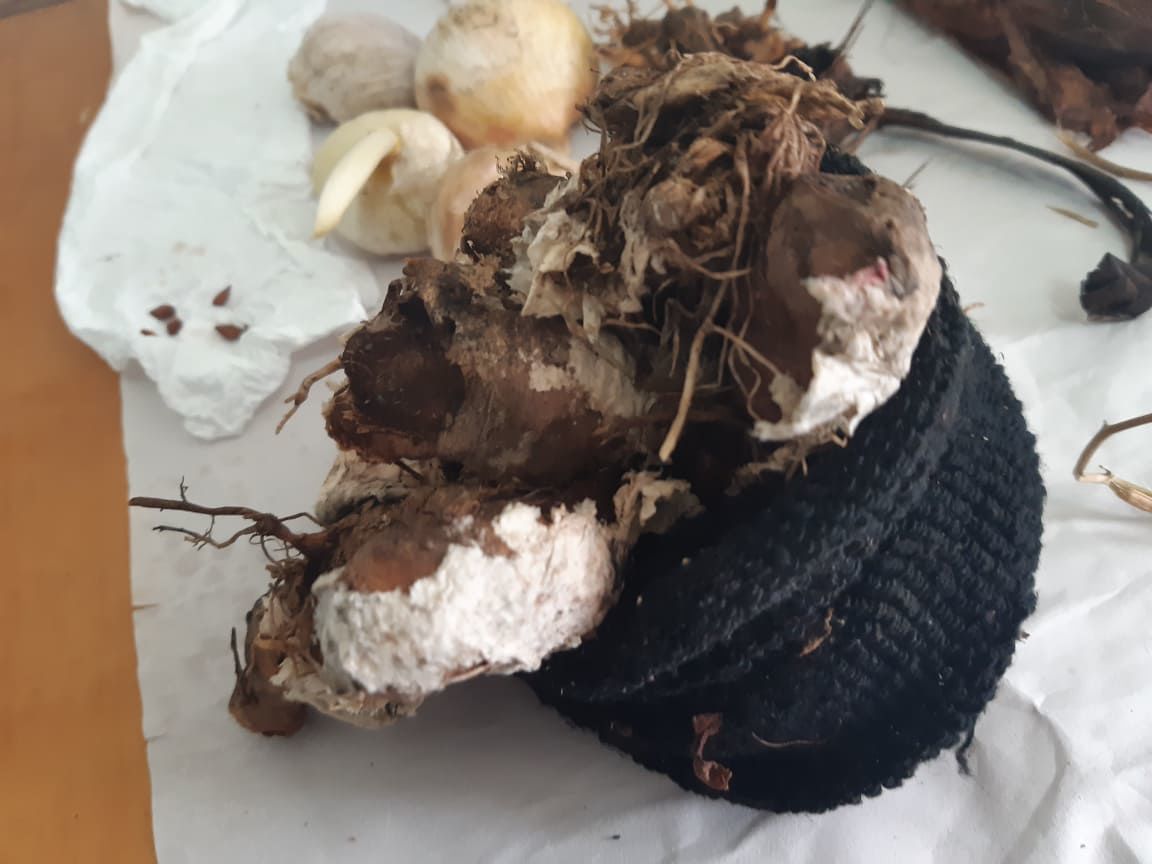 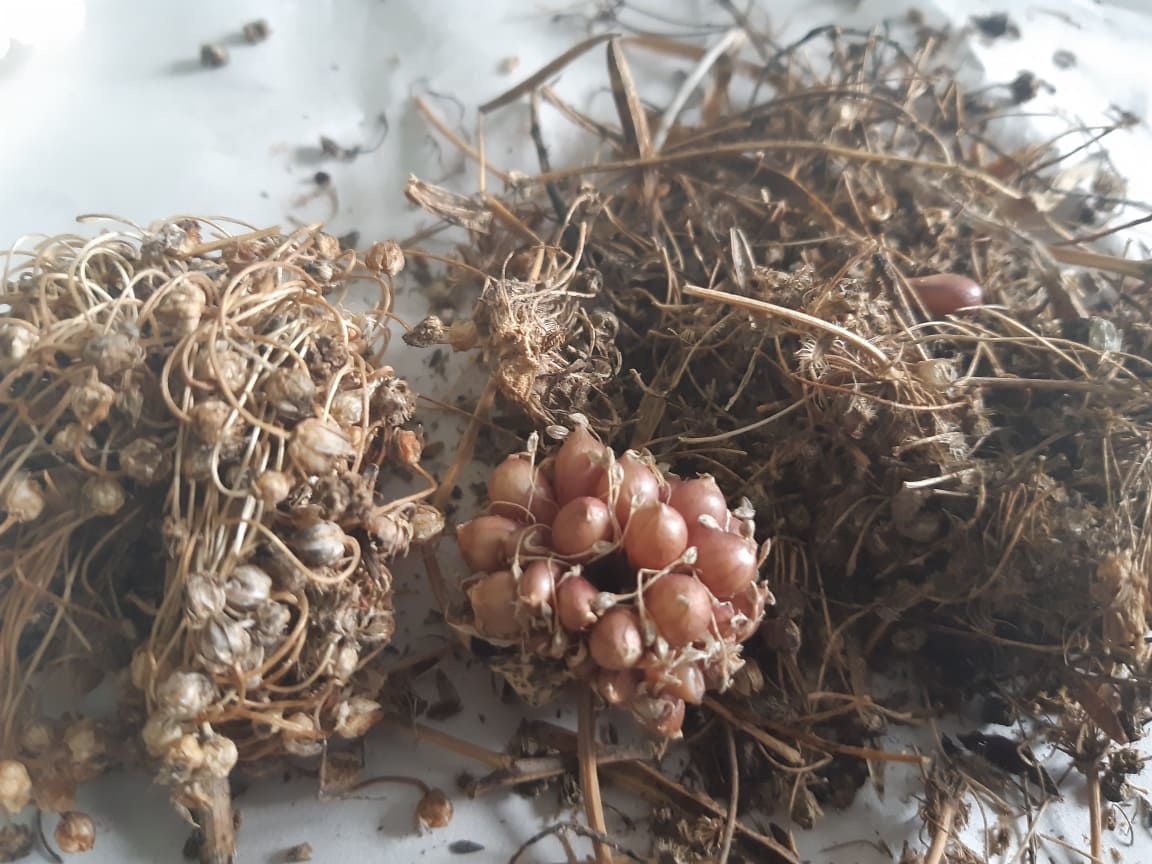 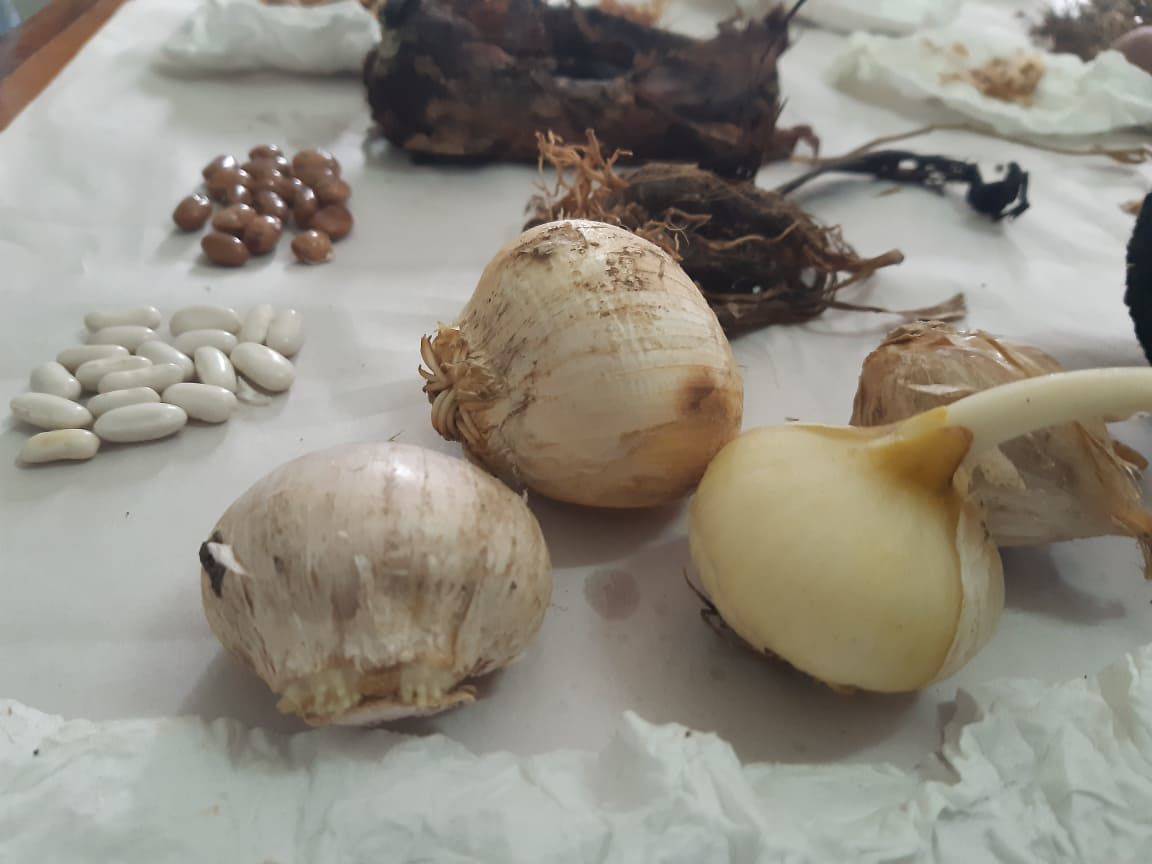 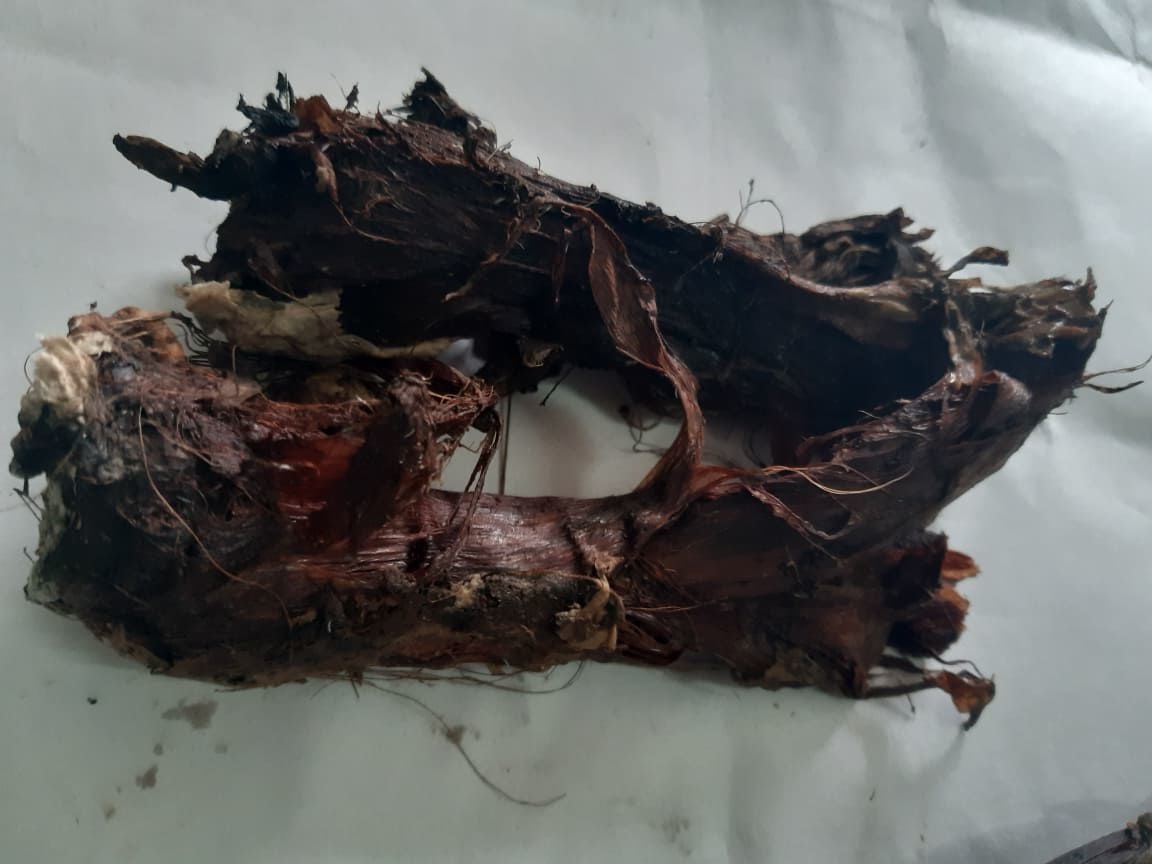 One of the illegal plant varieties yet to be identified 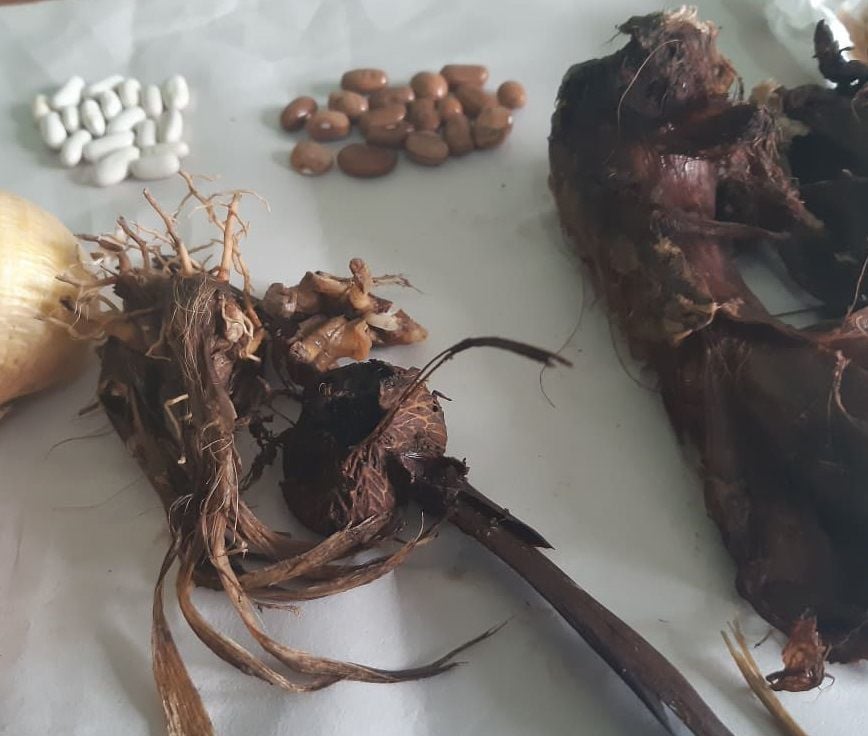 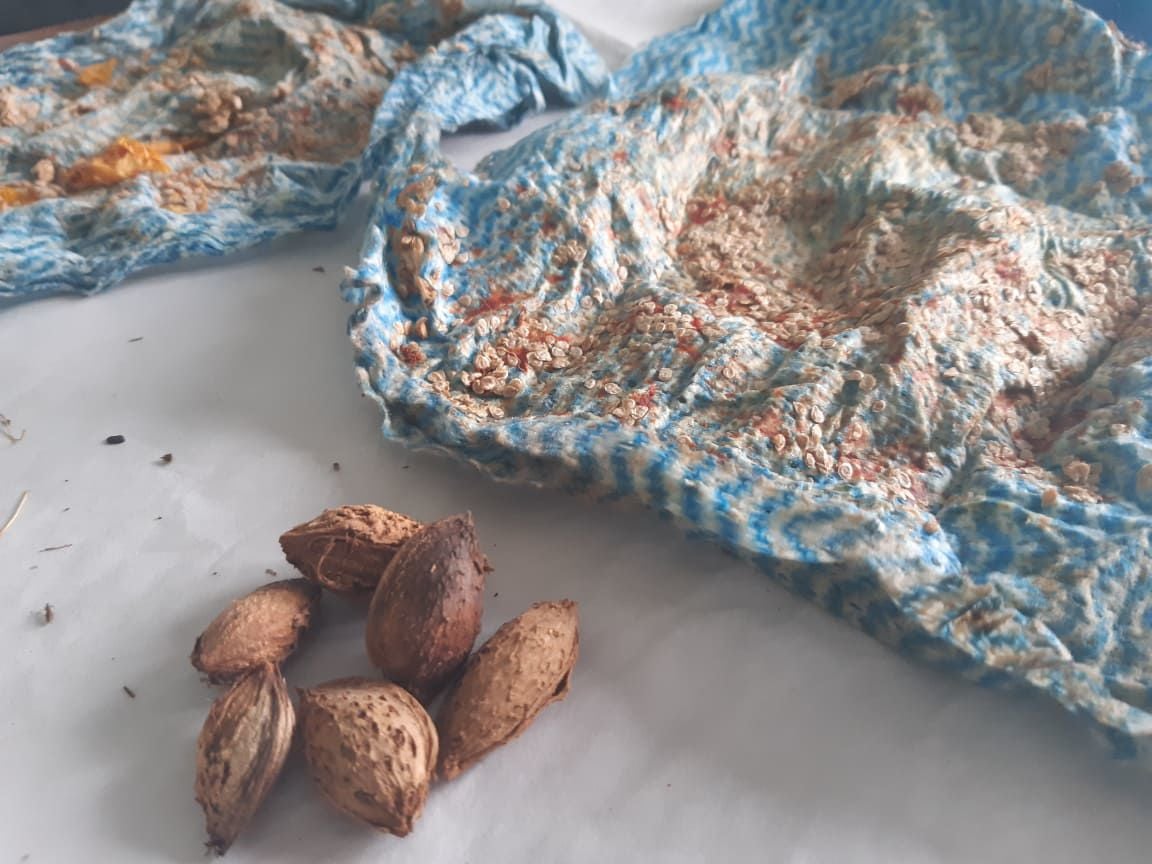 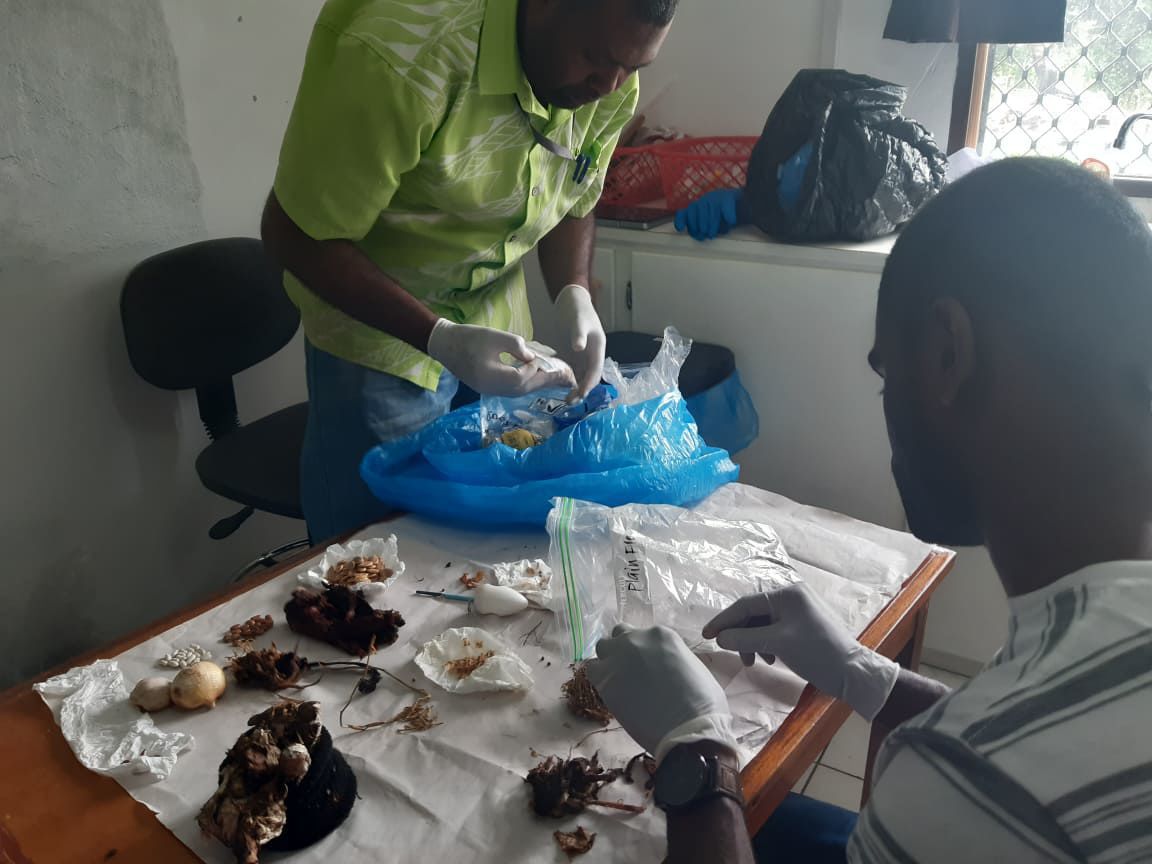 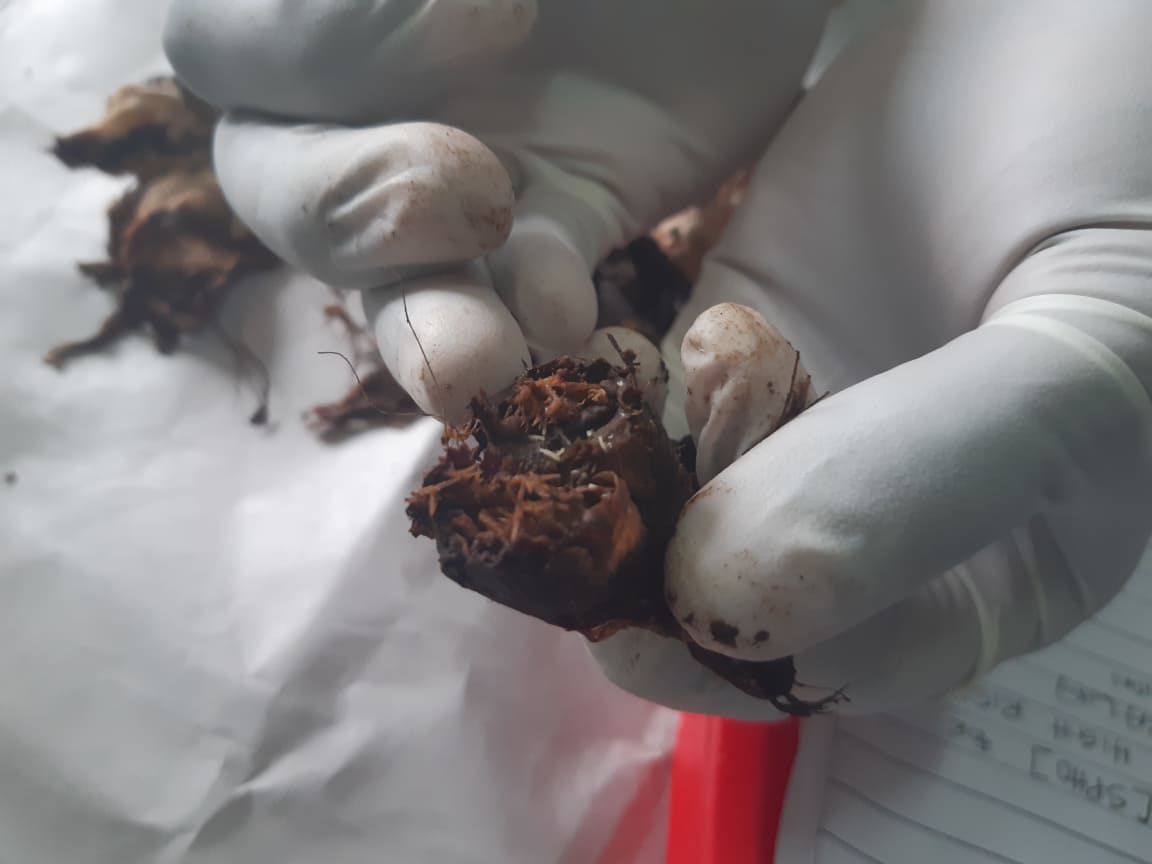 One of the illegal plant varieties yet to be identified

16 different illegal plant varieties smuggled into Vanuatu wrapped in plastic papers, clothing, socks and headbands have been seized from a seasonal worker’s luggage upon arrival from Australia at the Post Office.

“Insects were found on the gingers and fungus was present on potatoes, which were mixed with clothes. The clothes will be treated and destroyed to prevent the spread of the fungus, “ he said.

‘It seems that these products were brought in directly from farms. If not confiscated, they could be a very big risk to our potato industry which the government is trying to boost, our forest and agriculture as a whole.

“Such imports can lead to the introduction of unwanted pests and diseases,” Garae said.

He continued that the importer did not declare everything imported.

Senior Compliance Officer of the DoB, Lindon Tari, said the importer of these illegal plant varieties will be issued with a heavy penalty under the Plant Protection Act and will likely be prosecuted following investigation.

“The importer made a false declaration. Such consignments which came with agricultural pests is very risky,” he said.

“Before the commencement of the repatriation period, we (DoB) have been spreading the message to repatriates about following quarantine requirements, one of which is to declare goods before bringing them into the country.

“Biosecurity officers will always be at the forefront of stopping any pests and diseases at the border.

“From now on, we will be applying heavy penalties for illegal imports.”

Under the Plant Protection Act, a person can be imprisoned for illegal import.

Principal Biosecurity Officer (PBO), Touasi Tiwok, said travellers must understand that Biosecurity offices are trained at identifying any biosecurity risk and will always find harmful goods wherever hidden and once they do, they will confiscate or destroy them.

Assistant Plant Health Pathology Garae emphasized that this seizure is an example of the important role Biosecurity plays in managing threats at the country’s ports of entry.

Meanwhile, it will cost the government huge money to do laboratory testing for these pests overseas, Garae said.