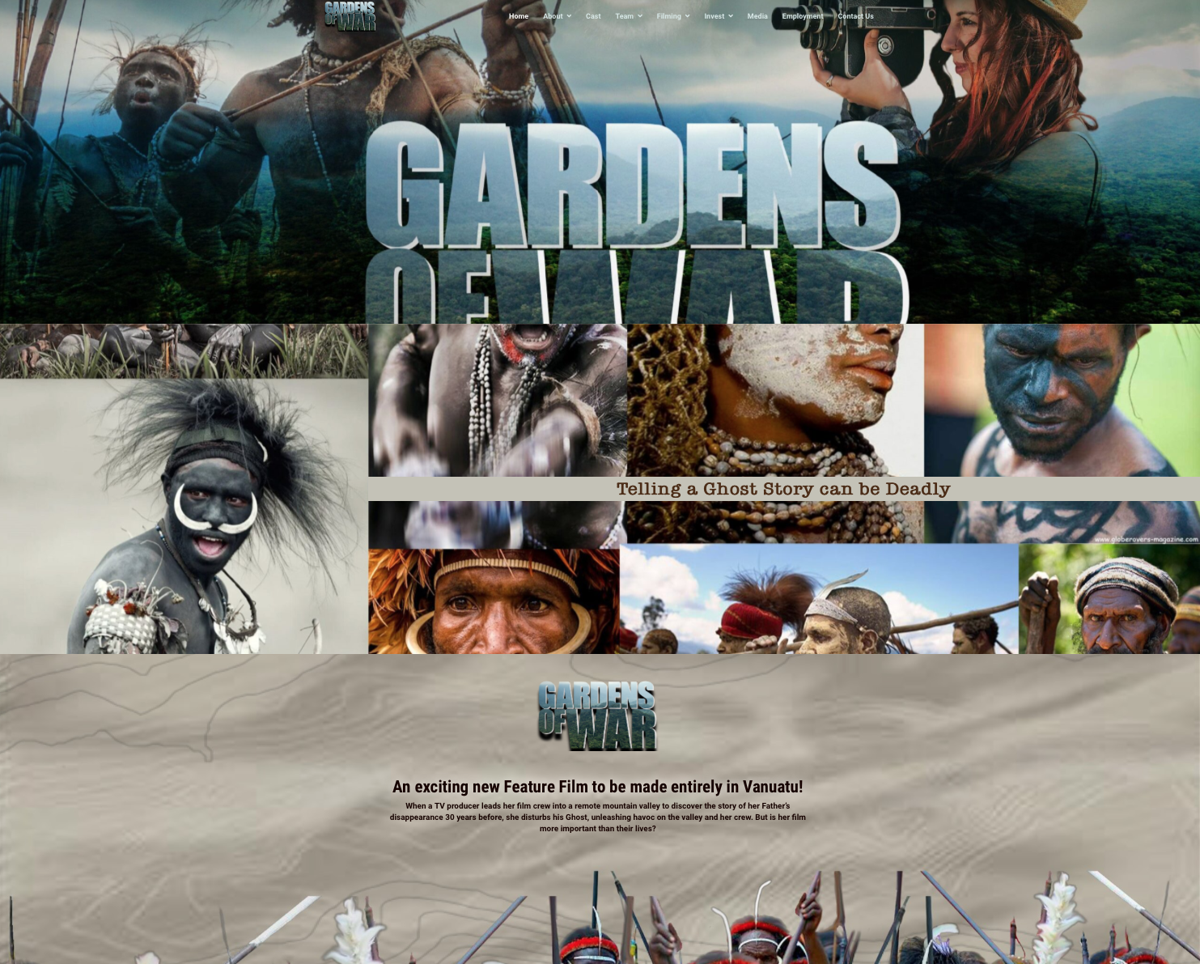 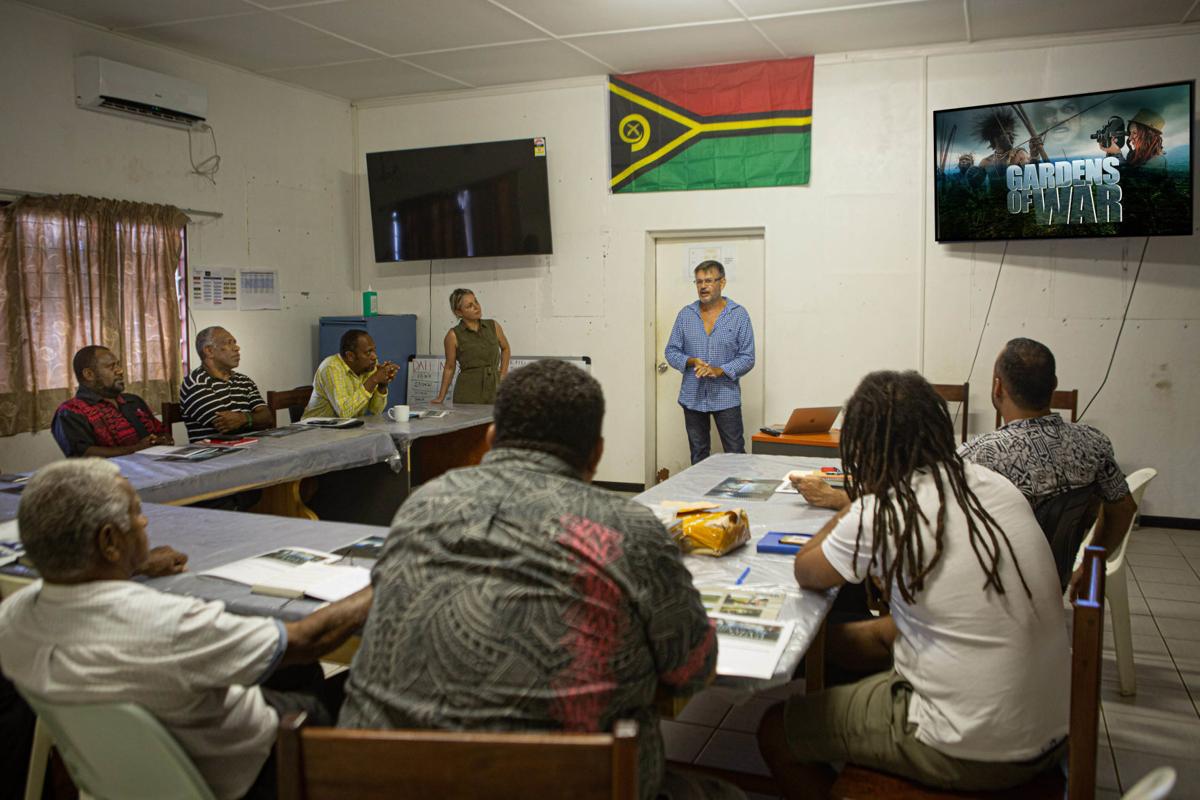 An exciting feature film project Gardens of War was launched to Government and investors that could see hundred of jobs created in Vanuatu.

On Monday 3rd of May, Bill Mulham the Vanuatu producer of the film made a presentation to Chief Simeon Poilapa, Dr Len Tarivonda of Public Health, Harold Aru of VIPA, Jerry Spooner

of Tourism, Richard Shing from the Vanuatu Kaljoral Senta and Jimi Rantes from the Department of Industry.

Mr Mulham explained that the Indiana Jones / Apocalypto style film will bring hundreds of jobs for Ni-Vanuatu across many sectors. “There are many roles for Ni-Vanuatu actors, extras and production personnel as well as the hard hit transport, handicrafts and food service sectors,” said Mr Mulham.

The film is set in the 1980’s in the highlands region of a fictitious Melanesian Island Nation.

The story follows a small documentary film crew that journey to a remote valley and get caught in a war between the two neighbouring tribes. The film is an action adventure.

“We’re going to need to build two villages, two war towers, props, weapons and custom styled costumes. In Vanuatu we have so many talented craftspeople that can fill these

“Plus I’m hoping the Vanua Fire Troupe will come on board to act as stunt performers for the fight scenes, working along side famous Aussie stunt co-ordinator Gulliver Page.”

There would be 40 cast and crew coming from Australia and would be expected to quarantine to ensure safety. “If things go to plan we’ll be chartering a plane to bring all the Australian personnel and equipment by Mid August.”

Dr Len Tarivonda, Director of Health fully supports this project and will work with the Gardens of War team to ensure all safety protocols are met. “I can’t see any problem and I look forward to the movie happening,” commented Dr Tarivonda.

The project has been in development for two years and everything is now in place in regards to the shooting schedule, budget and logistics. The Film was launched to investors two weeks ago with a goal to raise $6 Million AUD (VT520MIl).

Of that Budget $4 Million AUD (VT350MIL) would be spent in Vanuatu which will be a great boost to the local economy at a time when it is really needed.

More information can be obtained on the following website: www.gardensofwar.com