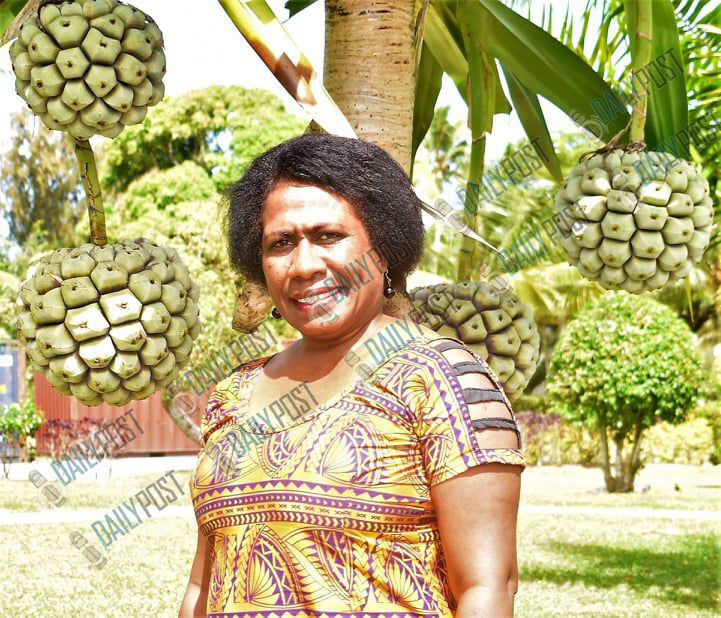 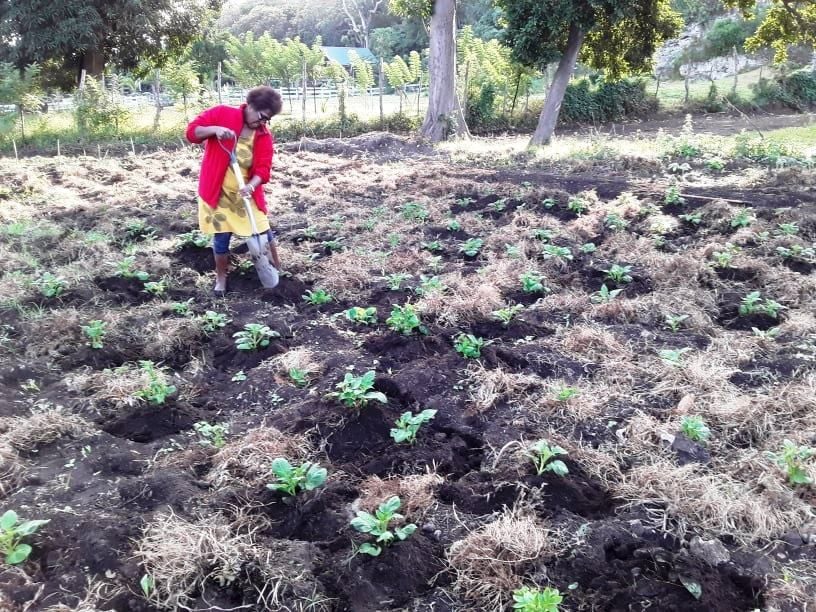 Evergreen Resort on the West Coast of Tanna is a well-known place to locals and visitors and has been in existence for over 20 years.

Mrs. Numake, however has decided to now venture into agriculture while still running her resort. She says these days it is important to diversify tourism and agriculture.

Mrs Numake says she was interested in doing this for a while but never really did anything about it. She says the present COVID-19 pandemic is what actually pushed her into actioning her plans and interest. Mrs Numake says agriculture has to always support tourism.

Mrs Numake says with all hotels closed as tourism is currently on hold, she is focusing on supplying food for domestic consumption in Port Vila and around Vanuatu as it will be a long wait before any tourism activity kicks off again.

The Resort owner says they have 1000 hectares of customary land which they are planning to use for farming. She says at the moment, she is using only five hectors to grow potatoes.

Mrs Numake says the Director of Agriculture is keen in supporting her and other farmers in Vanuatu and she really appreciates the government for its support towards the agriculture sector, especially the plan to inject Vt3 billion. Mrs Numake says she is taking advantage of this incentive.

She says like any business venture, everyone has to start somewhere, which is why she is starting off with potatoes before she ventures into other vegetables. She says if tourism kicks off again, she may need to employ more staff to just look after the farm as everyone will be back to working at the resort.

In terms of marketing, Mrs Numake says the domestic market is her main focus, however exporting to overseas markets could be a possibility in the near future.

Her farm does not have a name yet as she has just started. She says she is part of the Tanna farmers association and her farm is located next to the Evergreen Resort. She says the farm is inland from the resort, however she is only farming the bottom part of the plateau.

Mrs Numake says she is looking at also building a fish pond on the farm so the discharge from that pond could be used as fertilizer for her potatoes and other vegetables. She also wants to have a green house on location so she can grow vegetables all year around instead of relying on their natural seasons. She says this would really cut down on relying on imports. She uses tomatoes as an example.

Mrs Numake says her vegetables are purely organic from the volcanic rich soil of Tanna. She says the size of vegetables on Tanna proves the richness of the island’s soil.

Looking ahead Mrs Numake says, if she can build a resort from scratch and turn it into a 4-star resort in 20 years, she believes she can do the same with farming. She says people should not just think of tourism alone but think wider and diversify tourism and agriculture.

Mrs Numake also encourages other women not to see agriculture just as something to sustain the home but to make it a commercial entity and contribute to the national economy.