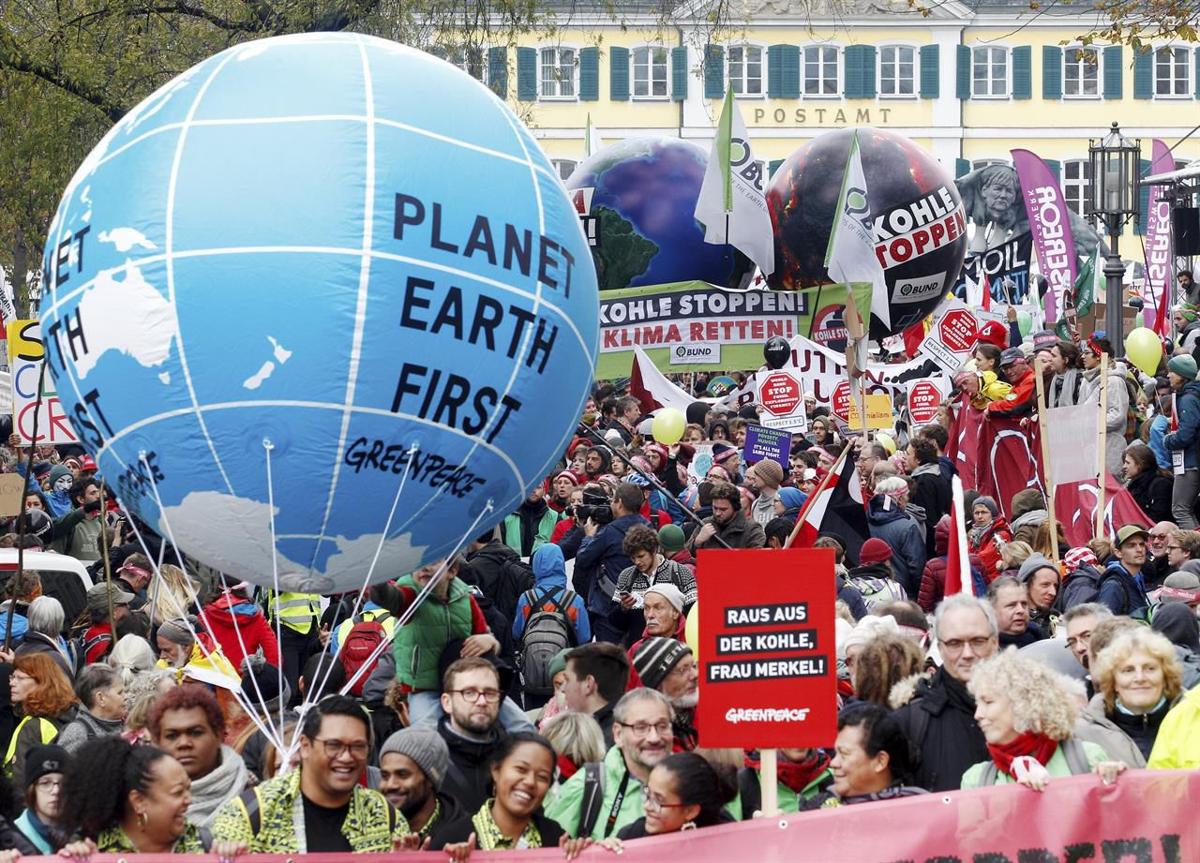 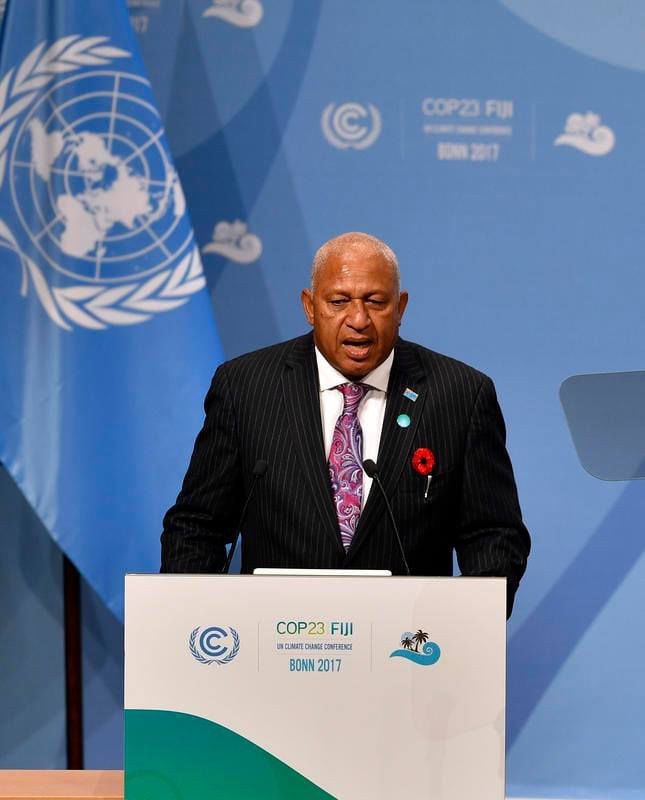 The Paris Climate Agreement must be implemented swiftly because backing away will expose people to more risks, the Prime Minister (PM) of Fiji, as President of the Conference of the Parties (COP23) to the United Nations Framework Convention on Climate Change, told world leaders.

PM Frank Bainimarama, representing Pacific island countries pleaded for collective action from world leaders to tackle climate change now after taking up the position of president of COP23 from Morocco in Germany yesterday.

The future of life on earth depends on everyone’s choices-everyone must act on climate change now, he said when opening the Climate Planet in Bonn City.

“Our world is on distress from extreme weather events caused by climate change as destructive hurricanes, fires, floods, droughts, melting ice, and changes to agriculture that threaten food security.

“Thus, the need for urgency is obvious.

“All over the world, vast numbers of people are suffering -bewildered by the forces ranged against them.

“Our job as leaders is to respond to that suffering with all means available.

“This includes our capacity to work together to identify opportunities in the transition we must make.

“We must not fail our people.

“That means using the next two weeks (of COP23) and the year ahead to do everything we can make the Paris Agreement work and to advance ambition and support fro climate action before 2020.

“By aiming for 1.5 degrees, we are setting ourselves a serious challenge.

“But it provides us with a mission. It engages our capacity for ingenuity, for organisation and sheer hard work.

“The only way for every nation to put itself is to lock arms with all other nations and move forward together.

“Also appeal for a lot more resolve to assist the more vulnerable to adapt to climate change.

“And as President of COP23, we are launching an Ocean Pathway to ensure the ocean is an integral part of our UNFCCC process by 2020,” he said. COP23 officially opened on November 6 with a Fijian traditional ceremony. There were a lot of Bula spirit.

‘Drua’, a Fijian ocean going canoe in the foyer of the world climate conference serves as a powerful symbol of resilience and unity during the meeting.

It also signifies the resilience of the ancient culture of the Pacific in the face of adverse impacts of climate change.