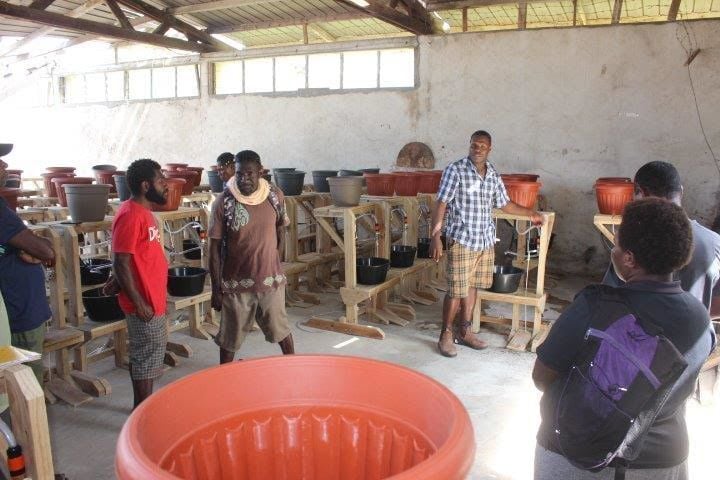 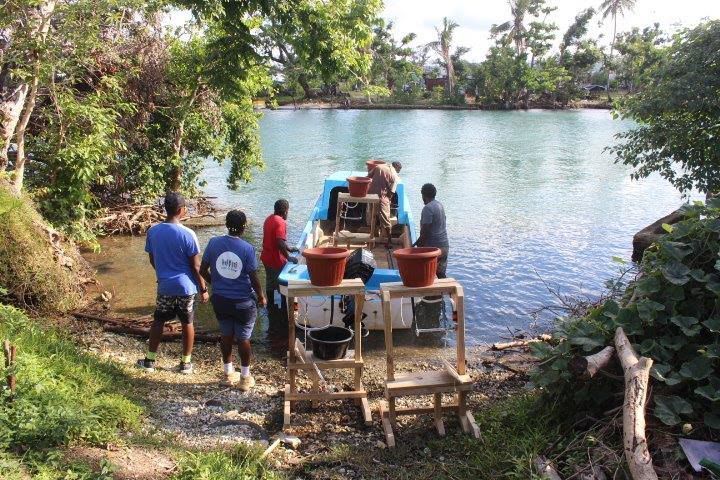 A new humanitarian aid organization has distributed more than 90 portable handwashing stations to Vanuatu communities over the last two months to help improve sanitation and hygiene in the wake of remaining damage from Tropical Cyclone Harold, officials said last week.

Field Ready, a humanitarian disaster-aid agency that helps provide on-the-ground solutions when and where they are needed, produced the portable handwashing stations in its new rapid-response workshop in Luganville on Espiritu Santo island in Vanuatu.

Once completed, they were delivered to needy communities around Vanuatu by boat.

The group focused its efforts on Vanuatu schools in August when they installed 25 portable handwashing stations at rural Kindergartens.

Field Ready staff distributed two portable handwashing stations to schools in Balon, one station in Kole, two in Nabahuk, five in Stonehill, six in Turtle Bay and nine in Tutuba.

The distribution came about after Field Ready staff gave a handwashing station demonstration earlier this year in front of 263 kindergarten and primary school teachers to show the stations’ benefits.

Eager to improve students’ hygiene, a number of schools requested delivery of the handwashing stations.

But with so many schools’ sanitation severely damaged or destroyed by TC Harold, more administrators asked for the portable handwashing stations than originally anticipated, officials said.

“We’re very lucky that when the COVID-19 pandemic hit we had already been able to show people the handwashing stations and then boost the schools’ capabilities when it came to hygiene with these distributions,” said Field Ready’s Pacific regional lead, Luke Johnston,

One portable handwashing station was also donated to the Vanatuvui Kindergarten in the Sarete community on Espiritu Santo.

“Our Kindy was destroyed by TC Harold; it’s now temporarily repaired but this handwashing station is a big help,” Green said.

Delivery of the remaining handwashing stations has continued to rural communities and residents affected by the storm, officials said.