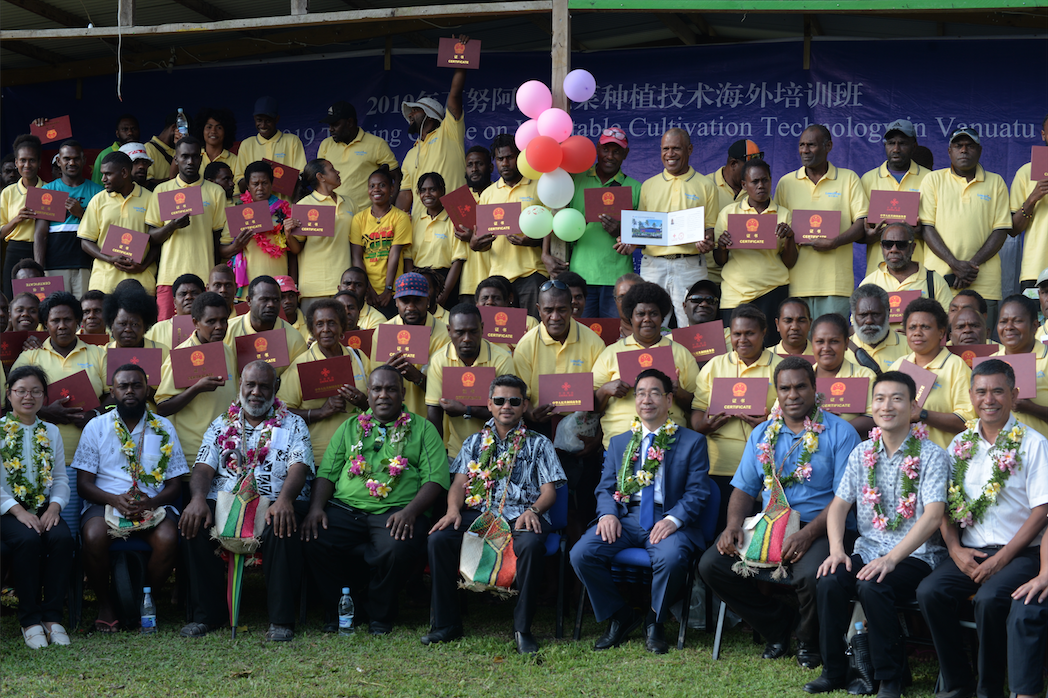 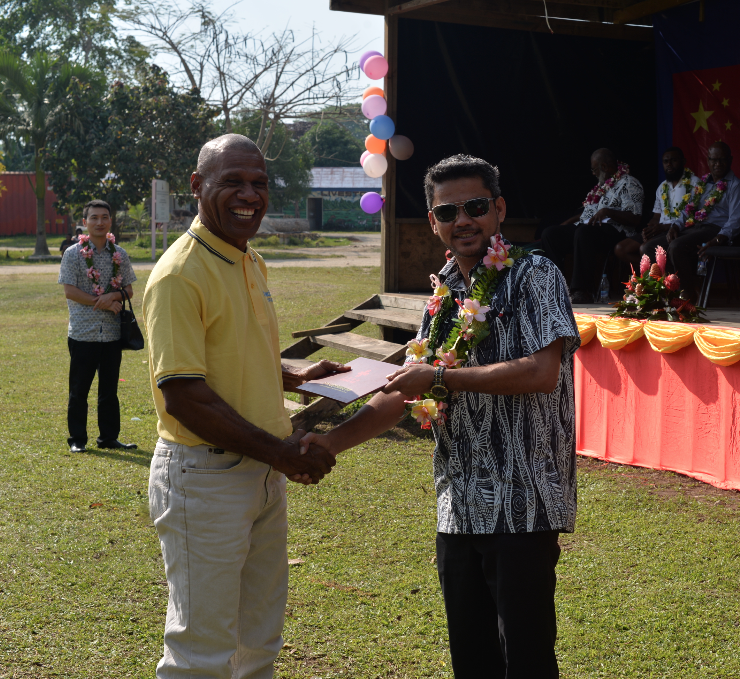 Minister Seremaiah (r) handing over a certificate to a participant (l)

Minister Seremaiah (r) handing over a certificate to a participant (l)

The second Vegetable Cultivation Technology Training Course under the Ministry of Agriculture, Livestock, Forestry, Fisheries and Biosecurity (MALFFB) in collaboration with Yuan Longping High-Tech and the Vanuatu Institute of Public Administration and Management (VIPAM) has officially closed yesterday.

Over 90 farmers from each province in Vanuatu have received their certificates from the Yuan Longping High-Tech, who congratulated them for their hard work and perseverance during the six-week of training.

Minister of Agriculture, Matai Seremaiah remarked in his official speech that there are a lot of potential developments that can be achieved for Vanuatu in the area of agriculture, livestock, forestry and fisheries, despite the fact that Vanuatu is a small country.

“Vanuatu has comparative advantages over a number of important primary sector products and if strategically developed they can positively transform the social and economic situation of our country,” said Minister Seremaiah.

“The primary products include kava, cocoa, coffee, cattle, small livestock, coconut, tuna, sandalwood, noni, fruits and vegetables which we are here today to commemorate the achievement displays by our key farmers throughout their course of their trainings.”

The Minister reported that in 2017, the Vanuatu Government through the Ministry of Agriculture has launched its National Fruits and Vegetable Strategy which provide directives to each stakeholder to address – Food Security Issues, Health Issues (estimated in 2010 that 64% of all deaths in Vanuatu are attributed to diet and lifestyle; NCDs) and Trade Imbalance (for more in the efforts for narrowing its trade deficit has always been in the export market).

“Technical and financial efforts by the Vanuatu Government to increase primary production are still a challenge by our financial resources and technical expertise.”

The Minister thanked the Longping High-Tech research institution to conduct this vegetable cultivation training on off-season production to the 96 farmers representing all six provinces of Vanuatu.

“I believe that throughout this training course the farmers have learnt a lot of new knowledge and skills, in organic farming practices for soil improvement, crop protection under green tunnel house and different climatic factors that affect crop production.”

Minister Seremaiah advised the farmers to “keep a good record of your crop inputs such as seeds and organic fertilizer, be able to calculate your crop expenses and most importantly, keep aside savings of your profit in order to sustain your agribusiness management”.