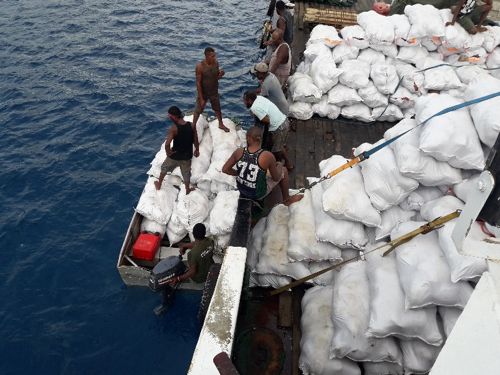 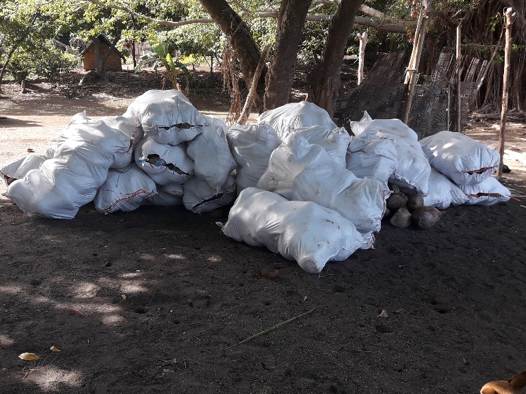 Over 21,000 coconut seed nuts have been allocated to TORBA province under the Department of Agriculture and Rural Development (DARD)’s National Coconut Replanting Programme.

Vanuatu Tall represents 79 % of the total distributed, 16 % for Brazilian Green Dwarf and 5 % of African Variety.

The Assistant Agriculture Officers based on these islands had distributed the seed nuts to interested farmers as of last month.

The 2007 agriculture census had identified that majority of the coconut plantations in Vanuatu were old and as a result, there is a huge decline in copra production that is why the government had to step in to address the issue.

“According to the Vanuatu Coconut Strategy Vision, coconut will become the top earner by 2026 so our national target is to plant 1 million coconut trees by 2026,” Mr Bororoa stated.

The Coconut Specialist continued, “The Department of Agriculture and Rural Development is distributing seed nuts to interested farmers under the National Coconut Replanting Programme, to increase production.

“The 2019 seed nuts distribution includes some of the exotic varieties in order for farmers to target coconut water niche markets.

“DARD is encouraging farmers to produce VCO at the same time ensure farmers have adequate supply of coconuts to sustain the production of VCO.

“Another main purpose is to drive coconut farmers to move out of black copra and to produce premium copra (white copra) as a buyer is ready to purchase premium copra.

“There is a need to organize training on white copra processing to interested farmers in order to meet the criteria of the market.

“Farmers are informed that if they want the buyer to reach out to them, they should prepare to produce huge quantity, therefore farmers have to replant to ensure sufficient coconuts to produce white copra.”

Coconut distribution in SHEFA and TAFEA provinces is currently underway.