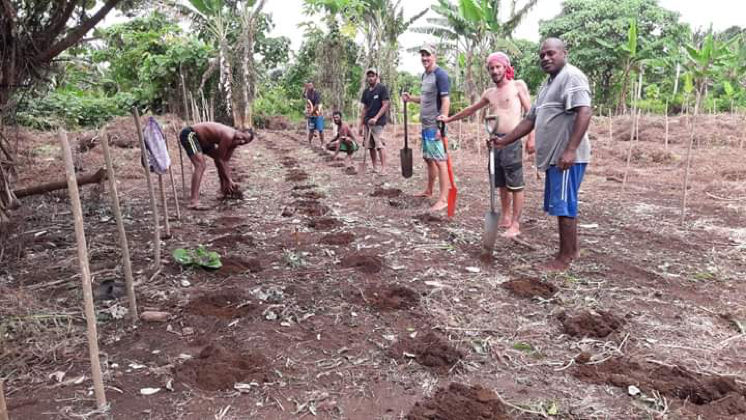 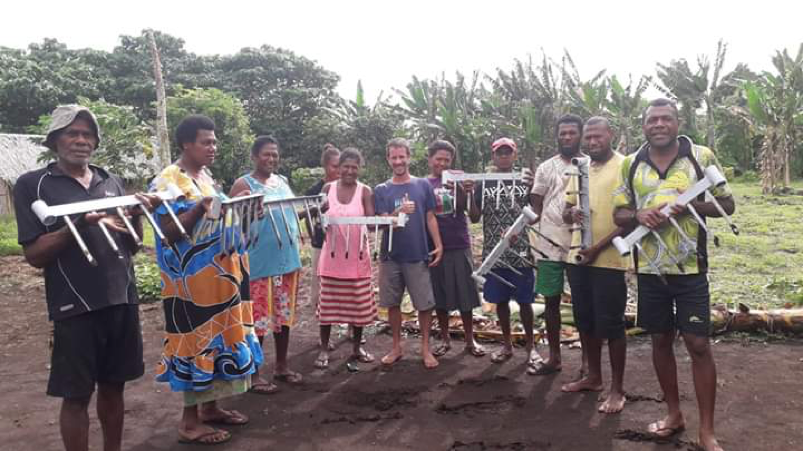 The Department of Agriculture and Rural Development (DARD) is working in partnership with Sustainable Agriculture Pro (STAP) Vanuatu, Vanuatu Skills for Partnership (VSP) and local farmers to implement a ‘Farm to school’ project under the skills for agri-business programme of VSP.

The ‘Farm to school’ project was first introduced on Vanua Lava in TORBA province in November 2019 with the objective of creating and supporting a supply chain of vegetables, fish and eggs to schools.

The project is currently working with farmers of Lesara village, on East Vanua Lava to promote additional information on agricultural practices, local and healthy food and means of improving the local economy.

“Farm to school project aims to indirectly support schools with supply of food throughout the year.

“It is a first ever project that VSP wants to implement in Sola which is envisage as a model that can be replicated in other schools in Vanuatu should the benefits outweigh the negative ones,” TORBA Provincial Agriculture Officer (PAO), Peter Maoh said.

Currently, DARD is working with STAP Vanuatu and farmers to sow open pollinated (OP) vegetable seeds as much as possible since OP seeds can be collected and saved for the next planting season.

BLMC is the first school to trial this project.

PAO Maoh mentioned that the vegetable seeds provided by STAP Vanuatu include carrot, zucchini, broccoli, capsicum, tomato in addition to other ones that DARD supplied to the farmers. Other support provided by DARD include technical advice and demonstration on various aspect of vegetable production that they can replicate on their farms.

“Prior to ‘Farm to school’ project, a ‘Farm to table’ concept was first introduced by VSP supported by DARD who works with farmers in preparation to implement the Farm to School project.”

Mr Maoh said VSP and STAP Vanuatu have collected some data on how many kilograms of produce a school will need anually in order execute the ‘Farm to school’ supply consistently.

“Farm to school comes in to assist schools to that will then support farmers by purchasing local produce so farmers can improve their livelihood and have an income to sustain their families.

“At the same time the project will support the supply chain of BLMC in Sola to replace imported food particularly rice for the time being, creating diversity in terms of sources of carbohydrates that can be supplied to the school not to mention a balanced and nutritious meal for students. It will also be an added bonus should the concept resulted in some funds saved by BLMC as a result of the setup of the local supply chain.

Necessary preparatory activities for this project have taken place so far and production is underway but the main marketing component of the project will commence in 2020,” he said.

‘Farm to school’ project is currently working with 12 farmers to supply local food to school.

“VSP has developed an agreement that the school has signed with the farmers on the quantity of food to be supplied each school term as of 2020.

“The outcome of the ‘Farm to school’ project that VSP, STAP Vanuatu and DARD are implementing will be very interesting to see especially in terms of the results and the challenges this concept may take the stakeholders through. Nevertheless, the consensus achieved so far is an expression of the stakeholders vision that this project that there is a high chance that this project will turn out favourably and that it can be modelled in other secondary schools of TORBA province as well,” Maoh said.

PAO Maoh concluded, “It will be good to also see other institutions consider similar partnership with the departments under the Ministry of Agriculture, Livestock, Forestry, Fisheries and Biosecurity (MALFFB) to implement the ‘Farm to school’ concept to ensure that students have healthy food in schools so that Vanuatu will have a healthy nation.