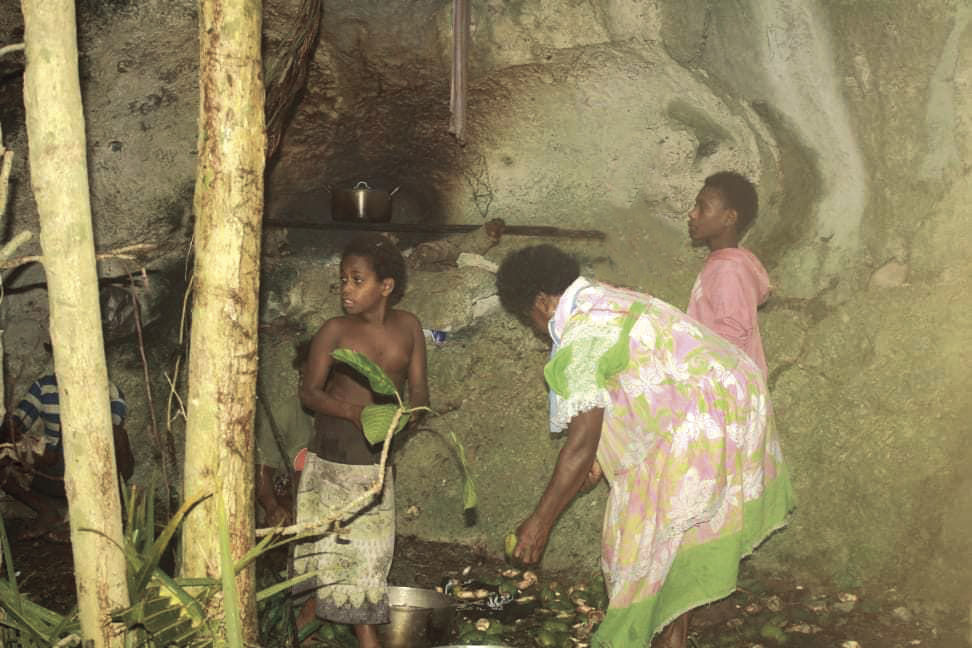 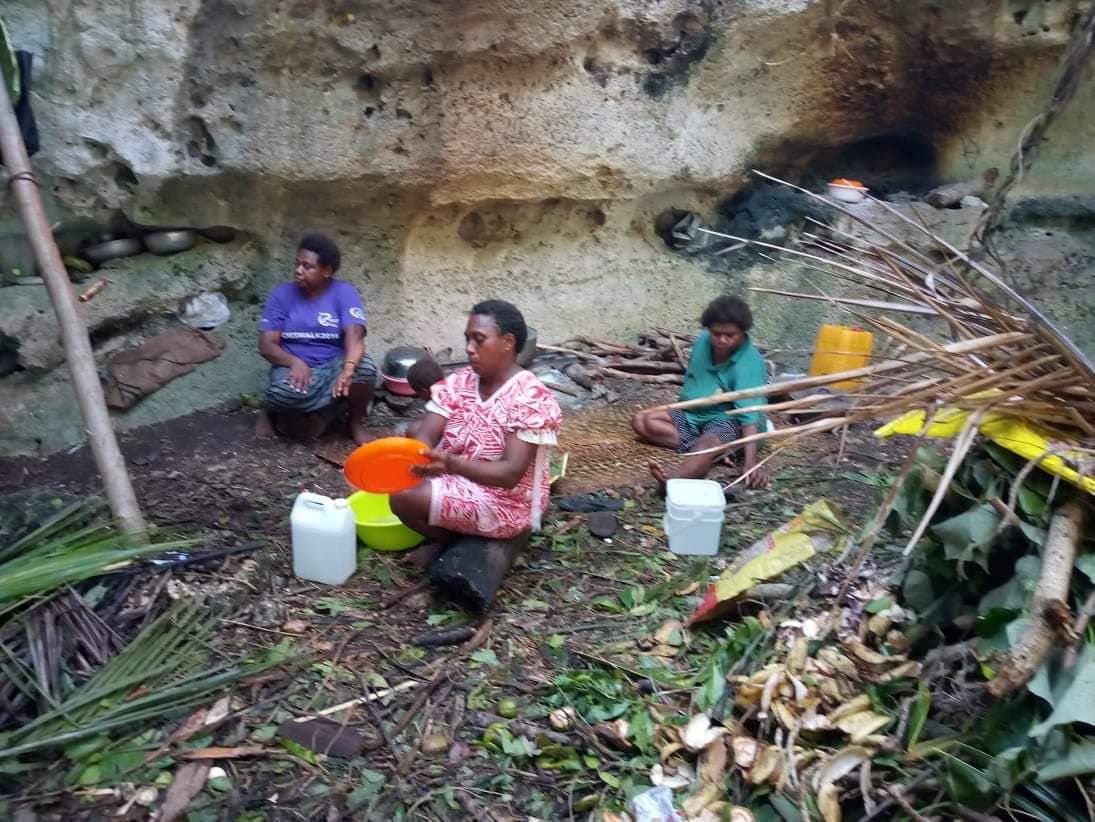 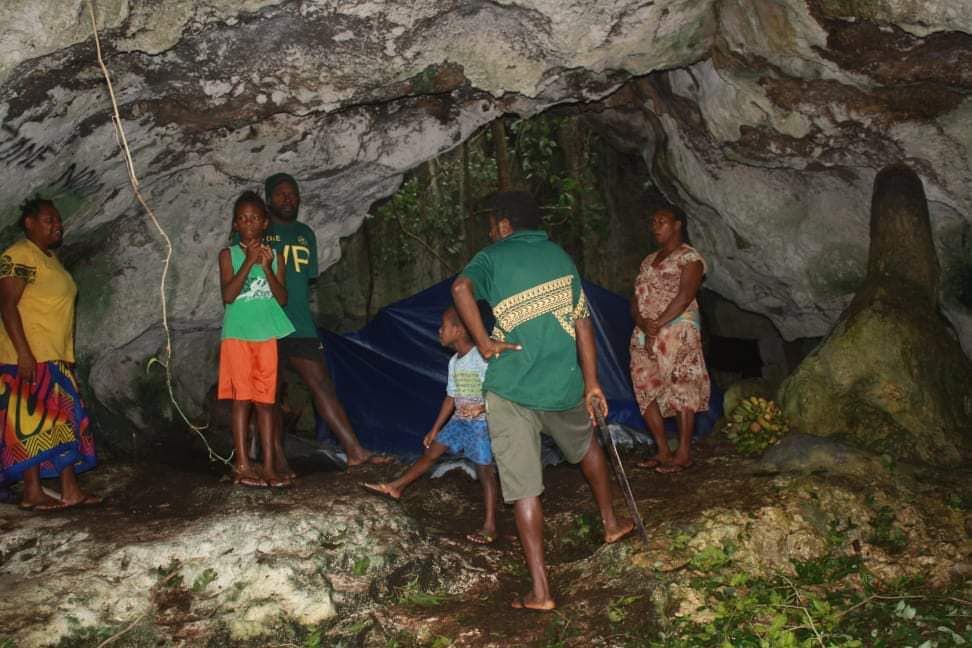 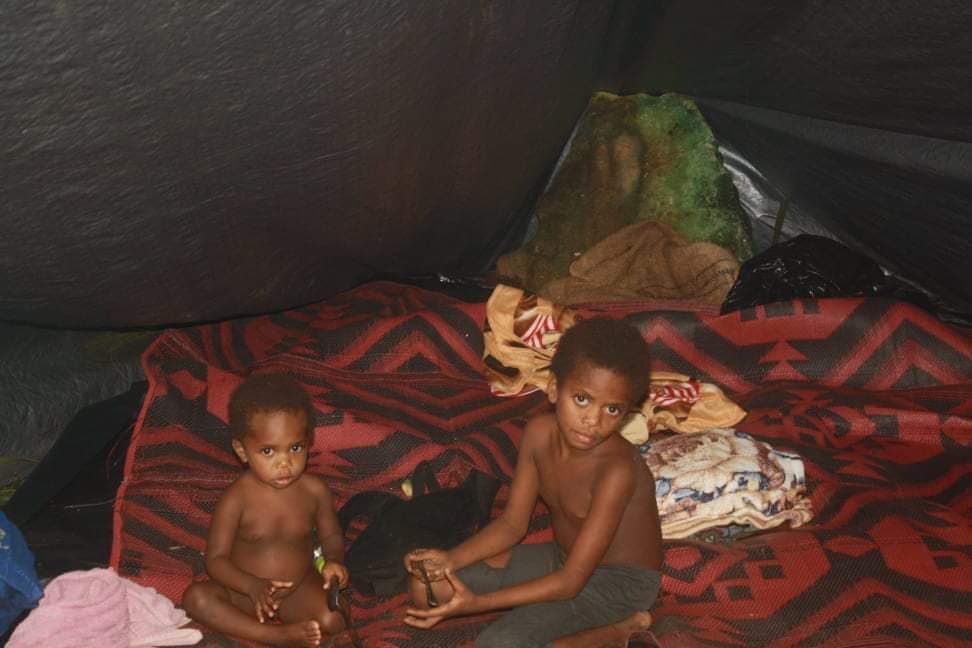 It is now five weeks after Tropical Cyclone Harold battered islands in the provinces of SANMA, PENAMA and MALAMPA, yet recent reports by officers from ActionAid confirmed some families in South and West Malo are still living in caves.

In the aftermaths of TC Harold, ActionAid under the Women-led Climate Resilience and Adaptation project in Vanuatu deployed its own officers at Malo to conduct emergency response assessments concerning the vulnerable welfare of women and girls.

The assessment team is women-led and is strictly focused on supporting the safety, security and dignity of women during a period of emergency.

Officer Betina Charley who coordinated the assessments at East to West Malo has confirmed yesterday after her visit to the affected areas, that there are still families currently living in caves.

Other officers on the ground, Netty Rose Richard and her assistant Acklet Job also confirmed this for affected areas in West Malo.

ActionAid Country Program Manager, Flora Vano said though other islands have adjusted and improvised to rapid recovery efforts, while communities in Malo are still struggling with housing difficulties since the cyclone has destroyed most of the thatch environment needed to rebuild roofs.

“The people are trained to build their roofs from thatch leaves, not coconut leaves which makes it a challenge for the people to adapt and recover,” she said.

Despite being disproportionately impacted by TC Harold, Malo island is one of the few islands with scarce water, this has also become a challenge for communities trying to recover and as well as to encourage hand washing as precautionary measures towards COVID-19.

ActionAid supports and empowers women to challenge injustice and inequality and to build a world where women are resilient in the face of increasing humanitarian crises and leading preparedness, response and recovery efforts to secure their rights in emergencies.