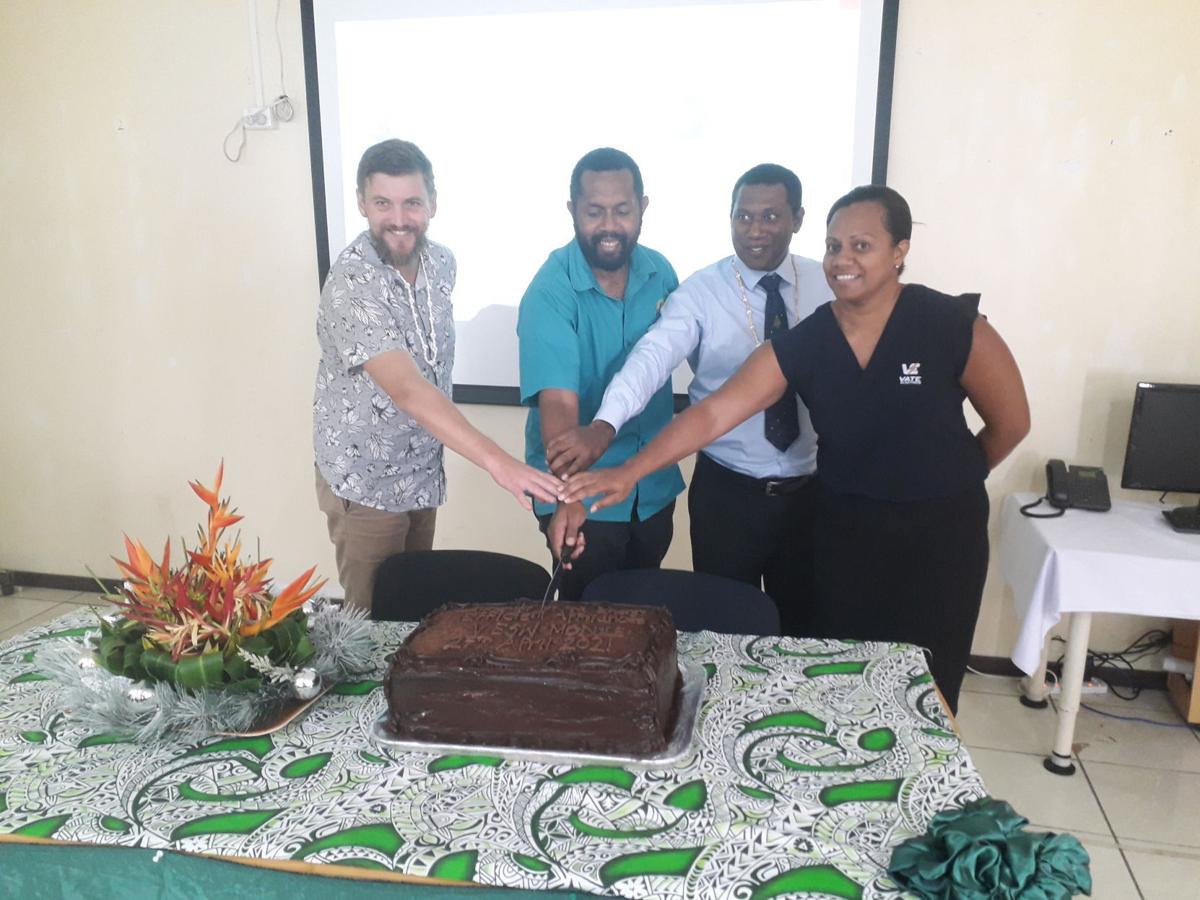 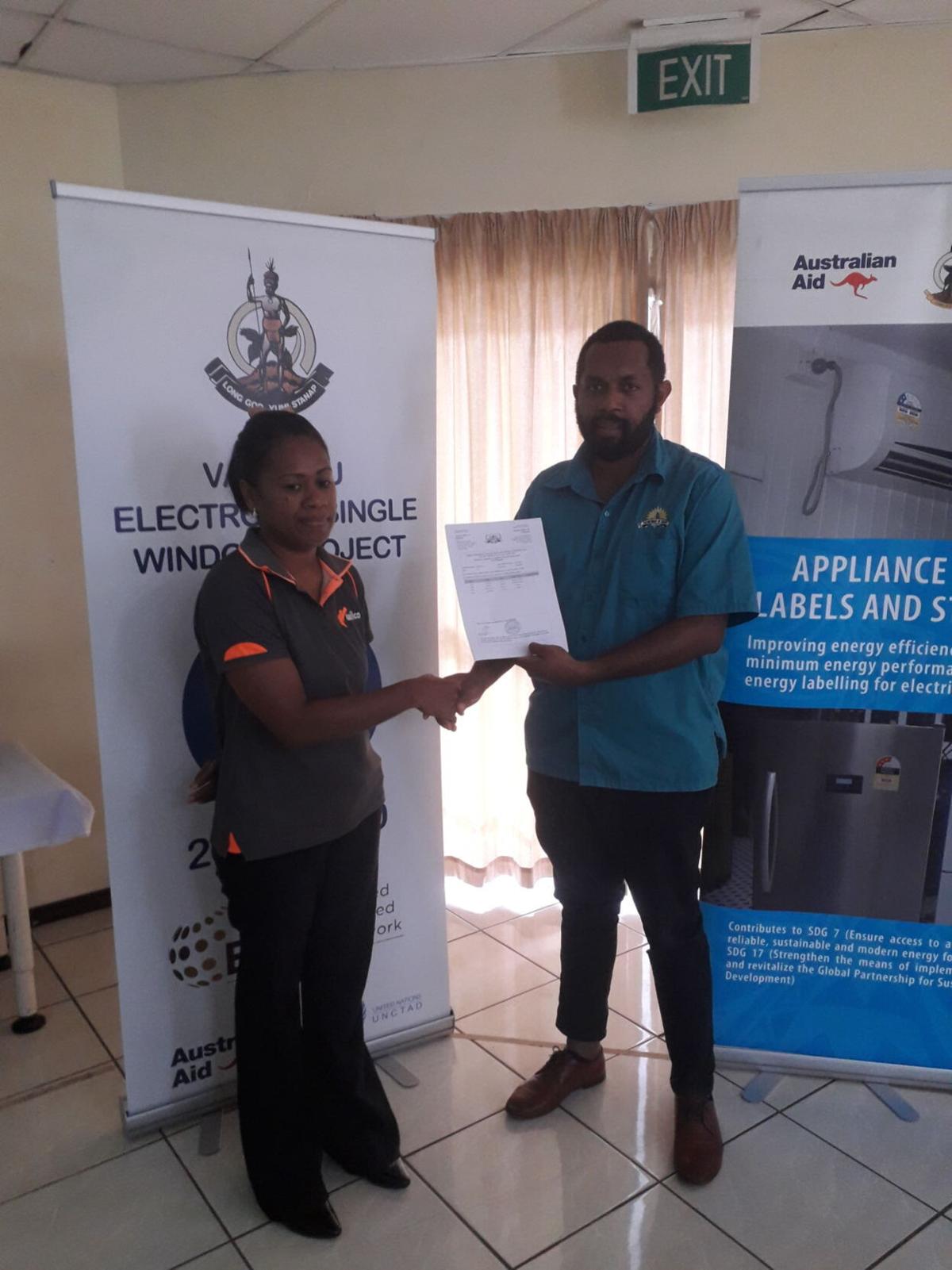 Wilco Hardware, the first company to get their products verified and endorsed by the Department of Energy, through this electronic single window system.

Wilco Hardware, the first company to get their products verified and endorsed by the Department of Energy, through this electronic single window system.

The online single window system which was set up in 2019, which takes in Customs and Biosecurity to make applications much easier, now has the energy efficient module added to this integrated system.

Since the energy efficiency act was passed in 2016, the government through the Department on energy have outlined three things they want to meet the efficiency standards before they are sold in the country.

These are air conditions, refrigerators and light bulbs.

Though the act covers all electrical appliances.

Director of the Department of Energy, Anthony Garae says they are accessing mainly alternating current [AC] powered machines mentioned above and not the Direct Current (DC) machines powered by solar.

Garae says these things are rated against the Australian and New Zealand standards which we have adopted. He says if the machines do not pass the laboratory test, they will not be approved to be sold in Vanuatu.

He says in terms of fridges they want those brands which can operate in our humid climate while consuming less power.

For air conditions he says inverter types are mostly preferred as they automatically sense when the room is cool enough and they reduce power automatically.

With light bulbs, Garae says we must move away from incandescent bulbs and start using led lights as they are more efficient since they draw less current from the power source.

He says once a certain brand of the above machines is trailed and tested against the Australian and New Zealand standards, it is registered into their system after getting approval.

Garae says energy efficient machines cut down on the power needed to be generated by UNELCO, which in turn reduces our carbon footprint.

In regards to how the module fits in the single window system, Communications officer of the department of energy Fern Napwatt explains that when someone wants to import a fridge or an air condition, they must register these appliances through the online single window.

Once it is registered, the verification officer from the department will verify whether it has passed the standards test and if it has, the director can endorse the product and the finance officer can print out the permit straight away once the fees are paid.

The importer can either print the permit or go to customs in person or they can use the integrated system, where customs will be notified so the import can go ahead without any delays.

Napwatt says an advantage to this system is the verifying officer and the director can access this anytime and anywhere even if they are out in the field or in a meeting.

The permit is valid for three years.

Program Director of Governance for growth program, Clinton Pobke says this is a great idea to bring everything together, he says at first it was difficult but it worked out and he says this is a major turning point for Vanuatu.

Pobke says in 2019 the Australian Minister of Foreign Affairs, Mark Houghton was impressed with the single window setup as Australia does not have a system as such.

Pobke says this will make importing and exporting easier and will also make things safer, easily regulated, fair and transparent as businesses of all sizes may use the electronic window as it has great momentum.

Stanley Trief who works with the single window operations team says although it is an initiative by customs and founded on ASYCUDA, they are only integrating departments together and not taking over the roles of other departments.