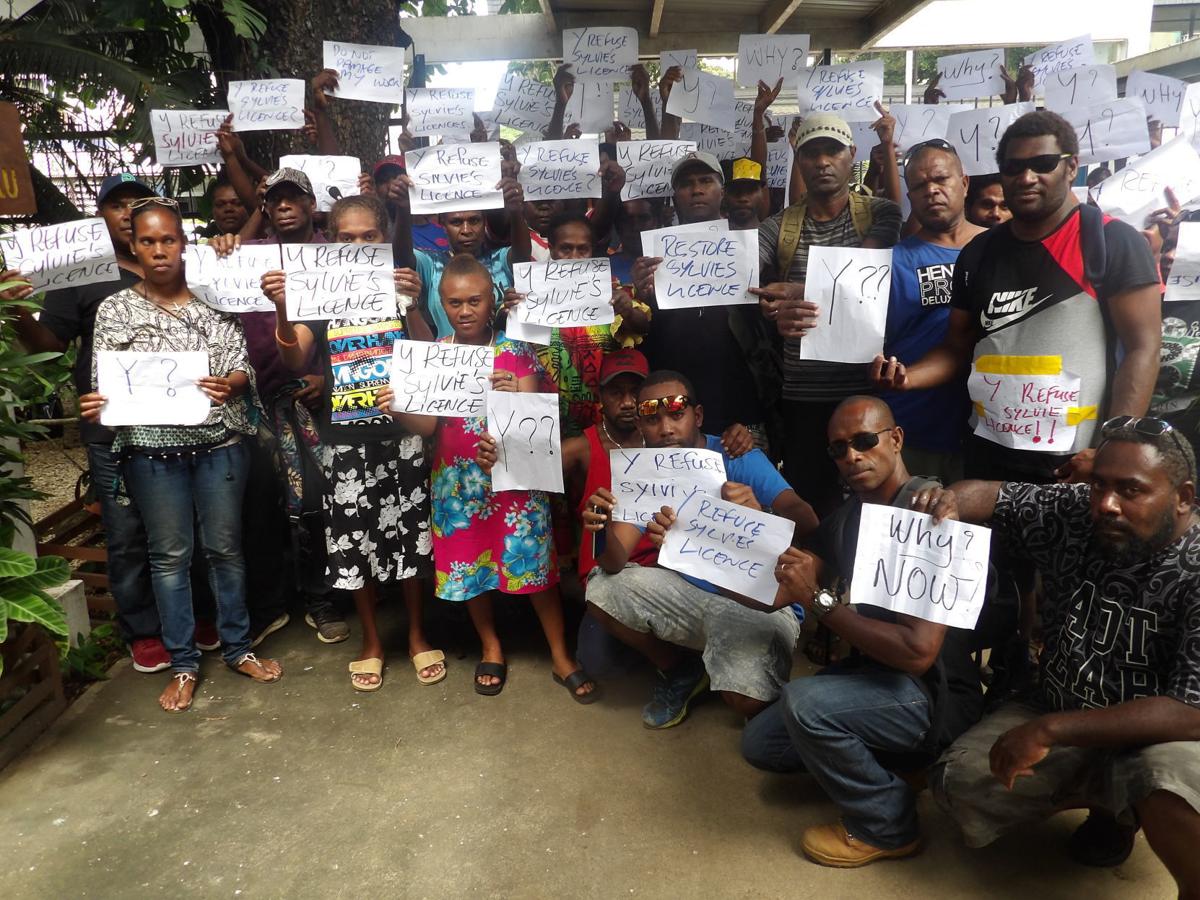 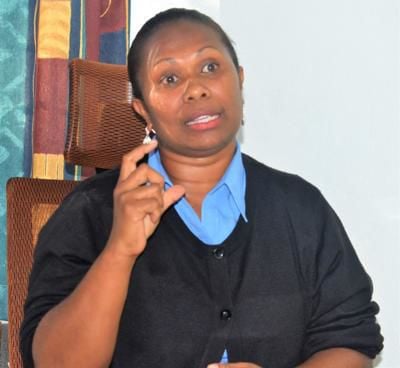 Licensees or seasonal employers and agents are prohibited from charging a person for any service they provide to obtain seasonal employment for the person.

The Department of Labour emphasized this yesterday when clarifying the reasons behind its decision to reject an application to renew the licence of ETM Recruiting Agency.

Seasonal workers from ETM Recruiting Agency, had jammed the entrance to the Department of Labour just before midday yesterday demanding Commissioner of Labour (COL) Murielle Meltenoven, to explain the reason why her Office has rejected the application by Mrs. Kalmet, for a renewal of her company license.

While yesterday’s Daily Post article quoted the Commissioner as saying, “I am not satisfied that you are a fit and proper person to carry on the business of a seasonal employment agent”, her workers have rejected the statement claiming it is too general and not specific to qualify her statement not to renew the Agent's licence.

Speaking for the well-behaved crowd, their spokesman said while they have seen the news of their imminent transfer to Mr. John Salong’s Melanesian Seasonal Employment, they insist that it is their right to be told by the Commissioner in person as to why she has rejected renewing their Agent’s application for renewal of her company’s licence.

Asked if the Commissioner was advised of their arrival in advanced and if she has spoken to them, the spokesman replied that she has neither been advised nor spoken to them but that they will remain for a little while longer to display their frustrations then disperse from the former French Embassy Building.

The spokesman said many of them have worked for a number of years in New Zealand as well as in Australia and they feel they deserve to be given a clearer explanation than what has been stated in the media.

The Department of Labour pointed out that Section (6) (5) of the Seasonal Employment Act No.23 of 2007 clearly states: "It is a condition of a licence that the licensee must not charge a person for any services provided by the licensee to the person to obtain seasonal employment for the person".

The same article of law within that Act applies to both countries who are directly implicated in the seasonal program, namely Australia and New Zealand.

But this law has not been respected by recruitment agents here in Vanuatu and many written reports were deposited at the office of the Department of Labour. As a result, four agents who applied for renewal of their licences have had their applications rejected by the COL.

"The department has refused the renewal license application for Mrs Sylvie Kalmet of ETM Recruiting Agency following numerous reports we've received from workers who have returned in New Zealand or Australia recruited by her company that has allegedly breached the Seasonal Employment Act," Commissioner Meltenoven told Daily Post yesterday.

COL Meltenoven said Mrs Kalmet has failed to satisfy her to grant her licence because of the breach of section 8 (3A) of the Act on record of involvement in scam or fraudulent activities.

"My department has received more than enough written complaints alleging some of her associations who work as sub-agents and her company collected VT50,000-VT100,000 from workers who returned from either New Zealand or Australia,” the COL explained.

"We have double-checked the association of subagents with the Vanuatu Financial Service Commission but no registration fee has been paid. We categorize this activity as a scam and fraudulent activityas clearly stated in article (6) (5).”

She said as of Tuesday 18 February, they received supplementary reports from workers against this particular company.

She said the ETM Recruiting Agency has to transfer its file to other agents.

John Salong of Melanesian Seasonal Employers (MSE) has set an agreement for Sylvie Kalmet to use the MSE Licence to Process Workers but the Commissioner rejected it.

"Given that Sylvie’s licence has been refused pending further determination in Court as I understand she is currently taking labour to Court, and we respect her decision in doing so, I would recommend that you do the recruitments because Sylvie cannot send workers at this stage given the status of her licence being refused by this office,” Mrs Meltenoven said.

“My humble advice would be for you to request Sylvie to provide all documents relating to her workers to you and for you to make arrangement with the Employer on that recruitment arrangement while the matter is deliberated further in Court.”

The Labour Commissioner said they are also ready to go court to justify their reasons and they have the evidence.

She said it is for the best interest of Vanuatu's reputation and the workers employed in both countries that the decision of refusal has been made because employers in both countries do not tolerate activities such as charging fees to workers and also avoiding them to recruit in other countries in the Pacific.

Caretaker Minister of Internal Affairs, Andrew Napuat, said the ministry has also received complaint letter from employers stating their disappointment against agents who charge fees excessively to workers and said agents are not allow to charge the workers.

"The labour is in Australia and New Zealand and both do not require excess charges," Mr. Napuat said.

He urged the agents not to overreact and to address the matter properly.

The Commissioner of Labour urged every worker under the seasonal programs to remain calm and assured the program will still continue for the best interest of every parties involved, adding the decision to refuse the renewal licence does not tarnish Vanuatu's reputation but ensures the law is upheld and all workers are benefiting as they rightfully should from the program.