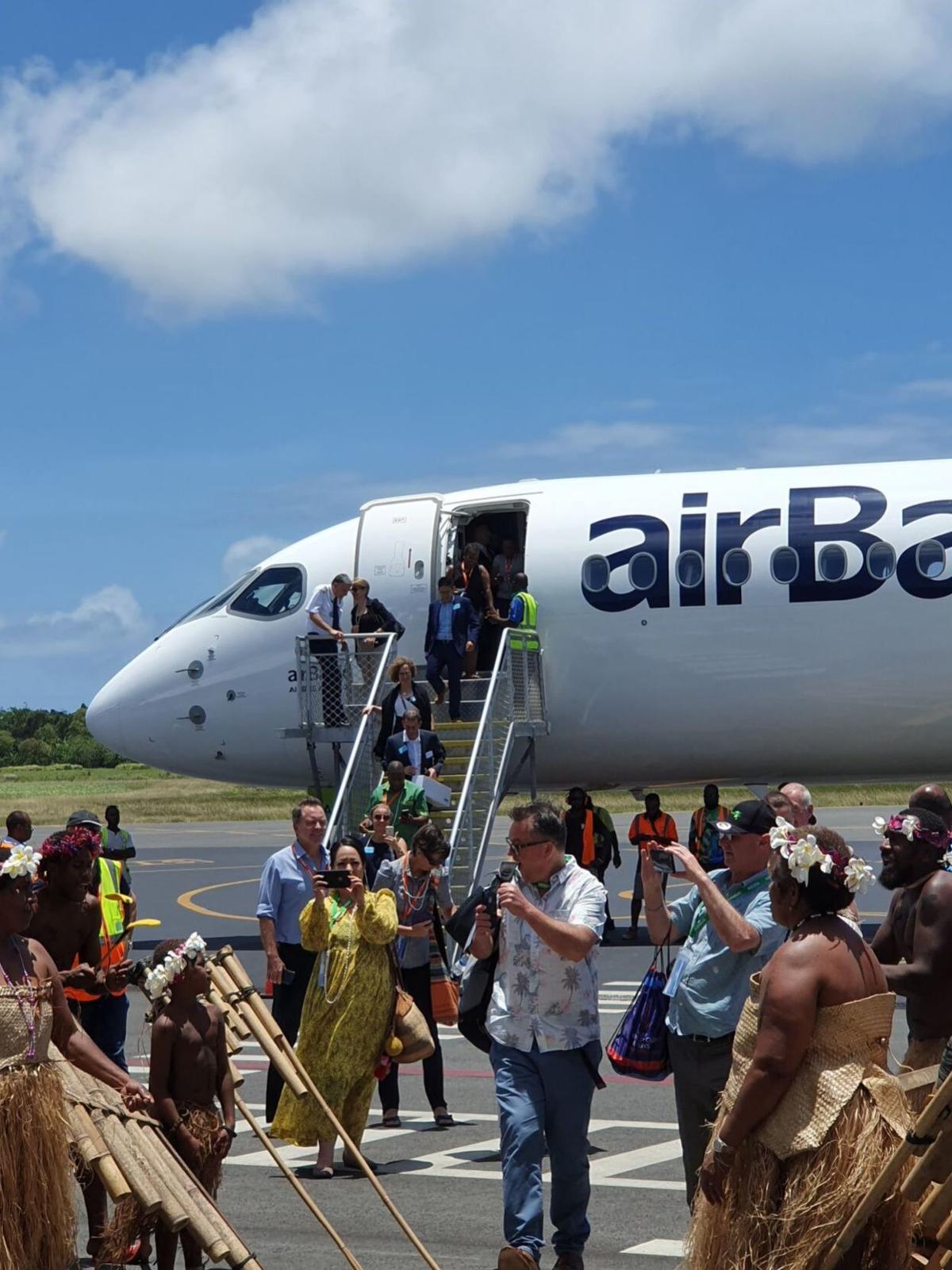 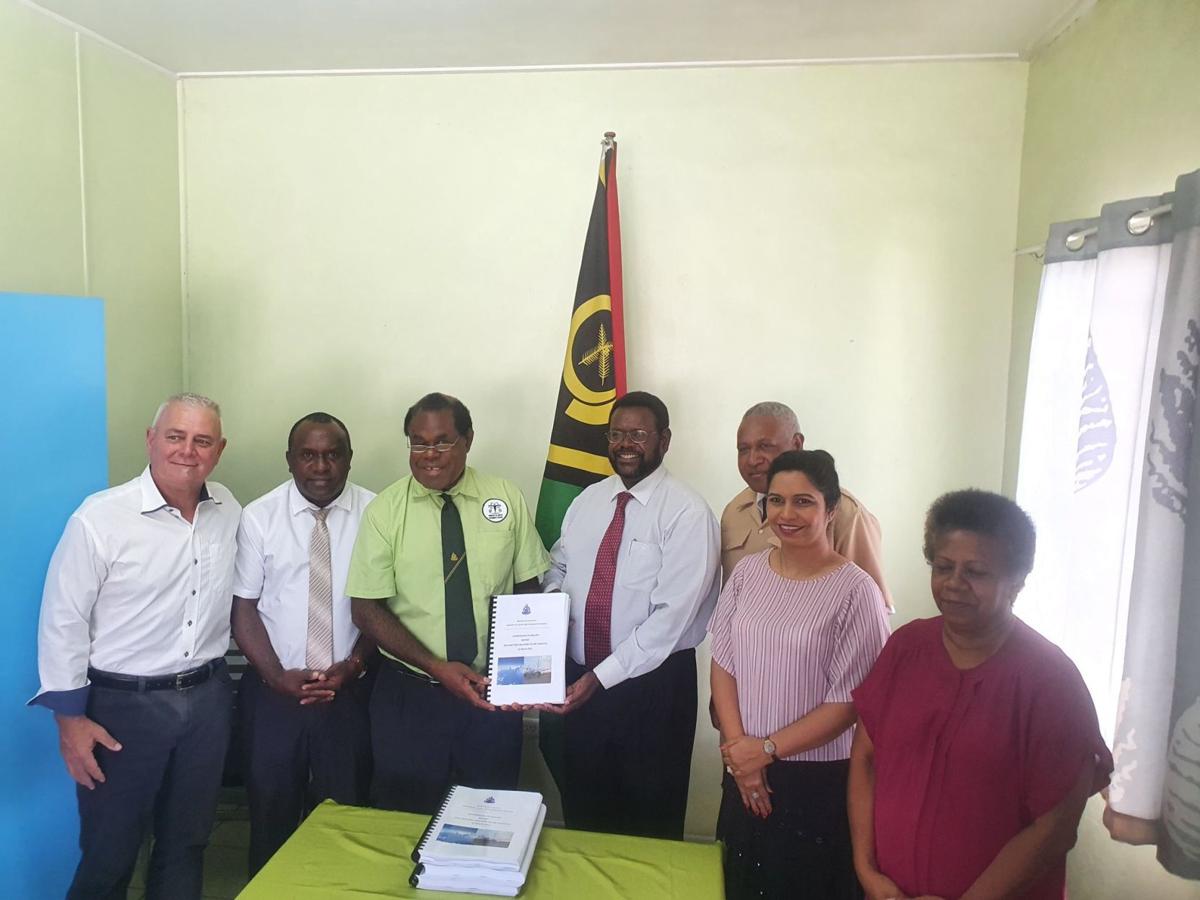 The Commission of Inquiry (COI) report on the purchase of the A220 Airbus series by Air Vanuatu in 2019 was handed over to the Minister of Justice and Social Welfare, Esmon Saimon, yesterday morning in Port Vila.

Chairman of the Commission, John Path said their investigations revealed the Airbus is not a suitable aircraft for a small country like Vanuatu. He said Vanuatu lacks professionals such as pilots and engineers to look after and maintain the Airbus A220.

“Vanuatu don’t even have a hangar for this type of aircraft,” said Mr Path.

He said Air Vanuatu is already facing difficulties and purchasing an Airbus would worsen the financial situation of the national airline. Mr Path said Vanuatu has already signed a purchase agreement with a deposit of about VT2 billion for the aircraft.

Chairman said Qantas, an international airline is currently testing the engine of the A220 aircraft and plans to fly it only after 2026 if there is no problem with the aircraft.

He praised the eight members of the Commission for their commitment in investigating and completing the report. He said their main challenge was that four Air Vanuatu staff that the Commission wanted to interview were abroad due to COVID-19. Mr Path said that they managed to contact the former Chief Executive Officer of Air Vanuatu in his home country, Canada. Mr Path noted the Commission comprises lawyers, experts of aircrafts and administrators. This enabled the Commission to finish the report three months from their appointment.

Minister Saimon acknowledged the report and said at this stage it is confidential. This means the public can only access the report after it is tabled in parliament.

The Minister also praised the Commission for completing the report on time. He said Vanuatu is a country that believes in justice and justice will prevail.

Following the purchase agreement, Air Vanuatu wanted to get four A220 Airbus aircrafts. Initially the first aircraft was supposed to arrive in the country in June 2020, the second in October 2020, the third in May this year and the fourth in May 2022.

In 2019, an Airbus A220 arrived in Vanuatu as part of the demonstration and publicity of the aircraft. The aircraft landed at Bauerfield and Pekoa International airports.