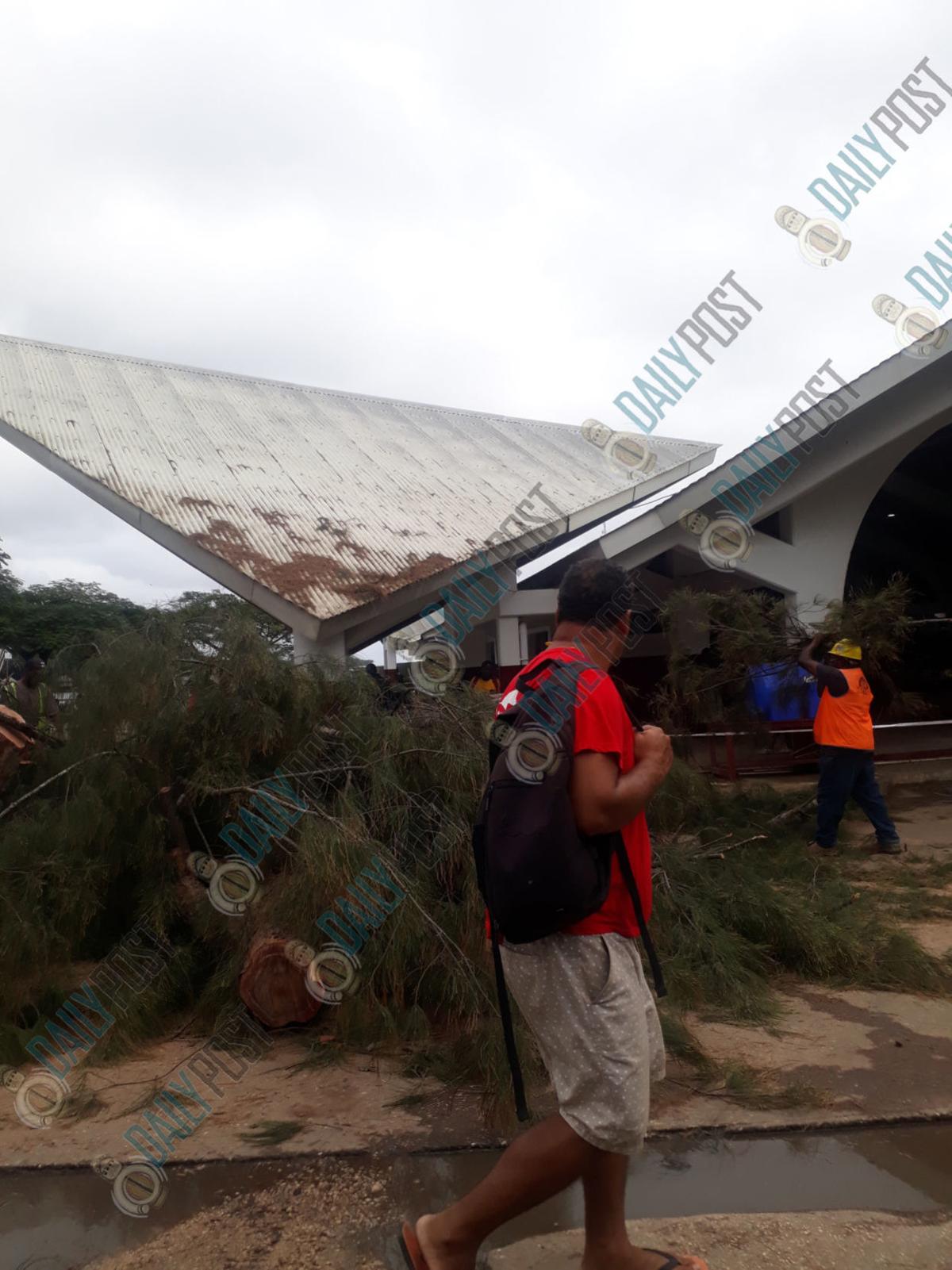 Lord Mayor of Port Vila Municipal Council, Eric Festa has revealed that the underground roots of the sea oak trees beside the Port Vila main market house damaged the pipes and this resulted in a VT1 million water bill for the market house every three months.

However, Mayor Festa explained the reason why the Port Vila City Council had taken the decision to remove the sea oak trees that have been there well before Vanuatu became independent in 1980.

“The reason why the Port Vila City Council had taken the decision to remove the sea oak trees is because the roots of the trees have destroyed the underground water piping, and also contribute to the water pools during rainy season,” he said.

“Also, from time to time, the dried branches of the trees become dangerous for vendors who sat under the trees selling their products.”

He added that it is costing the Port Vila City Council Vt1 million every three months to meet the water bill for the market house, and the bills keep on rising because there are always underground water leakages caused by the underground roots of the sea oak trees, damaging the water pipes.

“I ask those who are concern about the sea oak trees removal to come and listen to my speech on 22nd of July 2020 during the official opening of the new renovated market house, and see what the Port Vila City Council will do at that time,” Lord Mayor Festa said.

“There comes a time when someone or a leader had to make hard decisions, which may not be accepted by some people but that is good and profitable for others and for many.”

The sea oak trees which were removed by the Port Vila City Council last week, were planted back in the 1970s by chief Willie Bongmatur, who later become the first president of the Malvatumauri National Council of Chiefs, back during the condominium days, in the 1970s.

“The Port Vila City Council always respect and honors all the hard work carried or done by many citizens and residents before and after our Independence in 1980 and will always our best to preserve these,” Mayor Festa said.

“However, there are things that had to done in order to accommodate the best interest of everyone as our City continues to develop into the future.”

He further acknowledged the developments of the Port Vila City carried out by past Lord Mayors of Vanuatu’s capital, Port Vila.

“I will formally respond to the concerns of the citizens and residents about the removal of the sea oak trees at the main market house in Port Vila, on 22nd of July,” Mayor Festa concluded.