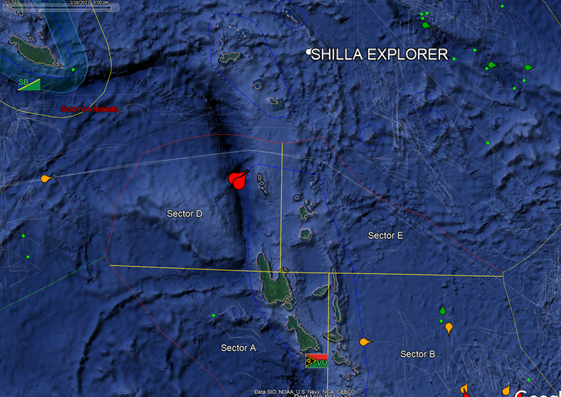 Two Chinese flagged fishing vessels have been detained by the RVS Tukoro after they were detected operating within Vanuatu waters this week.

The vessels are suspected to be conducting Illegal, Unreported and Unregulated (IUU) fishing activities.

RVS Tukoro has escorted the two vessels to Santo and they are expected to arrive in Luganville this morning.

According to background information received, TMS Global Survey and Recovery Services (TMS-GS&RS) – a salvage company — contacted Vanuatu Authorities via email on Christmas eve of 2020, after they discovered that the crew from a fishing vessel which was abandoned in the Bashi Channel, Philippines were transferred to Dong Gang Xing 13, a Chinese flagged fishing vessel with the call sign BZXG4.

Kalwatman deployed RVS Tukoro to the area of interest identified by the Vanuatu Fisheries Department and the French Navy Gardian aircraft was requested to assist with locating the vessels.

RVS Tukoro was then deployed Tuesday night at about 11pm with the approval of the Acting Commissioner of Police to apprehend both vessels.

The French Gardian spotted both vessels and directed RVS Tukoro to both locations, resulting in the successful operation.

The crew on the fishing vessels will be subject to further investigation after undergoing quarantine.