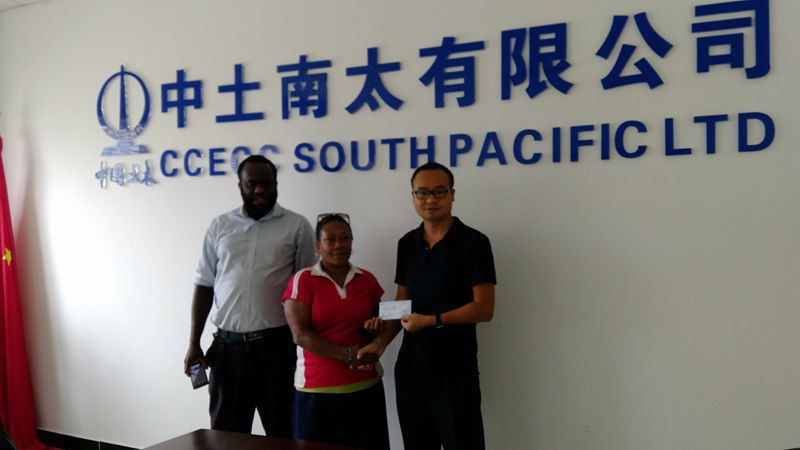 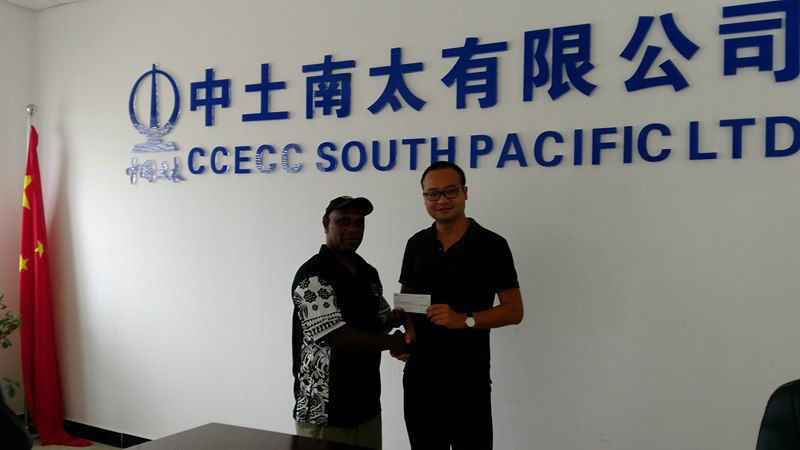 Donation towards Christmas in the Park.

Donation towards Christmas in the Park.

The China Civil Engineering Construction Corporation (CCECC) has donated Vt30,000 to Vanuatu Broadcasting Television Corporation’s, towards the upcoming Christmas in the Park event.

The organising committee will use the money as prizes in the Island dress competition.

The CCECC also donated a similar amount to the Ecole Maternelle Sacre Coeur, towards their fundraising activities to rebuild the school’s facilities.

Speaking at a short handing over ceremony, CCECC Managing Director Yang Song said the donation demonstrates the company’s genuine support for a good cause, especially for the communities around Port Vila.

“We are thrilled that in a small way this help will contribute to families enjoying a good time, celebrating the festive season,” he said.

“It will also help rebuild the Ecole Maternelle Sacre Coeur, a place where this nation’s future generations are educated.”

On behalf of the Christmas in the Park organizing committee, David Patunvanu acknowledged the support given by CCECC, saying the amount donated will be the first, second and third prices of the participants in the island dress competition.

On behalf of the Ecole Maternelle Sacre Coeur chairman of the fundraising committee, Brian Livo expressed his gratitude, saying, “The school does not take any grant from the government or the church, so with the support from the parents we are fundraising to upgrade and improve the school facilities.

“This is a huge support to our school that CCECC is able to donate. We are very grateful for this assistance.”

Both Mr. Patunvanu and Mr. Livo said the support paves the way for further cooperation between them and CCECC into the future.