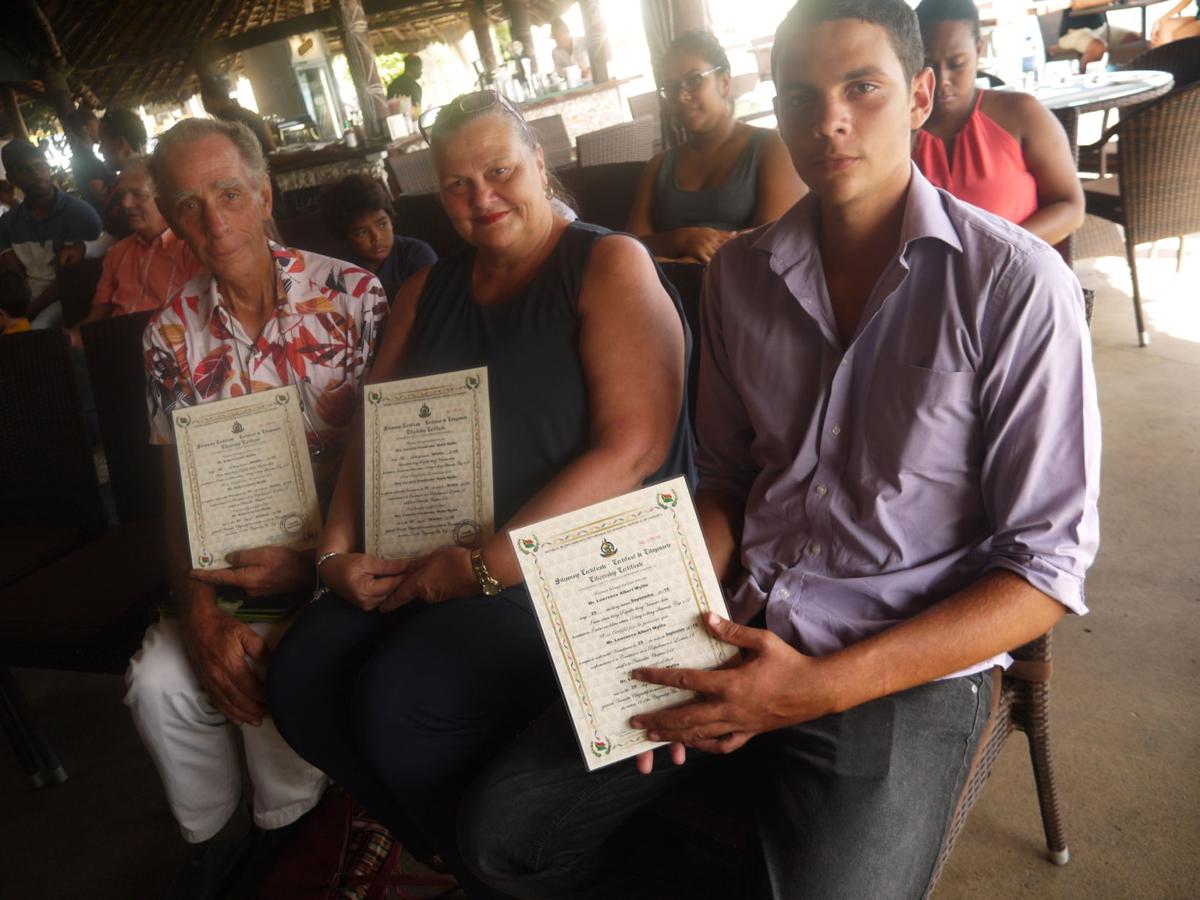 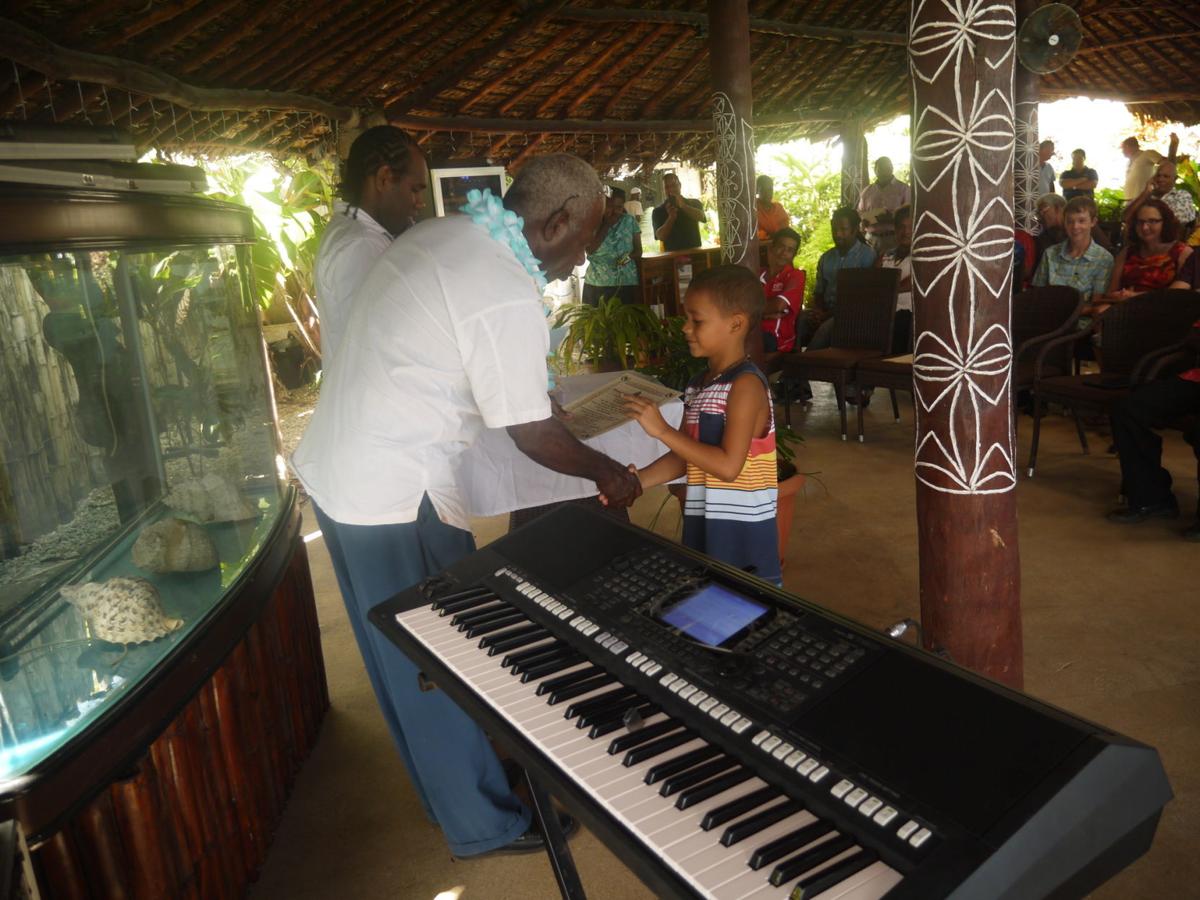 Captain Wyllie said it was an honor to be awarded the Citizenship of the country he’s served for 40 years as a pilot since he first arrived on August 1, 1974 and flew for Air Melanesia, Vanair and then Air Vanuatu, flying starting on the Islander and finishing on the Boeing 737 800.

Speaking at the awarding of the citizenship certificates ceremony at Au Fare Restaurant in Port Vila Friday afternoon, the First Political Adviser of the Acting Prime Minister, George Iapson, welcomed the new citizens and said it was not an easy thing for someone to leave a familiar citizenship environment and become a citizen of another country.

He said citizenship of Vanuatu has many benefits and also certain responsibilities that are legally required for a peaceful coexistence of a community.

The ceremony started with the new chairman Francois Batick asking everyone to observe a one minute silence for his predecessor, the last Chairman, Chief Aiden Lawrence, who died last month.

Also present at the ceremony was Political Adviser of the Office of the Prime Minister, Luna Tasong who also helped present the new citizens with their certificates.