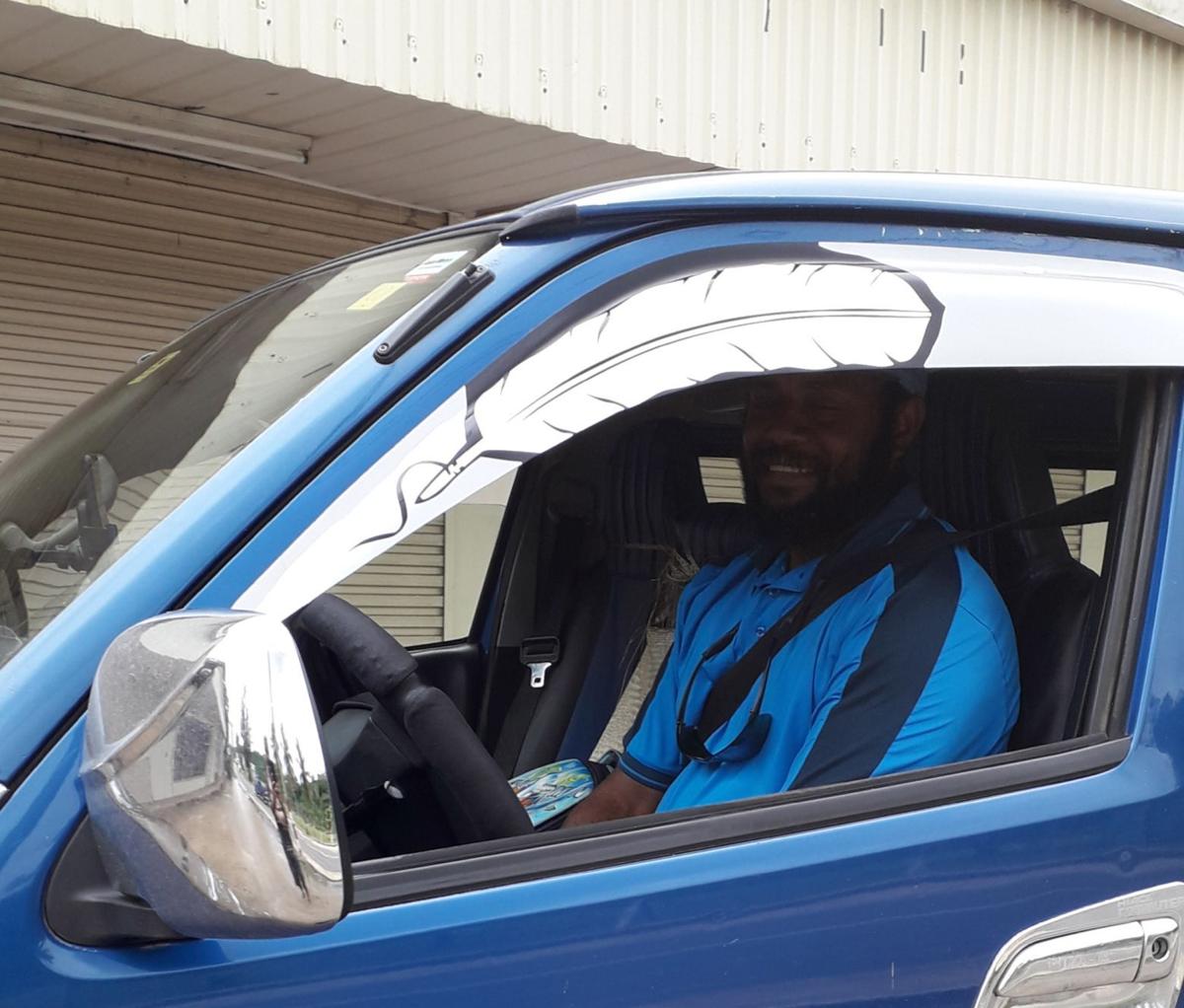 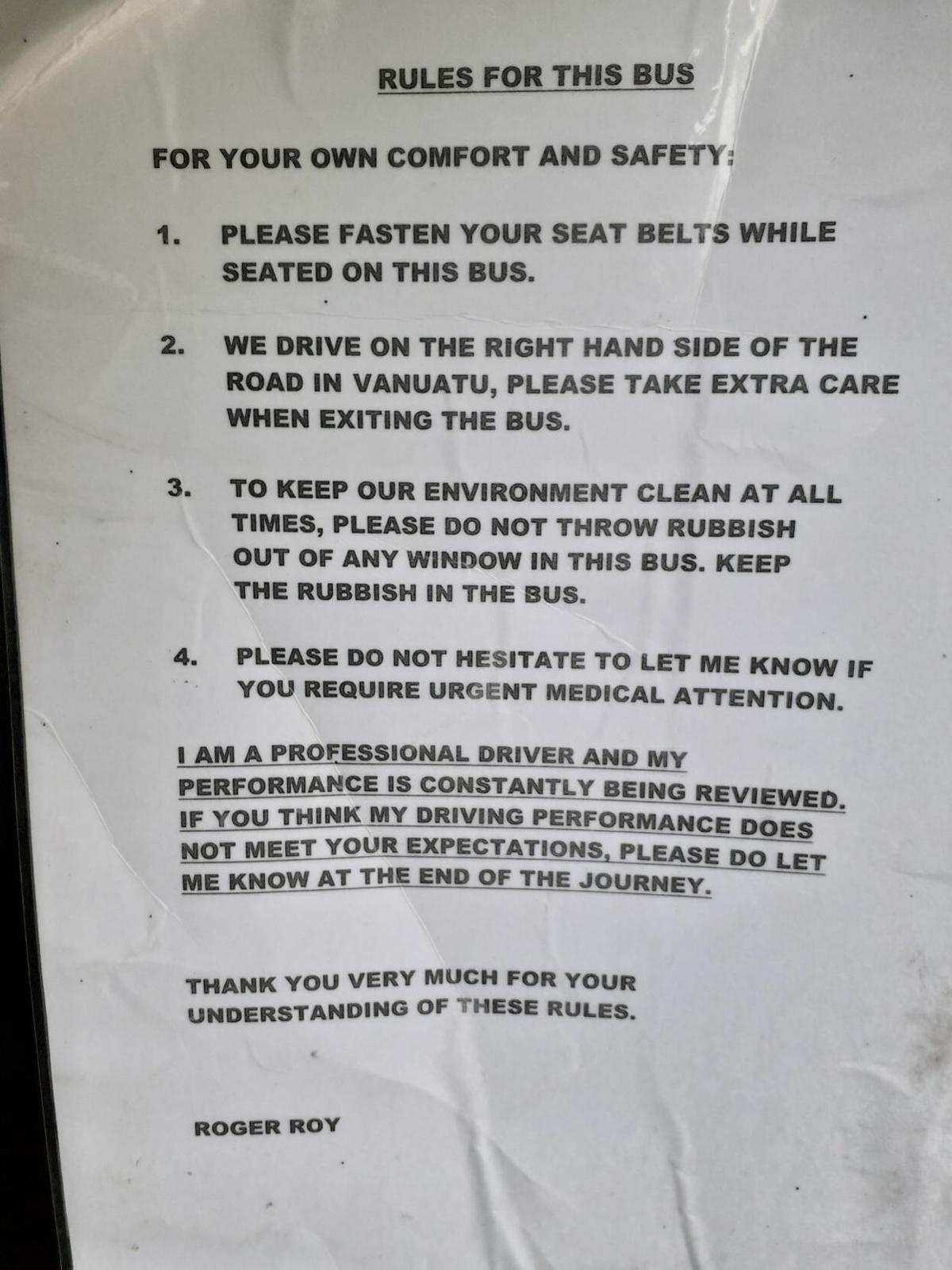 Road safety in public transport has always been a concern to many, however bus driver Roger Roy has decided to go an extra step in safety by making it compulsory for all passengers boarding his bus to wear seatbelts. Roy has even printed out safety rules which he has displayed clearly for all to see.

The man who drives a blue Toyota “box” bus says safety is everyone’s responsibility an as a public transport driver it is his responsibility to take care of those who pay to be transported.

The former ProMedical paramedic says we always talk about maritime safety and aviation safety, but he questions why we never show a lot of concern to land transport which is the most common mode of transport for human beings around the world.

Mr. Roy while working as a paramedic here in Port Vila and during work experience in Australia, he has seen a lot of tragic incidents especially when attending to road accident victims. He says a lot of times, in Port Vila when looking at the victims, he believes they could have been saved or had less severe injuries, had they worn their seat belts.

Mr. Roy explains that while driving anything can happen on the road causing the driver to break suddenly, and naturally when the driver breaks suddenly, occupants of the vehicles would naturally move forwards. He refers to a lot of accidents where victims were thrown forwards through the wind screen or even sideways out the windows. He also refers to the recent road accident on Malekula and says if they had worn seatbelts, lives could have been saved.

Roy encourages other bus drivers to take extra safety measures like he has done and he says they all should not wait for the police, public land transport authority or the tourism ambassador trainers to tell them what to do as they all have the power to take extra steps to make a change and a be responsible for those in their care.

Mr. Roy is one of Vanuatu’s first trained paramedics along with Judy Willie who still works with ProMedical.

He says once a paramedic, always a paramedic. He even carries his trauma kit in his bus while driving around to enable him to treat anyone if his bus is involved in an accident or if he comes across an accident.