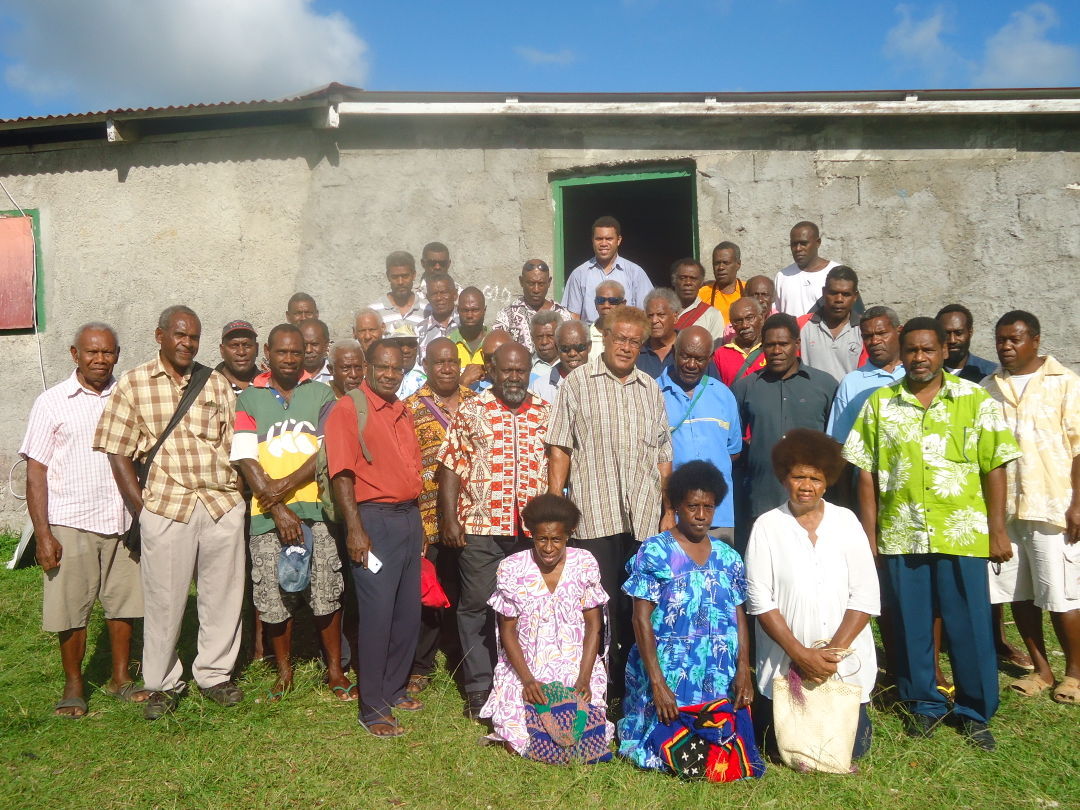 Facilitators and participants outside workshop hall 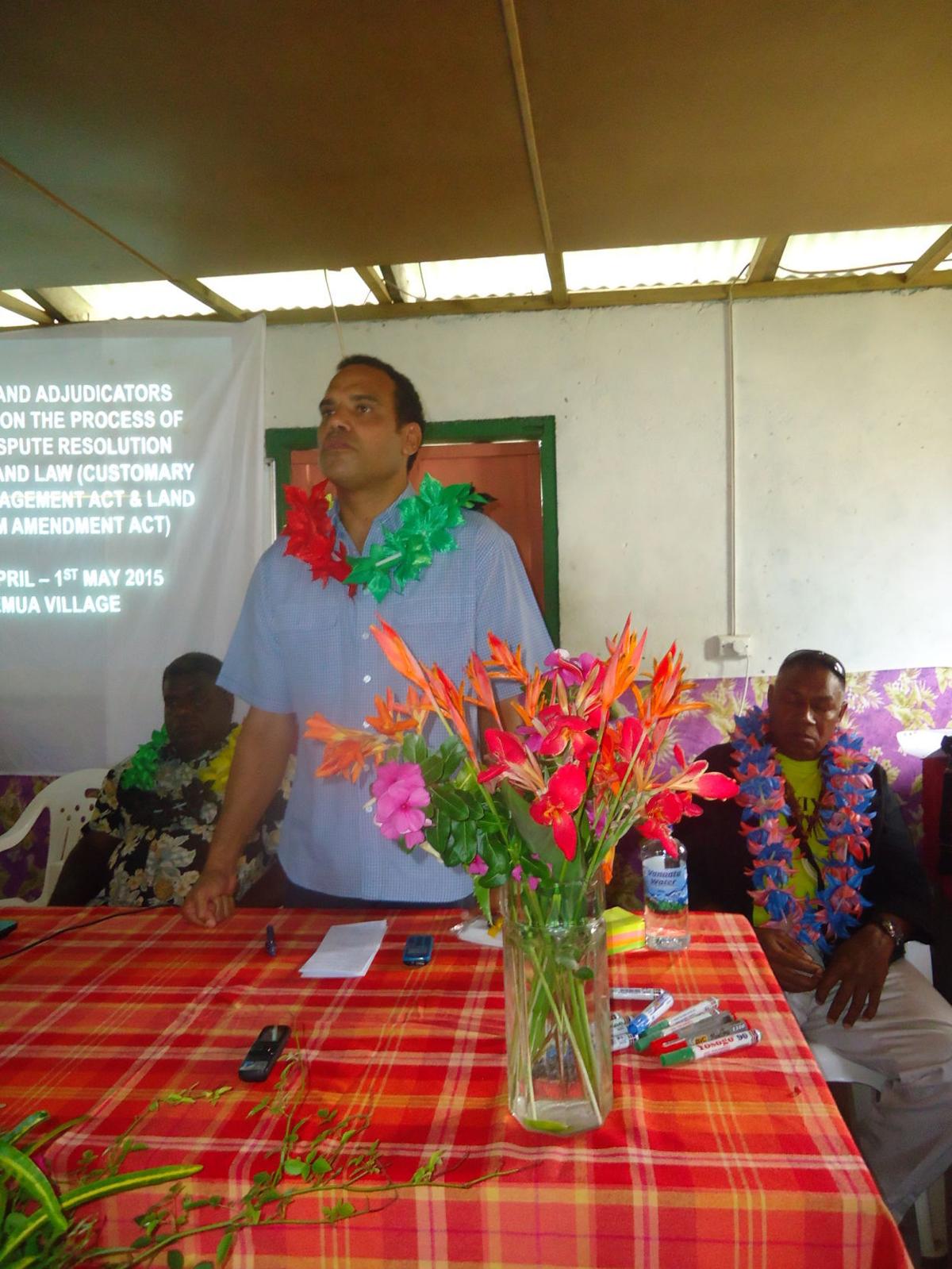 Facilitators and participants outside workshop hall

At long last custom chiefs who have been complaining to the Government for seemingly taking away their powers to preside over their people’s custom land disputes, can now rest assured that they will start to use the new Customary Land Management Act & Land Reform Amendment Act, to hear their custom land cases in their individual nakamals instead of in Western style court rooms.

Under the new Act, no chief of another jurisdiction is allowed to preside over any land case in another jurisdiction. It means all land cases are settled in the nakamal and not go as far as the courts. A complainant can only appeal the process of a case in the island court and not the actual case.

Minister of Lands, Ralph Regenvanu, gave the assurance when he opened a week-long training workshop of chiefs and adjudicators as part of the implementation of the Land Reform Legislations in Emua Village in North West Efate yesterday morning.

The Minister confirmed that the new Customary Land Management Act & Land Reform Management Act was passed at the end of 2013 which came into effect on February 2014.

However, since then no official meeting has been held to find out who is the real custom landowner of a boundary of land. “This workshop is the first of its kind to be organised to train our chiefs and adjudicators to prepare yourselves to become the first village to use the new law to hear the case of a custom land dispute”, the Minister said.

The Minister said it is a historic time in the history of the country to adopt a new system to hear a custom land dispute in the first trial of its kind in the country under the new Land Act.

The Minister said now it is the chiefs who must demonstrate to the Government to confirm to the Government that the Government was right to return the powers to the custom landowners and the chiefs. “The Government as well as I as Minister of Lands, look forward to seeing the law being used to serve its rightful purpose. I hope that we will not see any process which pushes an appeal to the island court”, he said.

The training is the first of its kind being carried out with the collaboration of Customary Land Management Office, Malvatumauri and the Department of Lands, with financial support from the AusAID funded Vanuatu Land Programme and other stakeholders.