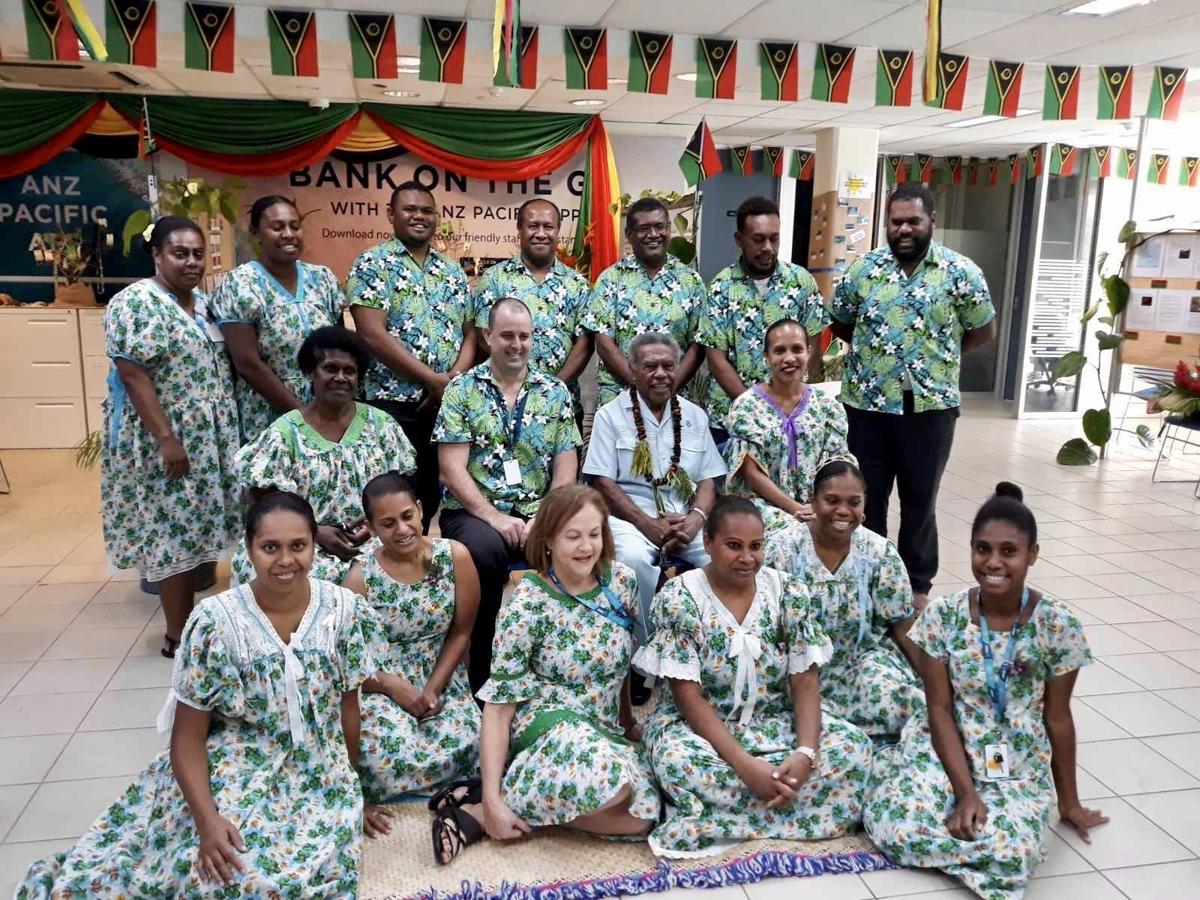 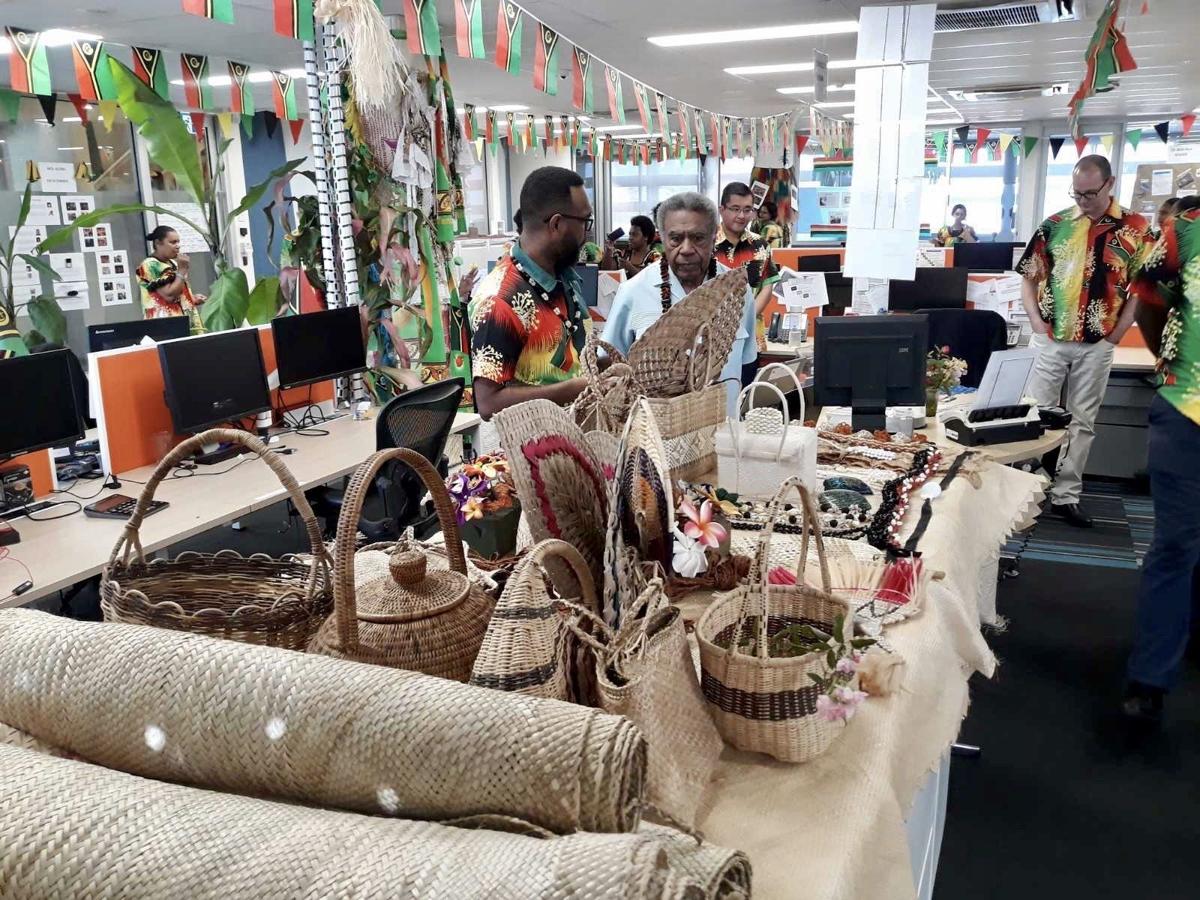 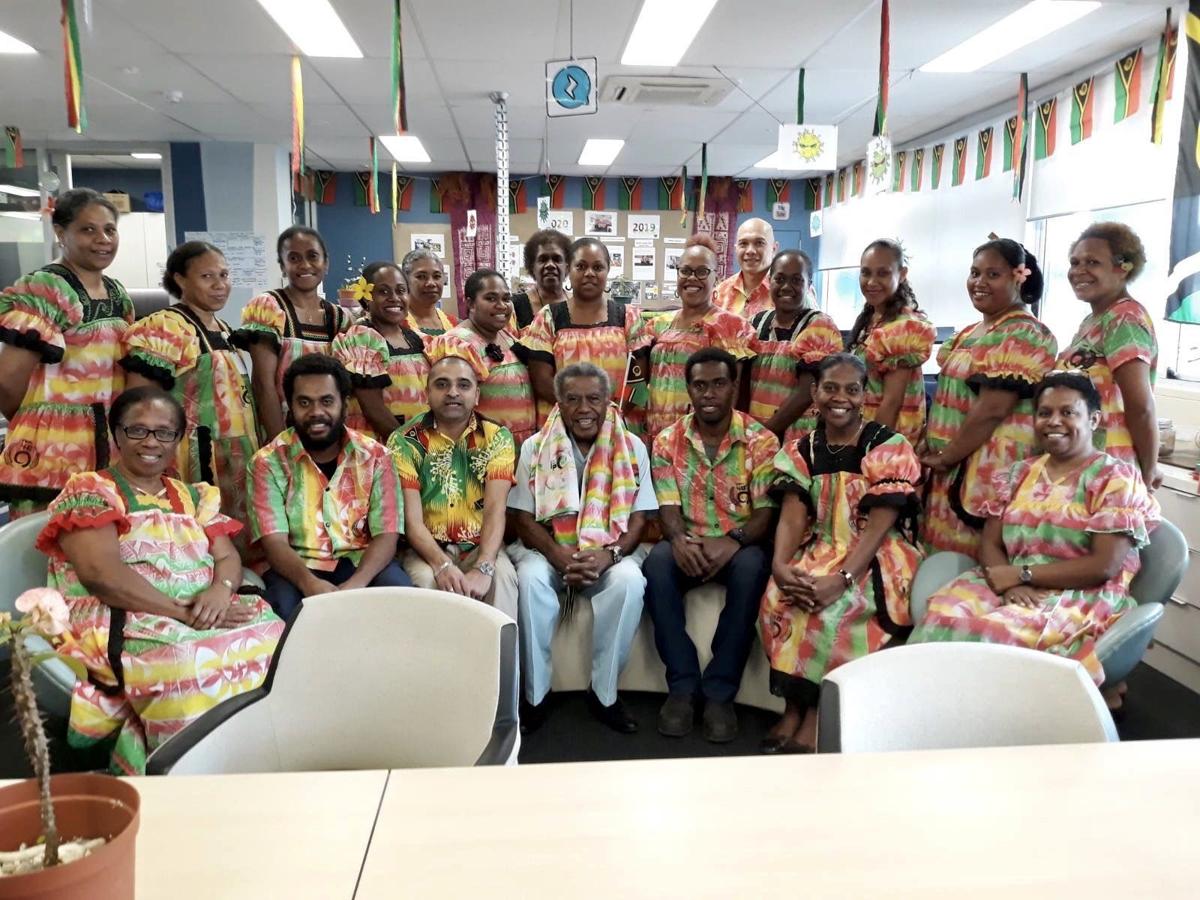 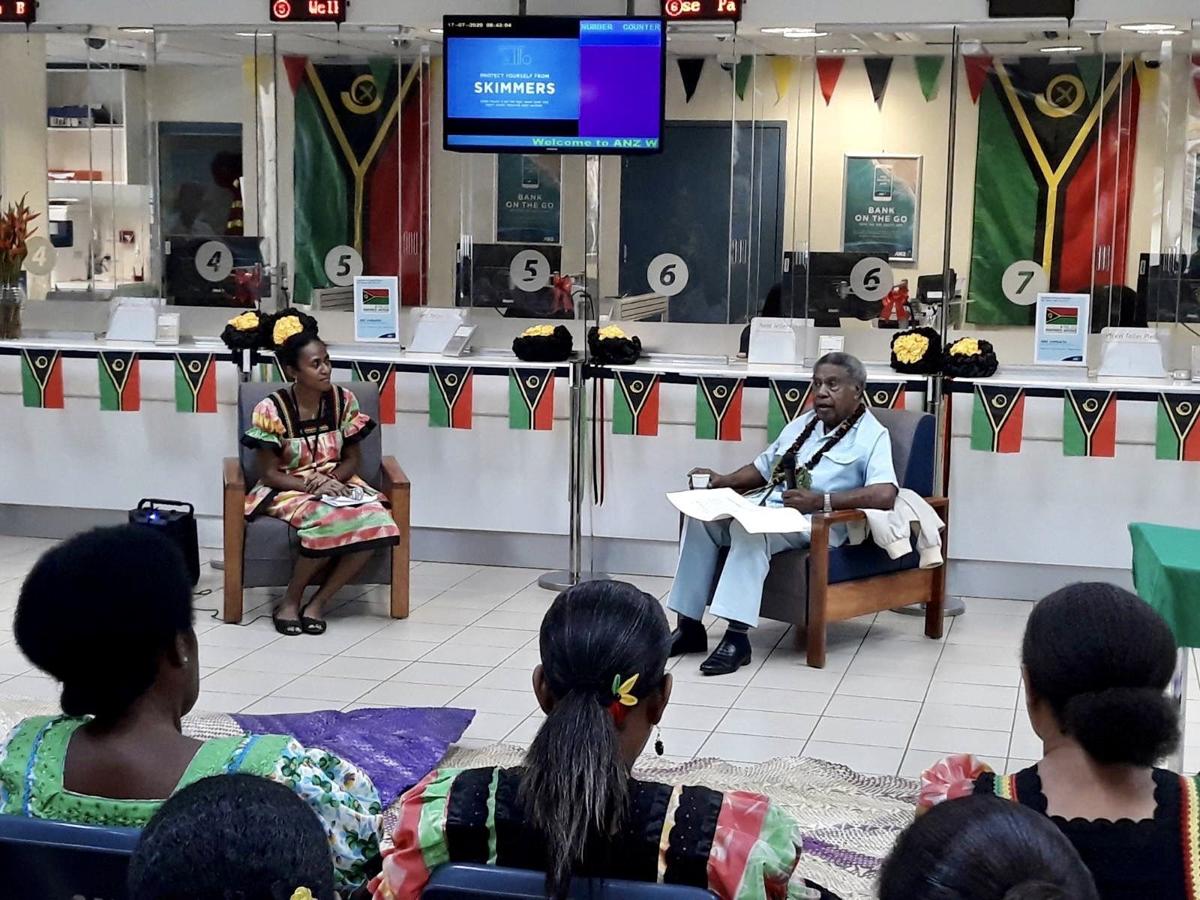 Mr Sokomanu talked about his time as President, his reflections on independence, and his hopes for the future.

“The ideas that made up the main themes for the struggle for independence were, have your own passport, have your own land and become a free man in your own country,” he said.

“ANZ has been here in Vanuatu since 1985, for almost as long as independence and we’re proud to celebrate this milestone for the country,” he said.

“Our staff are really embracing the celebrations. We’ve decorated all our floors here in the ANZ Port Vila branch. Each floor represents a decade of independence. We had a great time hosting first President Sokomanu and showing him through the building.

“Our senior staff are also enjoying educating our younger staff on what independence really means for Vanuatu.”

As part of its month long celebrations, ANZ is featuring pop ups of ni Vanuatu businesses in the ANZ Port Vila Branch, including Tanna Coffee and Vanuatu Brewery. The Port Vila branch also features a display of ANZ and banking memorabilia from the last 40 years.

ANZ staff will also march in the Independence Day parade.