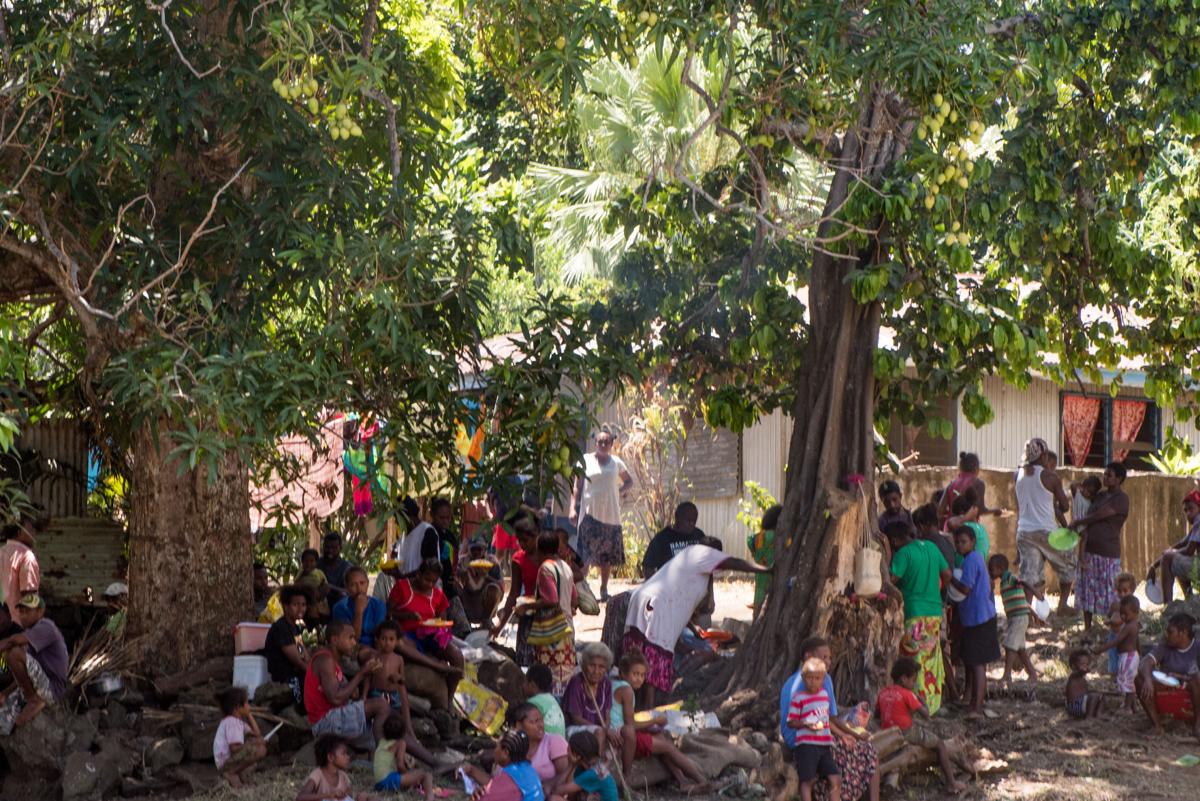 A pre-evacuation village meeting near Nduidui on Ambae. 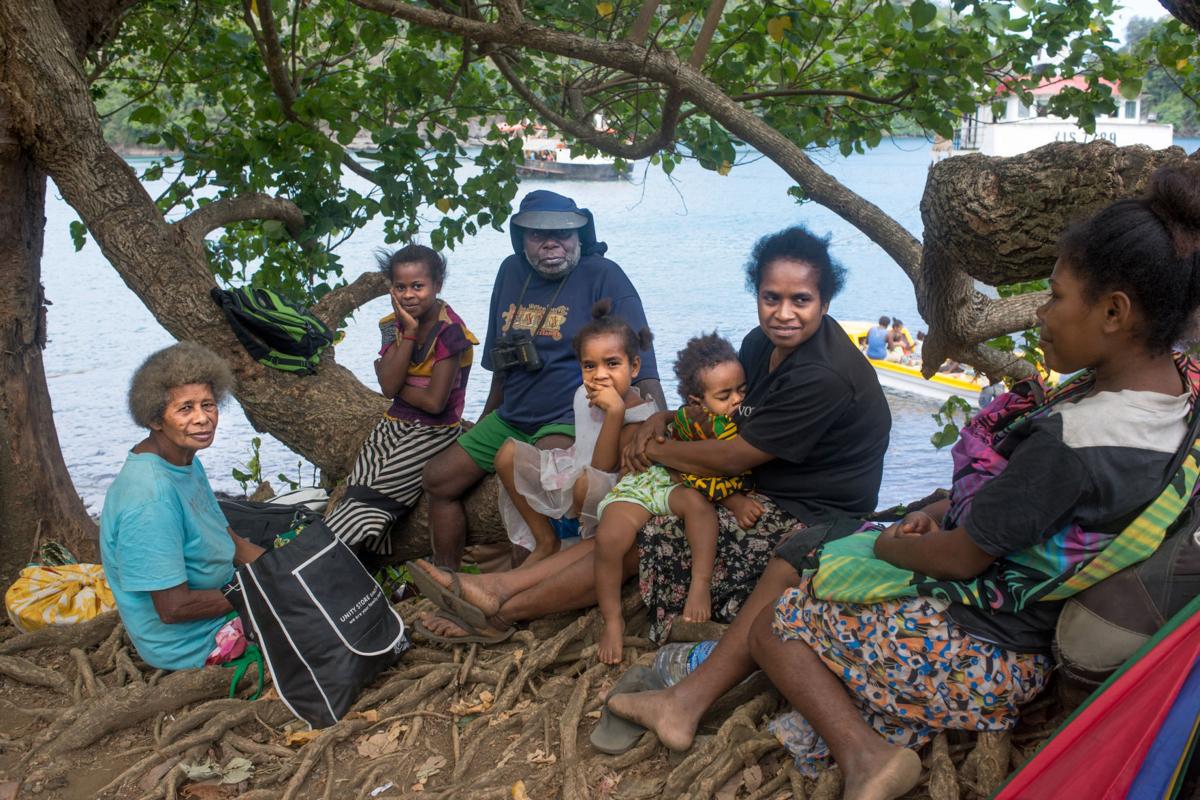 A family waits to board a ship in Lolowai, Ambae.

A pre-evacuation village meeting near Nduidui on Ambae.

A family waits to board a ship in Lolowai, Ambae.

It happens every time disaster strikes in the developing world. The inhabitants of the place become background players in a drama about selfless aid workers saving lives in the furthest corners of the globe.

To be fair, most aid workers reject that narrative. I should know. I’ve been one. When category 5 cyclone Pam devastated Vanuatu, I helped the UNICEF communications team deliver some of the first reports from the storm-ravaged country.

The image of the intrepid white person (let’s not dance around it) saving dark people’s lives is an inevitable and apparently unavoidable product of people’s need to understand. For you millions sitting at home, in the car or on the train, reading or listening to the news, all you’ll ever know—all you can know—about these far-flung localities is what you get in the 90-120 seconds that the media can give you before you move on. If the scene contains familiar faces, it’s easier for you to relate. If it’s spoken in your language, it’s easier still. It’s all about making you care. And your care saves lives.

But we have to find a way to remember that the people in this story speak their own language. They have their own culture, their own values, their own sense of what is right.

The defining aspect of the Manaro volcano story is how quickly and effectively people all across this country mobilised to support Ambae’s population after the volcano forced them into exile.

Goods were being collected from the moment people began to filter down from the hilltop villages that were the first affected by ash and acid rain. Nobody waited for authorities to tell them what to do. Family comes first in Vanuatu, and we are all one family when faced with adversity such as this.

The islands of Ambae and Maewo have always enjoyed close ties, and nowhere was this more evident than in their warm and well-organised reception for the evacuees. One by one, chiefs from north to south designated which groups would be their respective wards. Villagers throughout Maewo stepped up, establishing spaces for them in their villages, digging latrine pits, designating cooking areas, building shelters and providing food, water and other necessities.

People from end to end of the island of Pentecost have turned out and done everything within their power, not just to accommodate, but to welcome Ambae’s exiles. Pangi village in the south is famous for its land-diving. Chiefs there gathered evacuees together and welcomed them with a feast, literally slaughtering a fatted calf for them.

Nowhere has the effort been greater than in Luganville, Santo, which is hosting over 5,300 evacuees. As the ships began arriving, some carrying as many as 1,000 at a time, there were no scenes of pandemonium so commonly associated with mass migrations.

An eyewitness wrote, “People everywhere, trucks and cars everywhere, but everyone [was] calm, no panic, no one upset as the community welcomed them.”

This is the Ambae story: The amazing and inspiring willingness of the people of Vanuatu to do everything—and give everything—necessary to look after their own.

Only one person—an elderly man—has reportedly died so far, and he died of a broken heart at being uprooted from his land.

Vanuatu’s government is not absent in this picture; it is an inseparable part of it. The grassroots Ambae Manaro Organising Committee has worked hand in glove with the National Disaster Management Office to ship donated relied supplies, first to the island of Ambae itself, and now to Santo, for distribution to the large evacuee population there.

The foreign donors, aid organisations and NGOs who know us best will be doing the same: integrating their efforts into local endeavours.

The Ambae Manaro committee yesterday reported that they would be seeking to employ people within the evacuee population itself to provide essential services to their companions. The Santo Ambae Support Community echoes these sentiments.

“It’s so important for the evacuees were welcomed and cared by the community from Ambae, they can talk [the] same language and still feel [at] home.”

Those NGOs with a permanent presence here in Vanuatu know the value of fitting in, employing Ni Vanuatu staff and consultants in key positions in order to ensure that they operate effectively and with sensitivity to local concerns.

In spite of all this, millions of people who know nothing of Vanuatu but its suffering will only see images of military planes, bales of supplies, ships and expat workers doing what they can to help.

On TV screens, tablets and phones, the people of Vanuatu will be reduced to the backdrop against which the soap opera of disaster relief unfolds its all too predictable melodrama.

It doesn’t have to be that way, but sadly, it probably will be.

So today, at least, before our news feed gets swamped with images of Hercules planes, Black Hawk helicopters and crisply uniformed military officers, let’s take a moment to remind ourselves: This is Vanuatu’s story. It’s a story about fellowship, about buddies in bad times, about pulling together, and about helping at all costs.

Can we get through this without international help? Not a chance. We know it’s offered in the spirit of camaraderie and friendship. We’re grateful, too. But when you talk to the international media, please don’t forget who was there first, and who will remain when you’ve gone back home.