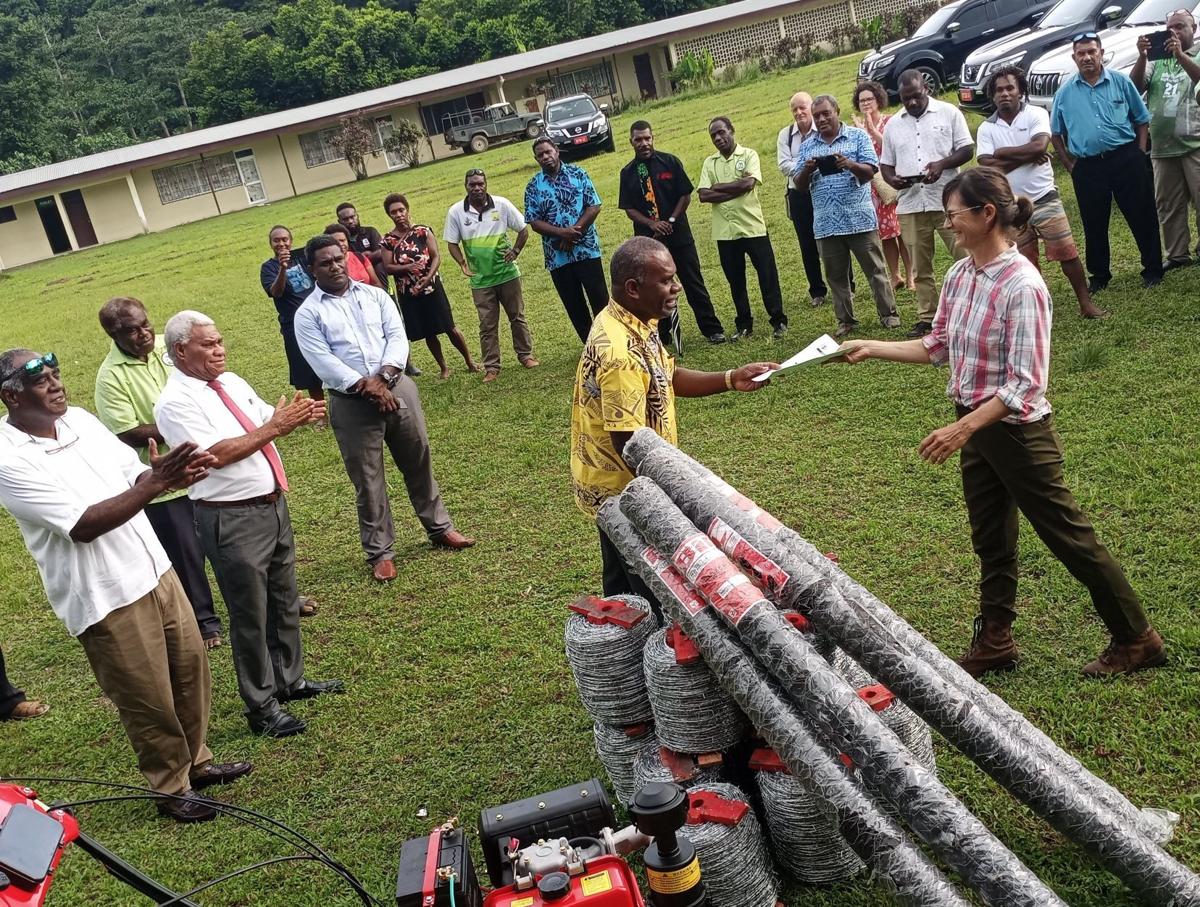 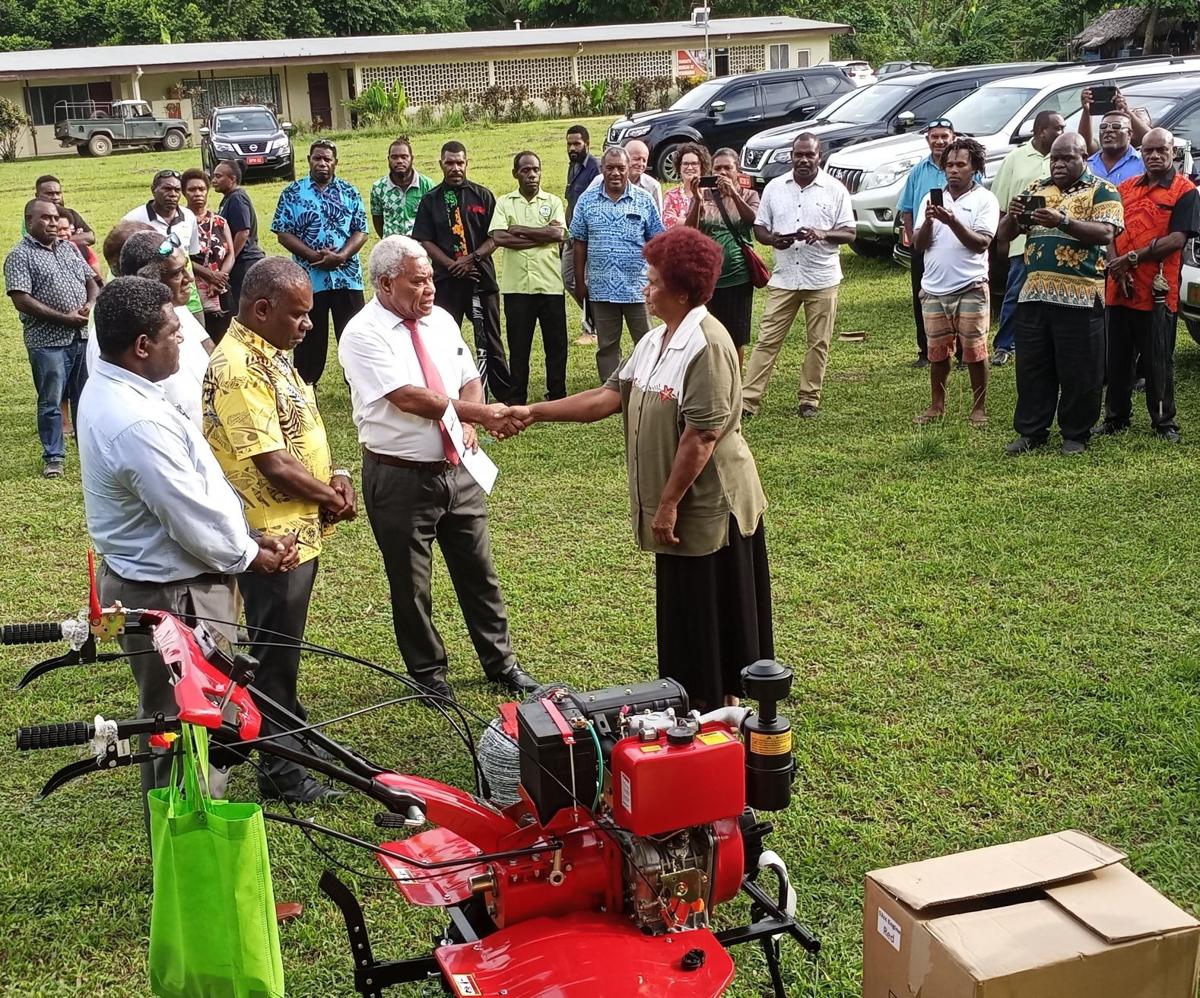 The Government, through the Ministry of Agriculture, Livestock, Forestry, Fisheries and Biosecurity (MALFFB) have begun rolling out the agriculture subsidy incentive - 70/30 and 60/40 after being held off several months.

70/30 incentive allows the government to pay 70% whilst farmers pay 30% of two farming tools -rotovator and hand ground drill. 60/40 applies to farming tools below Vt60,000 such as barbed wire.

The subsidy incentives were held off until a clear implementation process was established for MALFFB to follow in getting them implemented, the Director General (DG) of the MALFFB,  Moses Amos, said this when briefing the Prime Minister (PM) Bob Loughman yesterday.

Deputy PM and Minister of Internal Affairs, Ishmael Kalsakau, Minister of MALFFB Willie Daniel Kalo, Minister of Justice and Community Services, Esmon Saimon and Minister of Finance, Johnny Koanapo, were with the PM to witness the handover of items purchased under the subsidy incentives to four farmers.

The rollout will benefit 300 farmers throughout the country, said the DG.

"Of a total of 1,744 first application submitted, 300 have been accepted. The total value of items to be distributed is over Vt450million.

"There are two levels of assessment. Firstly, applicants must meet requirements of the Vanuatu Primary Producers Authority (VPPA) and secondly, the criteria endorsed by the Council of Ministers (COM).

"PM, I have to apologized that it has taken some time for us to implement the incentive. We want to ensure there is a transparent process to follow and that we (the ministry) are held accountable throughout implementation."

Though it has taken time, we want to do it the right way, said PM Loughman.

A representative of the four farmers thanked the government for its commitment to support farmers through the first every subsidy incentive.

According to DG Amos, the agriculture subsidy incentive will be extended to other provinces after being launched in Port Vila and Luganville on Santo.