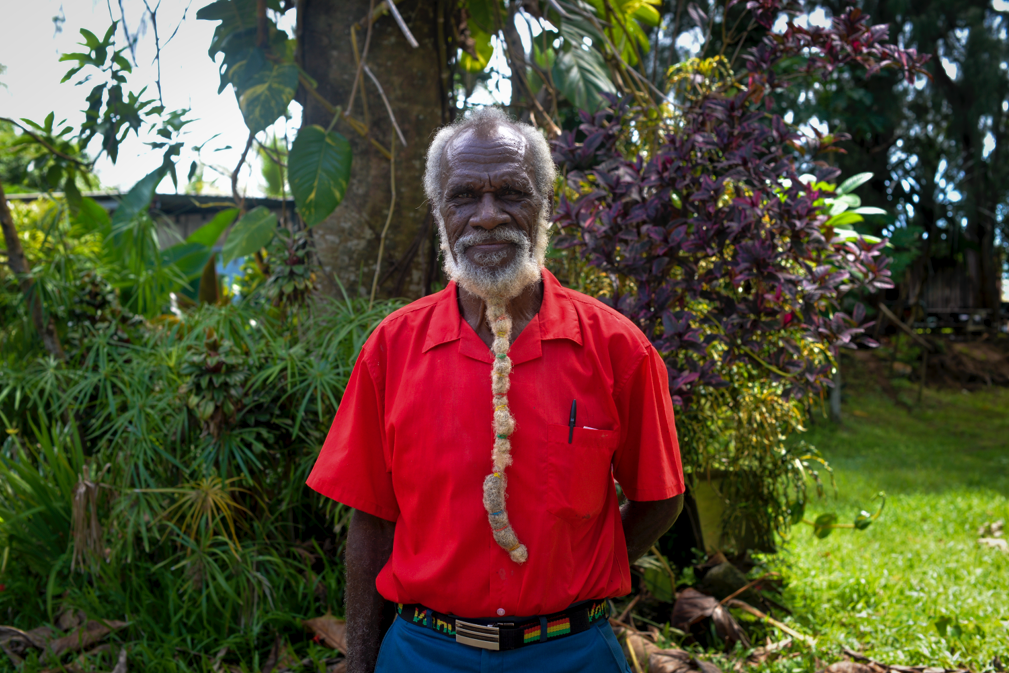 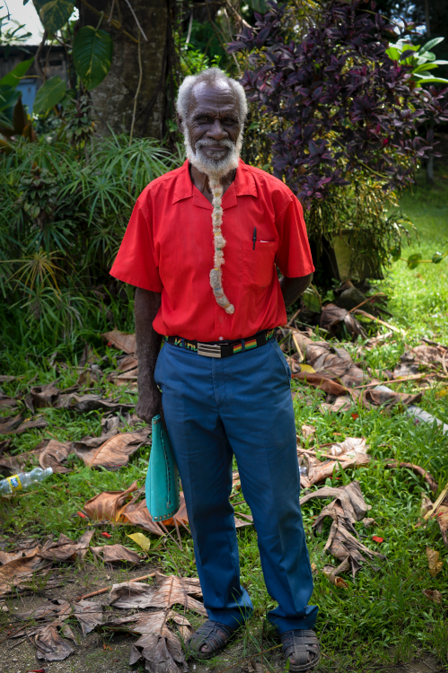 Tasavi Tom Tony, a 71-year-old Chief from North Efate has set the record on being the oldest man to travel around Efate, on foot and within 1-day, 9 hours and 45 minutes.

Tasavi, or Chief Taripoaliumanu is from a village in Nguna called Tanoropo, located off the northern coast of Efate in Undine Bay.

Born in 1949, Tasavi preferred being described as a ‘sportive man’ with an athletic background of being a swimmer, a hiker and a cyclist in his prime years.

Last year, Tasavi began his walk early in the morning of December 30th at Anamburu, traveling North-West and returning back to his checkpoint on December 31st, in the evening.

“It has been my New Year goal to make a complete circuit on foot,” he said with pride.

“From the past years in 1951, there have been elders around the ages of 60-70 who travelled by foot around the island, but it took them three days and three nights to make a complete circuit.

“I’m proud to be one who did it in approximately 33-hours and 43-minutes.”

Tasavi has set a new challenge by carrying with him only a bag with his water bottle, towel and extra clothes.

“I had no time to talk to people I met along the way or from villages and communities I passed.

“It rained six times but I had no time to stop, I had to refuse a number of kind people offering me a ride during my walk, I was walking against time.”

Tasavi said with no time to spare, he had to eat and walk at the same time. “It was getting dark the moment I reached Epao, I had no phone and no flashlight, it was a struggle to walk in the dark but despite the fuss people say, I had no encounters with any evil spirits (Nakaimas) which is one thing people from North Efate feared the most when walking alone at night.

“Whenever I become drowsy, I had to jog to keep me awake.”

The old man said his aim was to make a memorial record of 2020 which he will pass on the tale to his six children.

“We’ve all had a drive around the island, only to see the view in a split-second from the window of a moving vehicle,” he reflected.

“It’s a whole different experience when traveling on foot, you get to be in the moment, breathe the air and see the places in a different perspective.”

Tasavi leaves off with an encouragement to youths, to “stop sleeping too much and make use of your raw, God-given talents, in order to leave behind a legacy worth remembering”.